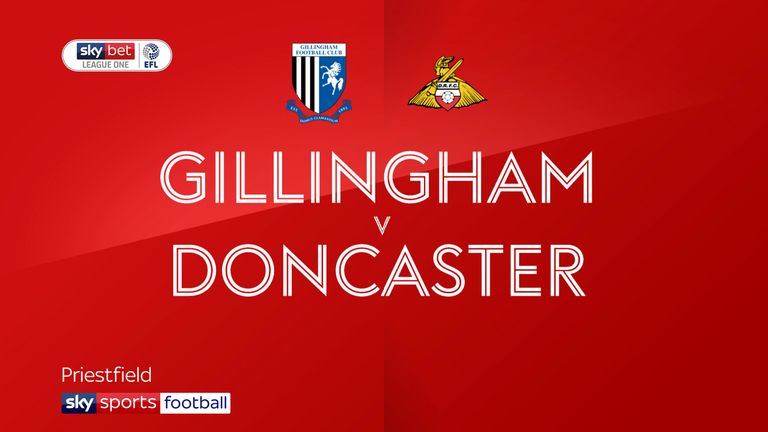 Highlights of the Sky Bet League One match between Gillingham and Doncaster.

Cameron John endured double disaster as his two own goals enabled in-form Gillingham to come from behind and beat 10-man Doncaster 2-1.

Ben Sheaf had spectacularly fired into the top corner from 20 yards to put Rovers in front in the 13th minute.

But the visitors were reduced to 10 men as striker Fejiri Okenabirhie saw red seven minutes before the break after tangling with Barry Fuller and appearing to elbow the Gills right-back.

Tom Anderson's half-volley crashed off the foot of the post as Doncaster nearly regained the lead five minutes after the break but Gills went ahead when John sliced Jordan Roberts' cross into his own net in the 67th minute.

Roberts then hit the post late on for the hosts, who are now unbeaten in 13 league games dating back to December.