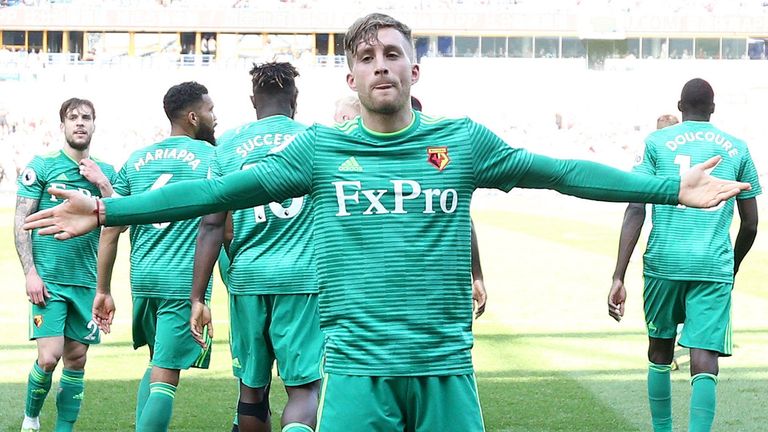 Watford took a big step to becoming the ‘best of the rest’ in the Premier League as they moved seventh with a 2-1 win at Huddersfield on Saturday.

Gerard Deulofeu was at the double (4, 81) for the Hornets as he replaced the suspended Troy Deeney to great effect - the Spaniard has now scored eight goals in his last nine games.

Huddersfield's miserable season is ending with a whimper - this was their seventh straight defeat, although Karlan Grant did net a late consolation (90+2).

Watford could qualify outright for the Europa League by winning the FA Cup final, but if Manchester City win at Wembley, then the Europa League qualifying spot would be handed to the side that finishes seventh in the league.

Watford started with great intent and were ahead inside four minutes.

Jonathan Hogg squandered possession under strong Watford pressure, and after Abdoulaye Doucoure's shot was blocked, Deulofeu was on hand to whip a silky effort into the far corner.

It was the same technique he used against Wolves at Wembley.

Huddersfield 18-year-old midfielder Matty Daly made his first-team debut just before half-time, in place of Hogg, who had struggled and was on a booking.

Watford always seemed in control but were given a scare as Steve Mounie's overhead kick looped just over the crossbar.

Deulofeu sealed victory for Watford when he calmly finished from close range after Isaac Success' strike had been palmed away by Jonas Lossl.

Grant, a 66th-minute replacement for Mounie, nodded home in injury time to leave the home fans with something to cheer, but in truth, it was another bleak result for Jan Siewert's men.

Who else? Despite struggling with an ankle injury in recent weeks, Deulofeu looked a man still at the top of his game in front of goal. He took just four minutes to whip home a trademark silky finish with his instep and was in the right place at the right time to fire home what was eventually was the crucial second goal.

Jan Siewert: "It was a big frustration as we were on the back foot after five minutes. We had some big opportunities to score - we had more chances than them but couldn't score. It was hard to take, but it's a learning process for me." 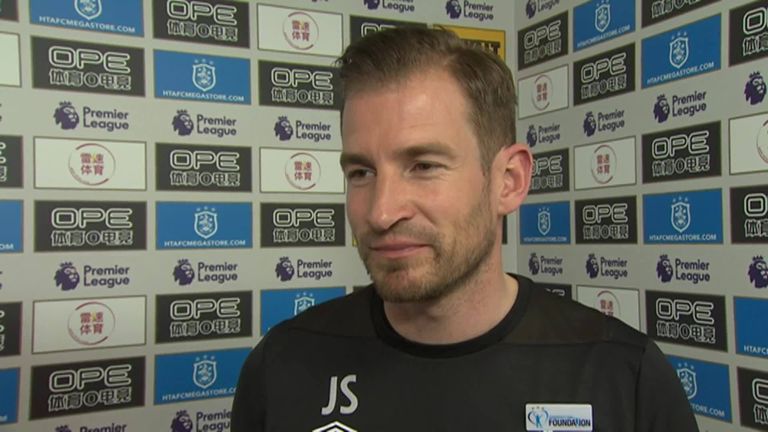 Huddersfield's Jan Siewert says he will stay positive and learn from this season after they fell to a 2-1 defeat to Watford.

Javi Gracia: "At the moment, I'm not thinking about whether we'll be able to keep that position [seventh] or not. We're playing again in three days and have to prepare the players." 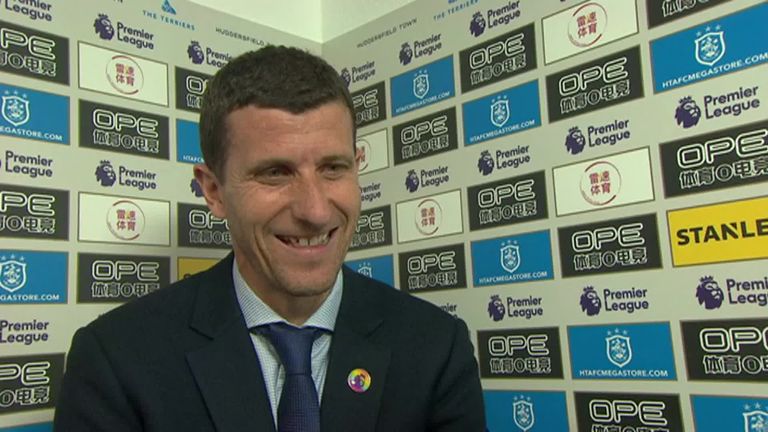 Watford's Javi Gracia praises Gerard Deulofeu after his two goals helped them to a win over Huddersfield.

Huddersfield face a trip to Anfield on Friday Night Football as they try to dent Liverpool's title challenge while Watford play Southampton on Tuesday night.