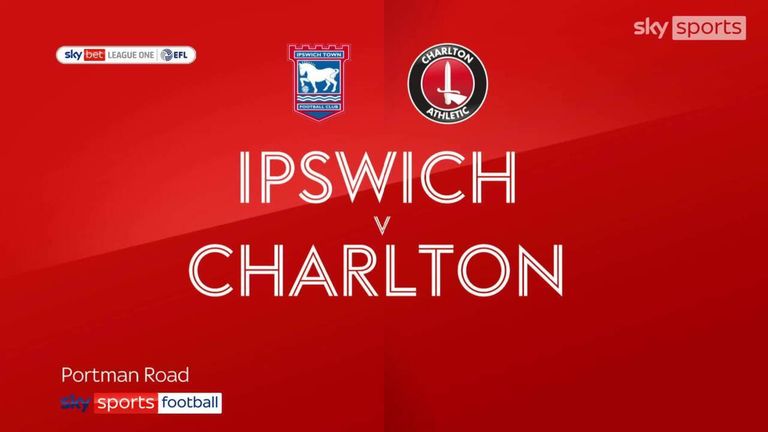 Highlights of the Sky Bet League One game between Ipswich and Charlton.

Two goals from leading scorer Wes Burns, a well-struck effort by Tyreeq Bakinson and a poacher's finish from James Norwood secured Ipswich a 4-0 League One victory at home to Charlton.

Town swept into a two-goal lead in a blistering opening 11 minutes.

Bakinson opened the scoring when he rifled a 20-yard shot into the top corner of the Athletic goal and Burns extended the Ipswich lead with his 12th goal of the season.

Macauley Bonne had the ball in the net but his effort was ruled offside and Charlton almost reduced the arrears but were thwarted when Ipswich goalkeeper Christian Walton tipped a header from Jayden Stockley round the post.

Town extended their lead through Burns when he converted a cross from Bonne but Conor Washington should have replied for Charlton with just Walton to beat.

A wonderful move thrilled most of the 26,002 fans in the stadium which ended with Sam Morsy side footing the ball wide.

Charlton struck the crossbar through Stockley, Ryan Inniss powered a header narrowly wide and Walton was on hand to grab the ball following a scrabble in the Ipswich six-yard box.

Norwood rounded off the scoring in the dying moments when he drilled a shot past Nathan Harness from an acute angle.