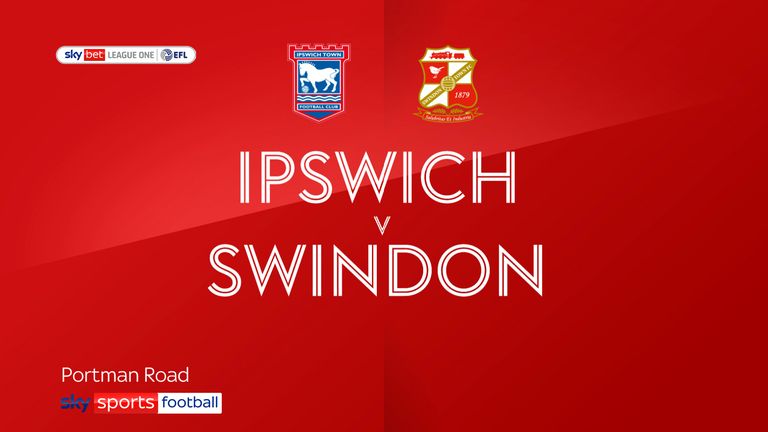 Highlights of the Sky Bet League One match between Ipswich and Swindon.

Relegation-threatened Swindon stunned promotion-seeking Ipswich with a 3-2 victory thanks to two goals from former Norwich winger Diallang Jaiyesimi and a wonder strike from Scott Twine.

James Norwood and Alan Judge replied for Town but the visitors hung on for a well-deserved victory.

Swindon took the lead when a cross from Dominic Thompson was headed home by Jaiyesimi after 16 minutes.

Alan Judge had the chance to equalise when he latched onto a perfectly-weighted chip by Andre Dozzell but goalkeeper Mark Travers came out to deny the Ipswich midfielder.

Judge's speculative shot 25 yards from goal struck the Swindon post before the hosts drew level in the second half.

Half-time substitute James Norwood got lucky when the ball struck him and went into net after coming off Swindon defender Paul Caddis in the 62nd minute.

But Swindon regained their lead during with two goals in seven-minute spell. Twine struck from 30 yards and Jaiyesimi added a third when his cross looped into the back of the net.

Ipswich responded with just three minutes remaining when Norwood picked out Judge inside the six-yard box, who tucked the ball past Travers but Swindon held out for the three points.