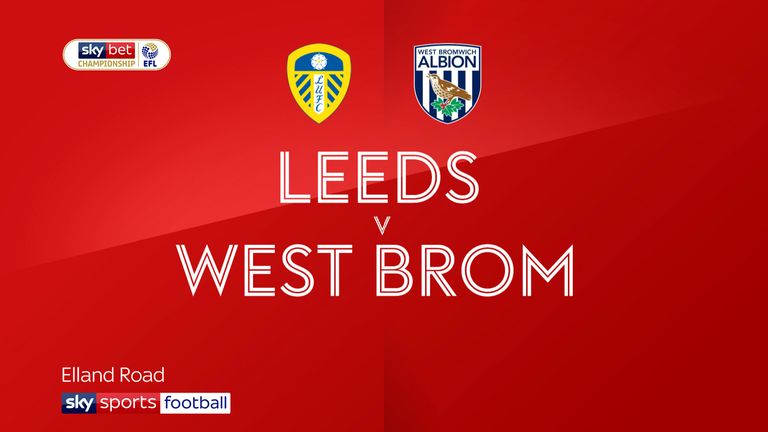 Ezgjan Alioski struck the decisive goal as Leeds usurped West Brom at the top of the Sky Bet Championship and ended the Baggies’ unbeaten start to the season, after a 1-0 win at Elland Road on Tuesday night.

The hosts were denied a soft penalty when Kyle Bartley blocked Stuart Dallas' shot inside the first 20 minutes, but they took the lead seven minutes before the break when the unfortunate Bartley deflected Alioski's shot over the line (38).

The result means the unbeaten start for Slaven Bilic's men ends at nine matches; they drop to second after their first defeat, with Marcelo Bielsa's side moving a point above them.

As had been the case for the Baggies against QPR at the weekend, these two in-form sides facing one another produced a cagey affair. Leeds, though, looked menacing on the break throughout the first half.

The hosts appealed for a penalty after Stuart Dallas' flick appeared to inadvertently strike the hand of Bartley, but clear-cut chances came at a premium for both of last season's beaten play-off semi-finalists.

Leeds boss Marcelo Bielsa stuck with the same starting 11 that lost 1-0 to Charlton on Saturday, while Hal Robson-Kanu replaced Charlie Austin up front for the unbeaten Baggies.

Until the closing stages of the first 45 minutes, that was. Jack Harrison was crowded out inside the area and he dropped off to Alioski, who arrowed the opener into the bottom corner via a deflection from Bartley. Johnstone then denied Patrick Bamford and Helder Costa with two brave stops as the hosts chased a rapid second.

Exciting link-up play between Matheus Pereira and Grady Diangana caused Bielsa's men headaches after the break, as did the introduction of Filip Krovinovic, yet Kiko Casilla would not be beaten between the sticks.

Johnstone prevented Leeds doubling their lead when he beat away Harrison's swerving effort inside the final 10 minutes and though Kenneth Zohore passed up a pair of half-chances late on, it wasn't enough to earn a point.

Man of the match - Patrick Bamford

Forever referred to as an 'ex-Chelsea youngster' Bamford continues to strengthen his case as Leeds' leading man, despite the fact he's not scored since a 3-0 win over Stoke on August 24.

The goals aren't flowing, but then again, they never have for the 26-year-old. He forced a smart save from Sam Johnstone in the first half, but it's also his work off the ball that keeps him in Marcelo Bielsa's good books. Eddie Nketiah could be waiting in the wings for weeks to come.

Leeds boss Marcelo Bielsa: "It was a first half well played. In honesty, after they had built very good play in the second part of the second half, they were at a good level. We have defended with a lot of effort. 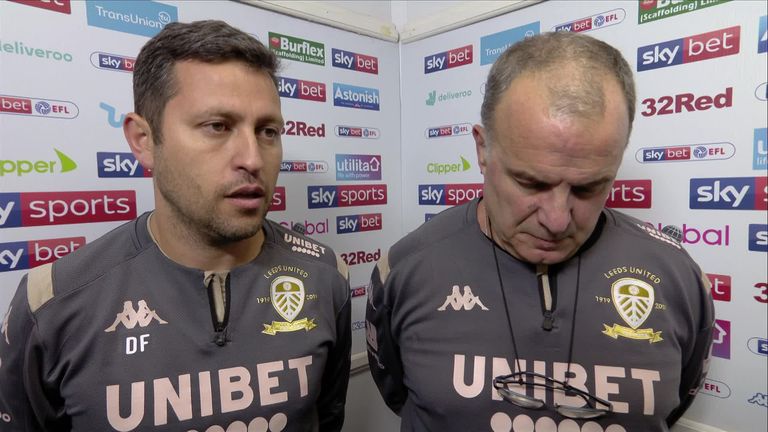 Reaction from Marcelo Bielsa after Ezgjan Alioski scored the only goal of the game as Leeds ended West Brom’s unbeaten run in the Championship.

"I'm sorry that I had to substitute Tyler [Roberts] in the second half. We put him on the pitch because we thought about having more of a presence in attack but the match has changed and it wasn't for him."

West Brom boss Slaven Bilic: "We knew that they were going to be aggressive at home - they always are. To be fair in the first half, they were winning those loose balls and from the quantity of attacks, they scored the goal. 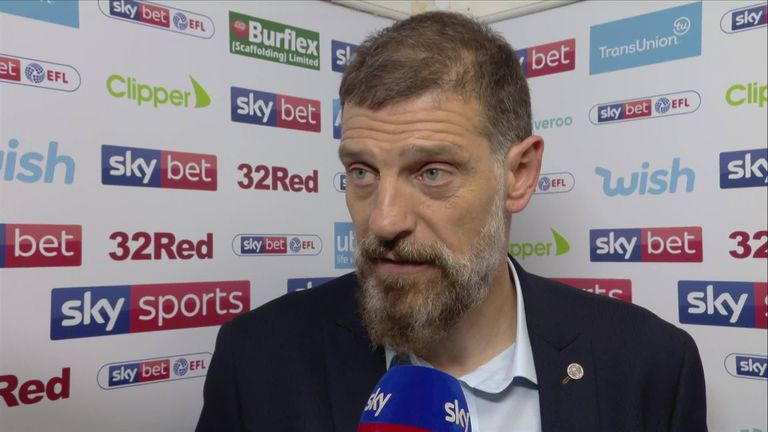 Slaven Bilic felt his side’s second half performance was good enough to warrant a point in their 1-0 defeat at Leeds, their first defeat of the season.

"In the second half, I'm very proud of our performance. I didn't see Leeds for a long time as they were on the back foot, almost the whole second half. They created chances, of course, but we were there all the time. We were concrete. We basically played really good but all that was missing was that final shot."

Championship leaders Leeds travel to Millwall on Saturday, while West Brom host Cardiff at The Hawthorns. Both fixtures get underway at 3pm.