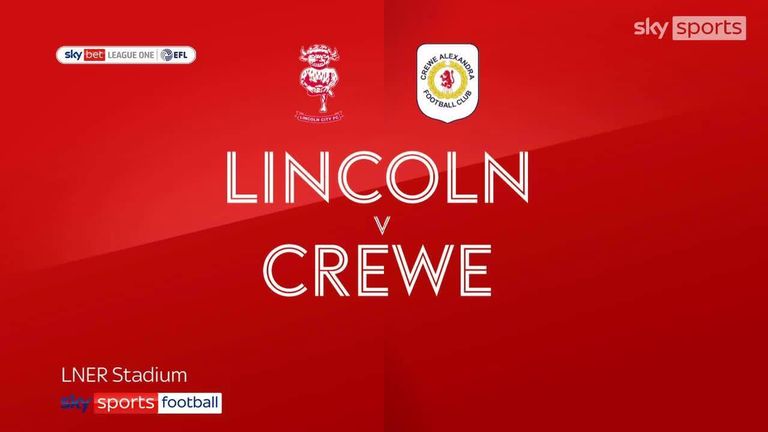 Highlights of the Sky Bet League One game between Lincoln and Crewe.

Hakeeb Adelakun scored a late winner as Lincoln rounded off their Sky Bet League One campaign with a 2-1 victory over relegated Crewe.

The Imps looked to be heading for a home defeat after Chris Long's first-half goal.

The visitors wasted chances to take the game away from Lincoln and were made to pay as substitutes Tom Hopper and Adelakun scored in the final 11 minutes.

The Alex took the lead after 21 minutes when the ball was slipped through to Long and he was afforded far too much space in the box and produced a tidy finish beyond Jordan Wright.

Crewe had further chances before and after half-time, with Oliver Finney wasting the best of them as he blazed over from close range.

Lincoln boss Michael Appleton sent on Hopper and Adelakun, and both found the net to turn the game on its head.

First, in the 79th minute, with two players waiting to come back after being treated for injuries, Hopper headed home at the near post from a corner.

Then, on the stroke of full-time, Adelakun fired low into the corner of the net after good footwork on the edge of the box.