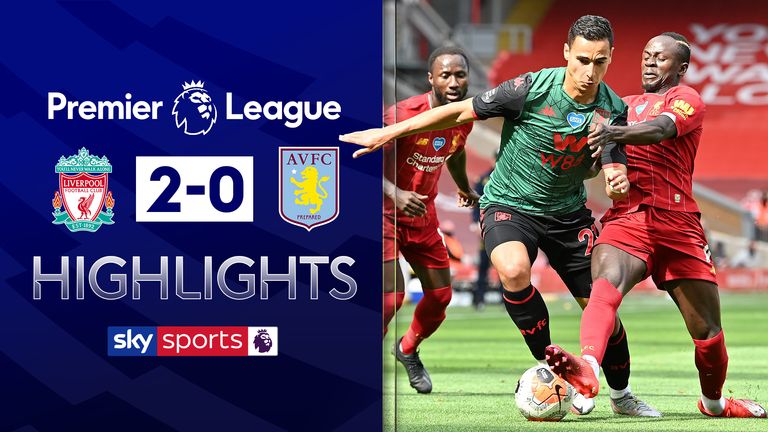 In their first home game since being crowned Premier League champions 10 days ago, Liverpool were fortunate to edge past their relegation-threatened visitors, who had the better of the few chances at Anfield.

However, Mane, so often Liverpool's saviour in times of need, was picked out by Naby Keita's precision pass inside the box 19 minutes from time to rifle an effort in off the crossbar and beat former Reds goalkeeper Pepe Reina.

And when substitute Jones, who signed a new long-term deal at Anfield earlier this week, doubled the lead with a placed finish late on, that confirmed Liverpool would move within two matches of becoming the first team to win every home game in a Premier League season.

Villa could have led by the time Mane struck the opener with chances falling for Anwar El Ghazi and Douglas Luiz in either half but failed to sufficiently test Alisson, as the visitors remained a point adrift of safety inside the relegation.

Liverpool show mark of champions to grind out win

Aston Villa's guard of honour to welcome Liverpool onto the pitch at Anfield would have been a good reminder for Jurgen Klopp's team of the season they have enjoyed after a difficult defeat at Manchester City on Thursday night.

But any hope of a response from their humbling at the Etihad was premature, as became rapidly evident during a dour opening period where Villa - coming into the game on a run of only two points from their previous eight - shaded the half.

Douglas Luiz stung the palms of Alisson with a well-struck volley in one of few moments of note before the interval, as Liverpool floundered against an increasingly resolute Villa defence, with their ample possession wasted by a lack of intensity with the ball.

Surely the champions would see an improvement after the break. Not immediately. Jack Grealish fed El Ghazi to fire at Alisson's near post from a tight angle, but with an hour gone and Jurgen Klopp clearly unimpressed with what he had witnessed, a triple change reinvigorated the hosts.

Liverpool made three changes from the defeat by Manchester City, with Divock Origi getting a rare start in place of Roberto Firmino in attack.

Aston Villa restored Pepe Reina in goal for his first return to Anfield since leaving in 2014, as one of five changes.

With that in mind, you could feel the tide turning by the time Keita looked up inside the Villa box 11 minutes later to pick out Mane on the right, and after escaping the clutches of Neil Taylor he fired home the opener via the woodwork.

And with the hosts now looking more assured, youngster Jones wrapped up victory with a smart eight-yard finish from Mohamed Salah's knockdown.

Grealish could have given Villa the goal their performance deserved in injury time but was denied by a superb Alisson save, leaving the champions' copybook unblotted as they kept up their assault on Manchester City's 100-point record tally from 2018, which four wins from their final five games will be enough to beat.

Liverpool manager Jurgen Klopp: "It was a very difficult game, for different reasons. Aston Villa were well-organised and made it really tricky for us. We made three changes in decisive areas, which was important I think from a physical point of view. 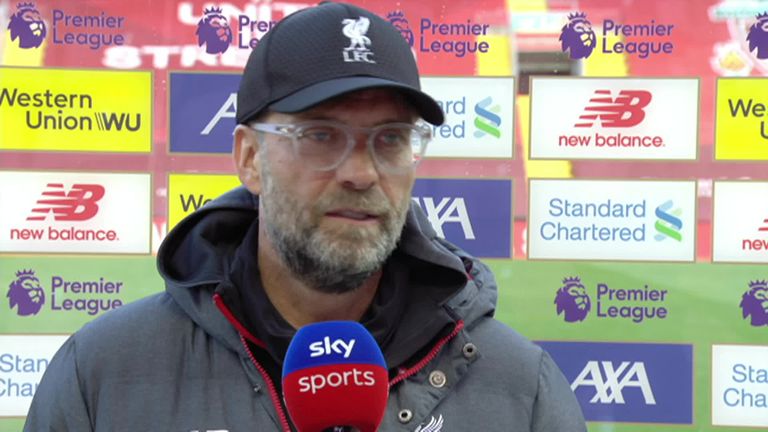 "I think there were two situations which could or should have been penalties, we are where we are because we win the difficult games, and that happened again tonight."

Aston Villa boss Dean Smith: "I'm disappointed and I don't want to be a valiant loser because we're scrapping for points at the moment and running out of games. The game plan was excellent, to outshoot Liverpool at home, the champions at Anfield, in terms of efforts on goal is excellent but we've got find better quality in the final third. 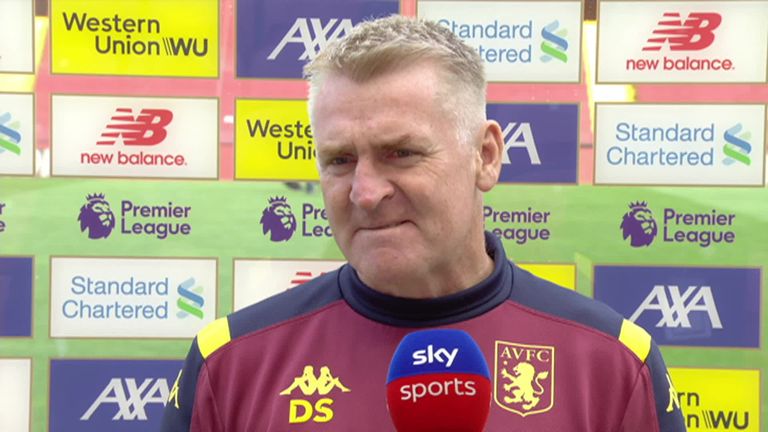 "Our counter-attacking opportunities were brilliant and we never found that final quality, a bit like what they showed in the final third with their goals."

Yet again, Mane delivered when it mattered for Liverpool with the goal to break the deadlock. It was a fine piece of build-up, with a tempo which had been sorely lacking earlier in the game, to find the Senegalese forward but once the ball did reach him, he finished with typical aplomb.

"28 years old, fantastic attitude, he's a warrior, it'd be faster to tell you what he hasn't got - and I can't think of anything," Graeme Souness told Sky Sports after full-time. "He's aggressive with his attitude, he won't be bullied."

Mane's 16th league goal of the season means he has now scored at least 20 in all competitions for Liverpool for three successive seasons.

Liverpool's trip to Brighton on Wednesday is live on Sky Sports Premier League from 8pm; kick-off at 8.15pm.