Giovanni van Bronckhorst is set to ring the changes for Rangers' Europa League dead rubber against Lyon on Thursday; follow with our dedicated live blog across Sky Sports' digital platforms

Team news and stats ahead of Lyon vs Rangers in the Europa League group stage on Thursday; kick-off 5.45pm.

Giovanni van Bronckhorst is set to ring the changes for Rangers' Europa League dead rubber against Lyon on Thursday.

The Dutchman guided the Scottish champions into the knockout round play-offs in his first game as Steven Gerrard's successor with a 2-0 home win over Sparta Prague last month.

The French side have dominated Group A with five wins out of five to take them into the next stage as section winners ahead of the final fixture. 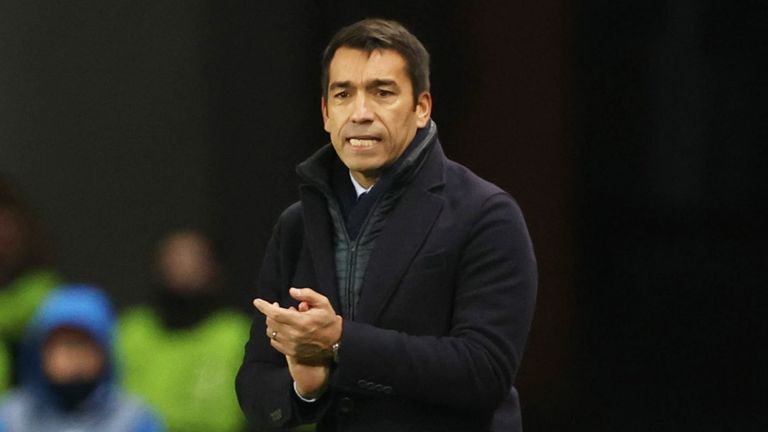 Giovanni van Bronckhorst's hoping Rangers fans will still be in Lyon to support them after a second U-turn by French authorities.

With a tough cinch Premiership game away to Hearts on Sunday looming, Van Bronckhorst, who has won all four games since taking over the Ibrox hot seat, will utilise his squad with players such as Nathan Patterson, John Lundstram and Scott Wright in line for a start.

"We have to watch the physical state of my players closely," said the former Gers midfielder, who will assess his squad's fitness following their final training session, although defender Leon Balogun remains out with a knock.

"It is also a game where I can change some positions and give other players some minutes who need them. I am more than comfortable to do that. For the players who come in it is always good to have minutes."