Raheem Sterling (2), David Silva and Lukas Nmecha on the scoresheet; City will play Wolves in Saturday's final, live on SSPL 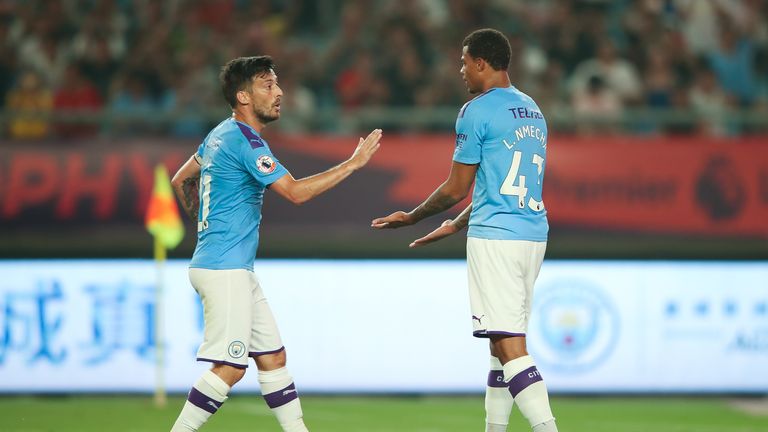 Manchester City started pre-season with an impressive 4-1 win over West Ham in the Premier League Asia Trophy semi-final on Wednesday.

West Ham picked a strong XI and took the lead through Mark Noble's penalty (26) after Angelino handled, but a superb pass by Adrian Bernabe allowed David Silva to slot home a leveller (34).

City were soon ahead through Lukas Nmecha's spot-kick after winning it himself (36), and after a flurry of half-time subs, Raheem Sterling made it 3-1 (59), slotting home from Leroy Sane's superb through ball.

Sterling then made it four after a fine team move (72), meaning City will face Wolves in Saturday's final, while West Ham take on Newcastle in the third-place play-off, with both games live on Sky Sports Premier League.

Poveda missed a one-on-one chance after Silva's slipped pass, while at the other end Felipe Anderson glanced just wide with a cross-shot as West Ham gave as good as they got.

Manuel Pellegrini's side took the lead after Anderson twisted and turned to bamboozle Angelino, forcing the Spanish full-back, signed on a buy-back clause from PSV, to handle in the box. Noble made no mistake from the spot. 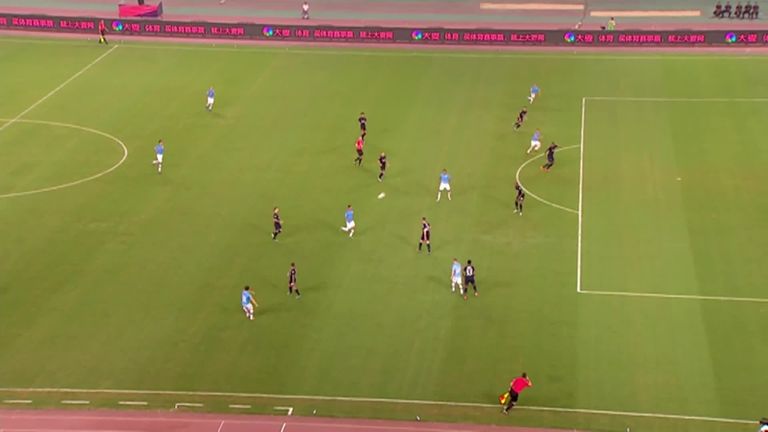 But City soon turned on the style as the impressive Spaniard Bernabe, just 18, found Silva at the back post with a superb, long diagonal, before his compatriot took the ball down on his chest and slotted low past West Ham goalkeeper Roberto.

Angel Ogbonna's arm then caught Nmecha, who dusted himself down to tuck away the resulting penalty, before the introduction of Sane, Sterling, Kevin de Bruyne and Bernardo Silva pushed City further away from their opponents.

Sterling's first came from another fine assist as Sane's first-time, right-footed through ball found the Englishman through on goal, slotting past Roberto. 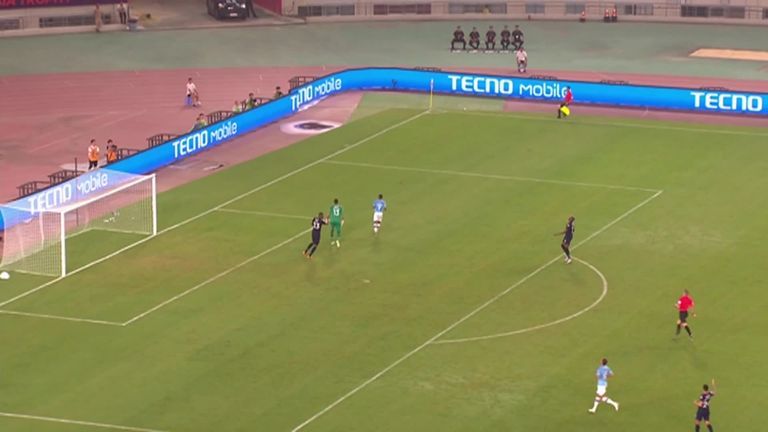 West Ham sub Chicharito missed a fine chance at the other end after a good team move, and the Hammers were made to pay as Sterling finished off under Roberto from 10 yards after De Bruyne had unselfishly squared in the box.

All eyes were on record signing Rodri, who put in a 7/10 performance for his 45-minute cameo in a fast-paced clash.

Despite City's struggles in the opening 25 minutes, Rodri was the pendulum in City's midfield, but with most of the game played on the floor, the 23-year-old was never forced to get physical, a big part of his game at Atletico.

It was one of City's relatively unknown youngsters who impressed most; 18-year-old Adrian Bernabe played the first 45 minutes, and was by far City's best player.

A majestic run from midfield early on caught the eye, slipping past two before a slightly over-hit through ball for Nmecha, but his assist for Silva's goal was sublime.

Picking it up in little space on the right byline, fully 50 yards from goal, his diagonal behind the defence was pinpoint for Silva's chest, and he did the rest.

Nmecha, who spent last year on loan at Preston, looked strong on the ball and not out of place, while 17-year-old midfielder Tommy Doyle also showed a few signs of quality.

Pep: It's good to make mistakes

Speaking to Sky Sports after the game, City boss Pep Guardiola insists some of the mistakes his side made early on can only be good for the team, and says they can improve on their previous two Premier League seasons.

"We made some mistakes, which is good. The best way to improve is to make the mistakes, it's not about the physical condition as that is coming day-by-day. The mistakes we did, and especially for the new players, old players, to know what we can do better, it is good.

"West Ham created problems, had chances and played good. After the summer time, after most of them having just four training sessions, it is normal to make mistakes, but is it good! It is better to see it in the games than in training sessions; training is fake, not real, and when you play against a real opponent, that is the best way to improve.

"Yes, of course we can improve. More consistent. The last 10, 12 games in the PL were really good, but of course you can improve."