Manchester United vs Watford. The FA Cup Third Round.

Scott McTominay's early header helped Man Utd beat Watford 1-0 to progress to the fourth round of the FA Cup.

The Scotland midfielder, who was captaining his side for the first time, bounced a header into the roof of the net just five minutes into the third-round tie at Old Trafford.

And that ultimately proved to be the difference between the two teams as a much-changed United side held on to be in the hat for Monday's fourth and fifth-round draws.

Man of the match: Scot McTominay

As expected, United manager Ole Gunnar Solskjaer made a raft of changes to his line-up after his side's midweek League Cup semi-final loss to Manchester City, and with a busy week of Premier League action coming up with key games at Burnley and Liverpool on the agenda.

Not that it seemed to matter, though, as the hosts made the perfect start when opening the scoring after only five minutes as McTominay met Alex Telles' left-wing corner with his head.

While the Scotland international did not make the contact he would have wanted, the skipper's header still bounced nicely into the turf and then up into the top right-hand corner of the goal past Watford's surprised back-up goalkeeper Daniel Bachmann.

United's start was fast as they looked to kill the tie as a contest, with all the players brought into the side hoping to catch Solskjaer's eye, only for the visitors to grow into proceedings as the first half wore on.

Ole Gunnar Solskjaer made nine changes to the side that lost 2-0 at home to rivals Man City in the Carabao Cup semi-finals in midweek, with just Dean Henderson and Scott McTominay remaining. And that meant starts for Donny van de Beek, Jesse Lingard and Brandon Williams.

Meanwhile, Joao Pedro returned from injury and Philip Zinckernagel makes his debut for Watford, who made eight changes.

Xisco Munoz's team were particularly dangerous from set plays, without ever really testing Dean Henderson in United's goal, while Bachmann had to be alert to deny Juan Mata just before half-time after the Spaniard was sent through on goal by Donny van de Beek's clever back heel.

The second period was a disjointed affair, though, not helped by both teams making a raft of changes, with United seemingly content to hold on to their slender lead, conscious no doubt of greater tests to come. 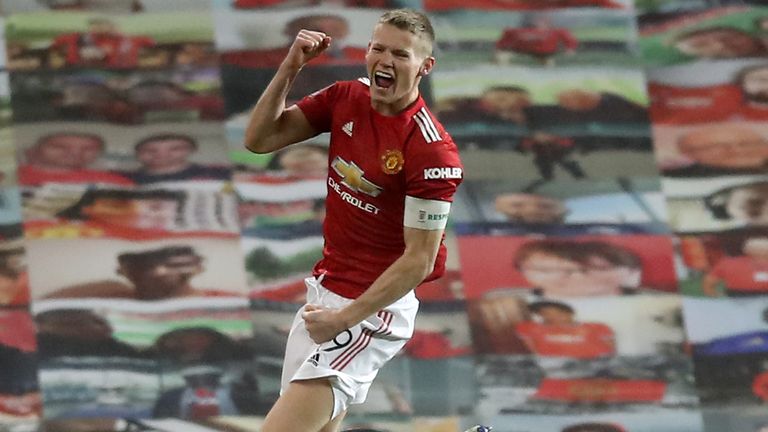 Ole Gunnar Solskjaer believes Scott McTominay has all the leadership qualities required to make him a good captain after the Scotland international was the match-winner against Watford.

Man Utd manager Ole Gunnar Solskjaer: "Very happy to get through. We started very brightly. I expected it to be other way round - that we needed 15-20 minutes to get going and find our rhythm. But after a very good start we lost our shape, we lost too many balls.

"We lost it easily. It was like we started making difficult decisions to try and complicate things and maybe show the manager that 'I want to play in the next game'.

"I know they're good players, so they didn't have to do that, but we're through. That's the main thing." 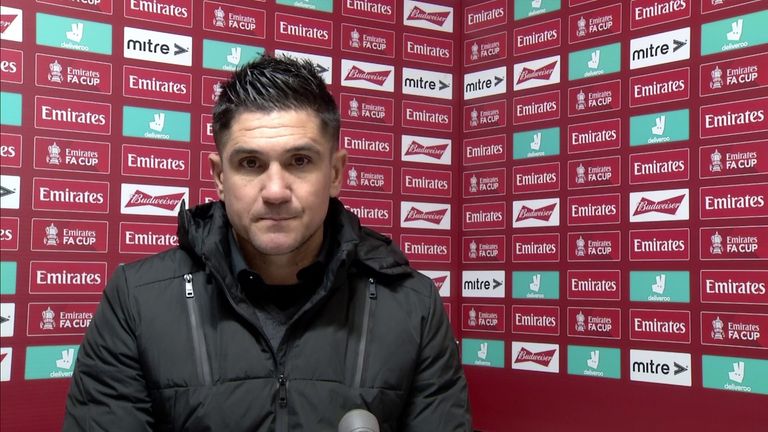 Watford head coach Xisco Munoz says he was 'proud' of his side's performance at Old Trafford despite a 1-0 loss to Manchester United in the third round of the FA Cup.

Watford head coach Xisco Munoz: "I'm very proud of our players. This is our style. I know we have little details to improve. We know we have a very good team against us.

"The guys give us very good intensity, with very good tactics. Our team is growing up and it's important we believe in our team."

Man of the Match - Scott McTominay

The 24-year-old was handed the armband for the first time in his United career and he rewarded his manager with an all-action man-of-the-match display at Old Trafford.

The Scotland international firstly headed home his side's winner after just five minutes, meaning the player has now scored four goals in all competitions this season, one short of his best tally in a single campaign (five goals in 2019-20).

And what is more, three of those goals have been scored in the first five minutes of matches.

However, it was not just his winner that caught the eye, but also his ability to read danger and snuff out visiting attacks, including temporarily filling in at centre back when Eric Bailly was forced off with a head injury just before half-time.

United take on Burnley at Turf Moor on Tuesday (8.15pm) in a match you can see live on Sky Sports Premier League.