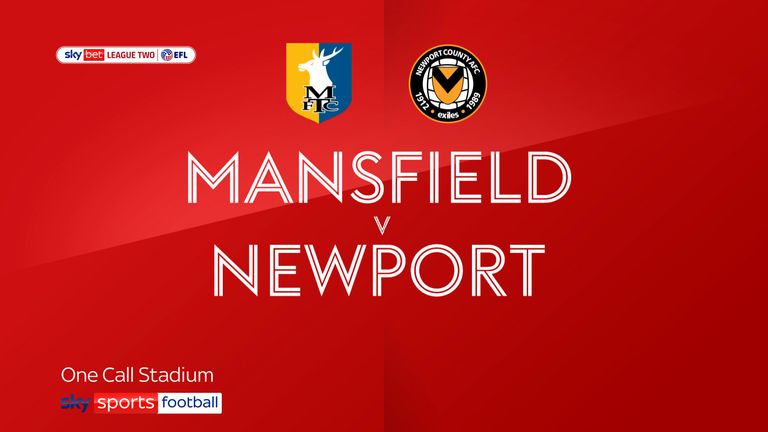 The 20-year-old striker - the son of former Chelsea and Leicester defender Frank - ended his 17-game wait to get off the mark in professional football with an 84th-minute equaliser.

Newport captain Joss Labadie had opened the scoring for the visitors after 75 minutes, but the Welsh side have now failed to win on their last nine trips to Field Mill - a run that stretches back to August 2012.

Sinclair had been unlucky not to get on the scoresheet with less than three minutes played when his header was scrambled to safety off a post by Newport keeper Nick Townsend.

At the other end, Joe Ledley somehow managed to miss the target from two yards after meeting Josh Sheehan's inswinging free-kick.

With the hour mark approaching, Stephen Quinn hit the inside of Townsend's left-hand upright as Mansfield came close again.

But Labadie went on to make the breakthrough, tackling midfielder George Maris 30 yards from the home goal before charging into the penalty box and firing a low shot under keeper Aidan Stone's body.

Defeat would have been cruel on a home team now without a win in eight matches - six of which have been draws - and Sinclair secured a share of the spoils when he robbed Liam Shephard of possession in the Exiles' box and crashed an angled eight-yard shot into the roof of the net.