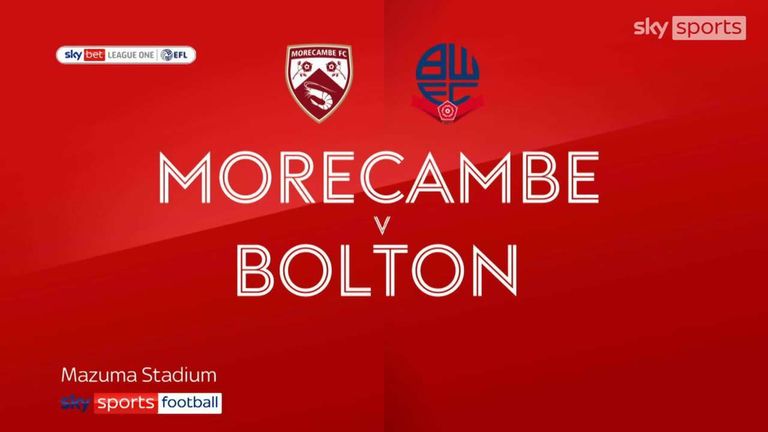 Highlights of the Sky Bet League One match between Morecambe and Bolton Wanderers.

Ten-man Bolton scored a late leveller to earn a point from a controversial 1-1 draw at the Mazuma Stadium.

After a quiet first half the game came to life when Bolton skipper Ricardo Santos was sent off in the 71st minute for a handball which led to a penalty, with Cole Stockton's effort well saved by James Trafford.

The situation then turned sour as Bolton fans threw objects at Morecambe keeper Adam Smith and an altercation between Bolton boss Ian Evatt and fans behind his dugout ended with referee Ross Joyce taking the players off for 10 minutes to restore calm.

When they returned Bolton hit back, with a cross from the left finding substitute Amadou Bakayoko, who scored from close range to give his side a point.

Bolton had started the game on the front foot, with midfielder MJ Williams drilling a fierce effort over from the edge of the box while home skipper Anthony O'Connor was forced to make three vital blocks.

After struggling against the wind Bolton left-back Declan John forced a good save from Smith after a swift counter-attack.