Liverpool can keep up their perfect start in Group C of the Champions League when they visit Napoli on Wednesday (kick-off 8pm).

Jurgen Klopp's men dropped their first Premier League points of the season at Chelsea on Saturday night, but last season's beaten finalists were better as they kicked off their Champions League campaign with a 3-2 win over PSG at Anfield last month.

Wednesday will mark a first return to the Stadio San Paolo for Klopp since he was sent to the stands as Borussia Dortmund manager for berating the fourth official during a game in 2013.

Klopp said: "It was not my best behaviour. Since then nothing happened any more, so it was my last time when I was a bit too excited. 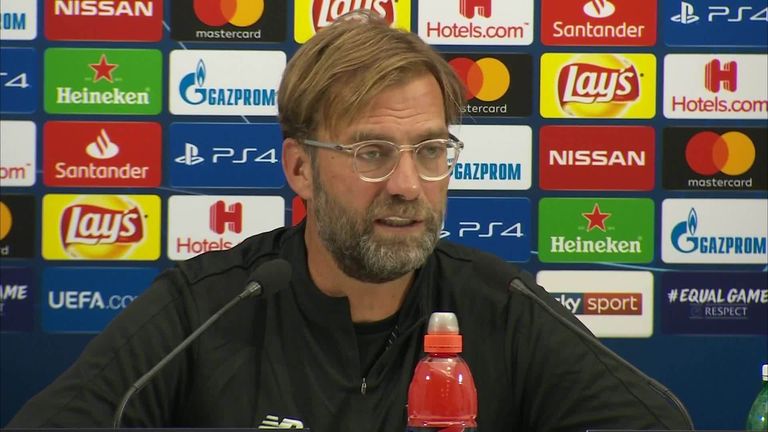 "It was not nice sitting in the stand, getting all the comments, so I decided to watch the second half of the match from the groundsman's room - with a big picture of Diego Maradona on the wall."

Napoli manager Carlo Ancelotti has a previous score to settle too, with Hungarian referee Viktor Kassai appointed to the game barely a year after falling foul of the Italian.

After his then-side Bayern Munich lost to Real Madrid in the Champions League quarter-finals, Ancelotti said Kassai "was not up to the task" of refereeing the game, in which he sent off Bayern midfielder Arturo Vidal.

"Kassai reminds me of a bad memory for my former team and I am surprised by this appointment," said Ancelotti.

"Not a long time has passed. Time usually heals things, but does not cancel them."

Napoli v Liverpool is one of our Super Six picks this week - enter FREE for a chance to win £250,000!

Liverpool have no new injury worries following Saturday's draw at Chelsea, with Virgil van Dijk showing no ill effects of a rib issue, and Divock Origi included in the travelling pack.

Napoli have Amin Younes and Vlad Chiriches, formerly of Tottenham, missing through injury, but otherwise have a fully fit squad to face the Reds.

Napoli will be aware of Liverpool's counter-attack. We saw at the weekend Liverpool being unable to control the match at Chelsea like they've done in previous weeks and that will give Napoli heart and lessons to use.

A draw and defeat in the last two games mean people are again asking: 'Are Liverpool real contenders in both the Premier League and Champions League?' In my opinion, yes they still are. However, you can now see you can get at them.

Napoli will play with caution. We know how Italian teams play, they will take their time and not force the match. So I reckon a draw and that will be a good result for Liverpool.