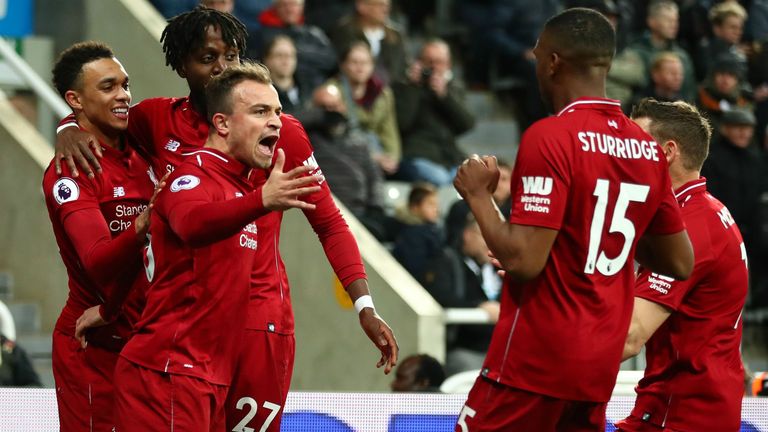 Highlights from Liverpool's win over Newcastle in the Premier League

Divock Origi rescued Liverpool's Premier League title bid with a 86th-minute winner as a dramatic 3-2 victory over Newcastle shifted the pressure onto Manchester City with moments to spare.

Liverpool's cause was further hampered by the loss of Salah to a nasty head injury midway through the second half, but his replacement Origi headed in late on - just as he did in December's dramatic Merseyside derby - to seal a priceless victory for Jurgen Klopp's side as this season's fascinating title race took another twist.

The victory sees Liverpool move two points clear at the top of the table and applies the pressure on champions Manchester City ahead of their clash with Leicester on Monday Night Football - live on Sky Sports Premier League.

Man of the Match: Trent Alexander-Arnold

How the St James' drama unfolded

Newcastle started brightly, but any hopes they had on capitalising on a post-Barcelona Liverpool hangover were short-lived. Van Dijk was left unmarked six yards out after Jamaal Lascelles lost his footing, and the PFA Player of the Year headed the opener powerfully past Martin Dubravka on the quarter hour.

Liverpool's lead lasted just seven minutes, though, and surrendering their advantage was the least of their concern. Matt Ritchie's ball inside was turned towards goal by Rondon and struck Trent Alexander-Arnold's arm on the goal line. Play was allowed to continue as Atsu converted the rebound, with the Liverpool full-back fortunate not to receive a straight red card.

Newcastle, buoyed by restoring parity, were a width of the crossbar away from taking the lead on 24 minutes, Ayoze Perez firing high past Alisson at his near post only for his effort to cannon back off the woodwork.

Liverpool took full advantage of their reprieve as Alexander-Arnold - who was fortunate to still be on the pitch - crossed from the right and Salah restored the visitors' lead with the calmest of first-time finishes. 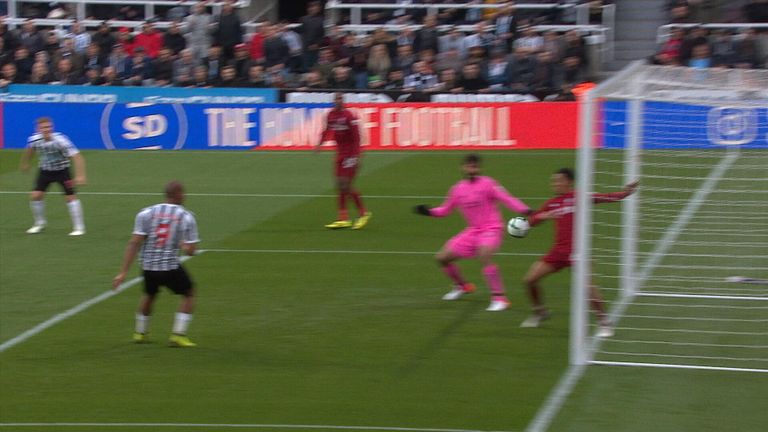 Should Alexander-Arnold have seen red?

Sadio Mane would have doubled the Reds' lead were it not for Dubravka racing off his line to smother the forward's shot on 32 minutes, while Andrew Robertson's whipped cross two minutes after the restart was diverted behind by Lascelles, just as Daniel Sturridge stooped to head home.

Rondon's swivel and shot drew a fine low save from Alisson on 50 minutes, but the Liverpool goalkeeper was helpless four minutes later as the Venezuelan lashed an unstoppable drive into the bottom corner after Javier Manquillo recycled play after Liverpool had initially cleared a corner.

That left Liverpool with just over half an hour to salvage their title challenge, but their cause was hampered by the loss of Salah to injury following an aerial collision with Dubravka on 68 minutes, the Egyptian receiving treatment for several minutes before leaving the field on a stretcher.

But just as their title challenge looked set to drift away, Origi beat Lascelles to connect with substitute Xherdan Shaqiri's free-kick from the right, sending a header flashing past Dubravka as Liverpool lived to fight another day. 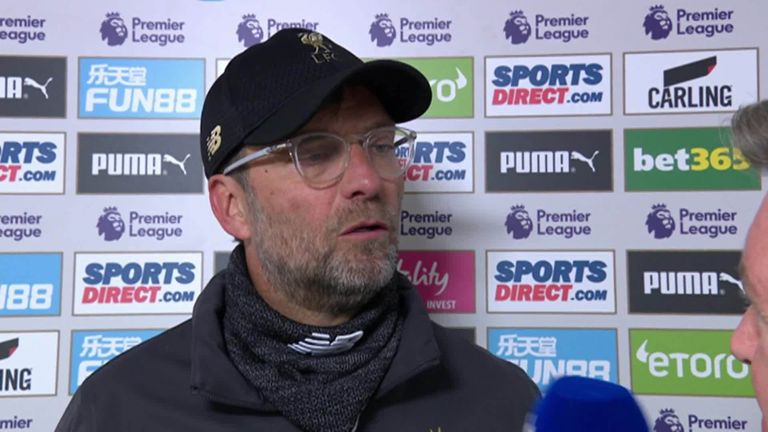 Liverpool boss Jurgen Klopp once again heaped praise on his side after they showed 'heart' to steal a 3-2 win away at Newcastle.

Jurgen Klopp: "I didn't feel like it was over. I accepted long ago that we do everything, the boys throw whatever they have on the pitch. Whether we are champions or not is destiny, we cannot do more. The boys did everything to win the game and I really think this was deserved." 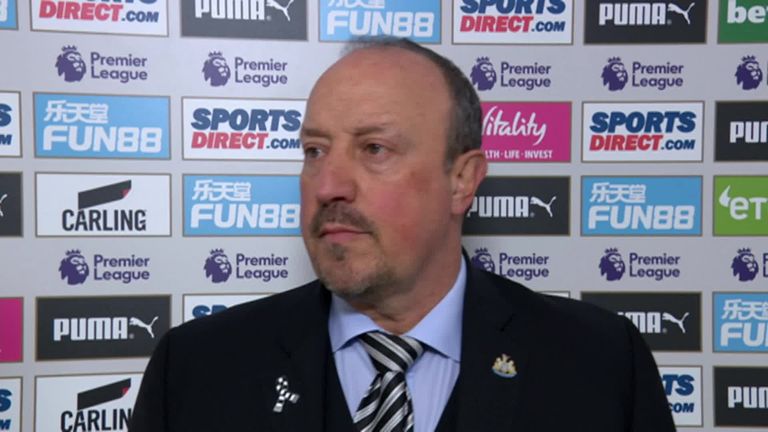 Newcastle boss Rafa Benitez said he was really pleased with his side's performance despite the 3-2 defeat to Liverpool.

Rafa Benitez: "I am really pleased with the performance and really proud. From the first minute we were doing well against a very good team. Everything was quite good in terms of what we are trying to do."

Man of the Match - Trent Alexander-Arnold

Liverpool host Barcelona in the second leg of their Champions League semi-final on Tuesday (8pm BST). The Reds then finish the Premier League season at home to Wolves, while Newcastle travel to Fulham on the final day (Sunday, 3pm).