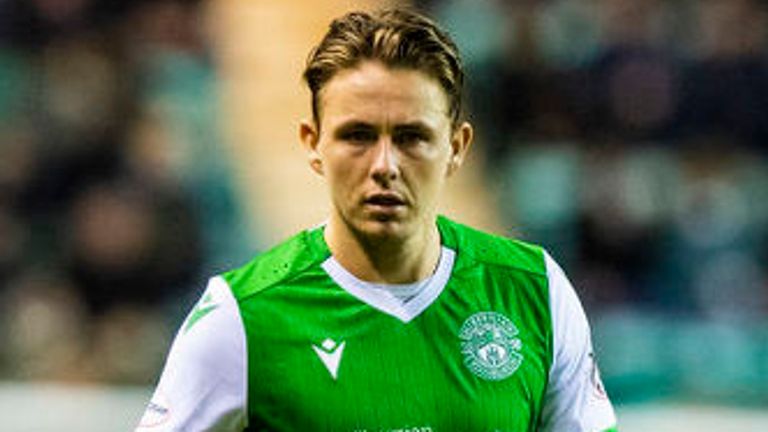 Scott Allan has warned his Hibernian team-mates form will go out the window when they travel to Tynecastle to play Hearts in the Edinburgh derby on Boxing Day.

Hearts go into the game, live on Sky Sports, having lost their opening three matches under Daniel Stendel while, despite back-to-back defeats to the Old Firm, Jack Ross has helped to revitalise the Leith side after taking over from Paul Heckingbottom last month.

However, Allan was part of the Hibs side that lost the opening capital derby of the season in September when they went down 2-1 at Easter Road and he believes the game could be decided by whatever side handles the occasion better.

"In the derby games it is a one-off so on those days previous form doesn't really come into contention," he told Sky Sports News. "So, we need to do our job professionally and go out and get the win for our fans.

"I believe on the day it is whoever turns up. Hearts vs Hibs at Tynecastle is not an easy game. It is the one game you know they are going to fight tooth and nail for their fans and it will be the same for us so may the best team win.

"They'll have three games [under Stendel] by the time we play them. We'll only concentrate on ourselves."

Allan also thinks finishing the calendar year in the top five or six positions in the Premiership would be acceptable given how Hibs started the season but is aiming to use that as a springboard for the second half of the campaign.

"I think it would be acceptable for now, for that present moment," he said. "But it would give us a real impetus going into the second half of the season to kick on from there.

"I definitely do [think they have the squad for top four]. If you look at some of the points that should have been three that we didn't have earlier in the season, if we cut that out and start winning a lot more games we have been in the lead in then hopefully that can change."