Kemar Roofe: Rangers striker out for a few weeks with injury suffered in Old Firm game

Watch Aberdeen vs Rangers live on Sky Sports Football on Sunday with kick-off at 3pm as Steven Gerrard's side look to extend their lead at the top of the Scottish Premiership; Gerrard on Kemar Roofe injury: "I predict he could miss a couple of games"; Scott Arfield also to miss crucial run

Rangers striker Kemar Roofe has been ruled out for a couple of weeks with an injury suffered in the Old Firm win over Celtic, says boss Steven Gerrard.

Roofe has scored 10 goals in 15 Scottish Premiership games this season, including eight in his last nine, but he will be missing on Sunday as Rangers look to continue their dominance at the top of the table when they travel to face third-placed Aberdeen, live on Sky Sports Football.

The 28-year-old former Leeds and Anderlecht forward lasted just 45 minutes in the 1-0 victory over Glasgow rivals Celtic - which moved Rangers 19 points clear - and the Ibrox side will also be without Scott Arfield for the rest of their crucial January run, although Ryan Jack is closing on a comeback after more than a month out.

"Kemar won't be with us at the weekend, he picked up an injury in the Old Firm," Gerrard said on Friday. "It's difficult to put a date on that one just yet but I predict he could miss a couple of games. 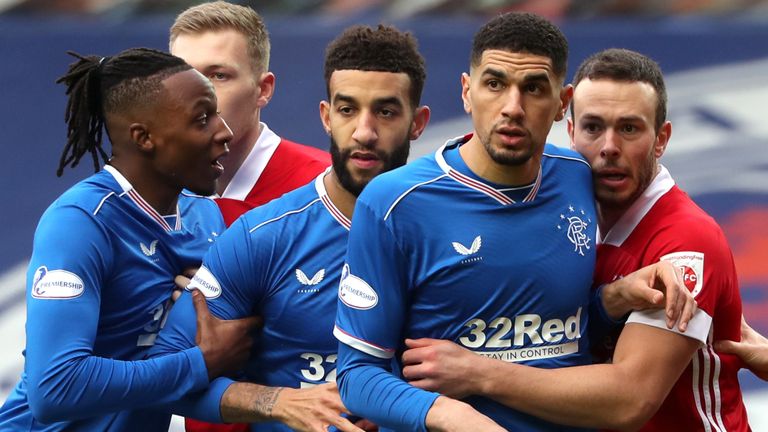 Steven Gerrard feels there are many tough challenges for Rangers on the horizon, starting with the trip to Aberdeen which he believes will be 'feisty'

"Scott [Arfield] is about to come out of a boot that he has been in since the injury. He has got an ankle ligament injury, which is quite a significant injury.

"He's progressing well but it's about moving the rehab forward now, but in the short term Scott will be missing. It is difficult to put a date on.

"What I would say is that knowing Scott, and if he keeps progressing as he has, you are looking at probably the end of the month all being well. 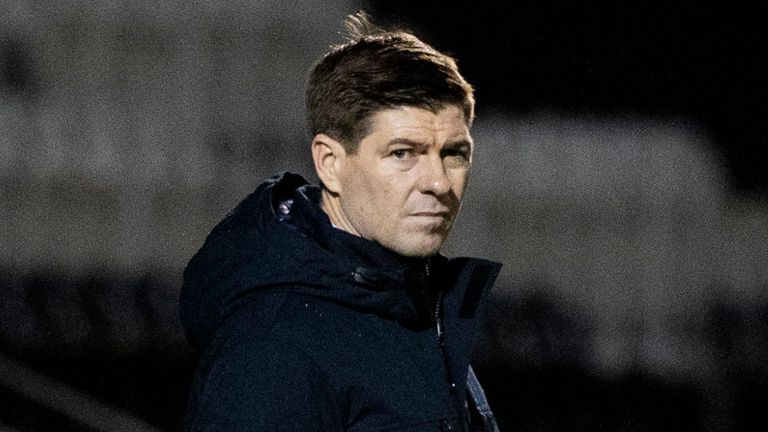 "It's an injury that you can't really rush and push, as much as you want to. So we are probably looking at four to five weeks for this type of injury.

"He has been out for a couple already so you are looking at probably the end of January, the beginning of February. We will look to see how that plays out.

"There's better news on Ryan Jack, who has been outside and had two or three sessions and is progressing extremely well. If that keeps moving in that direction he should be back with the team sometime in the middle of next week."

Meanwhile, Gerrard confirmed he is set to trigger Rangers' option to extend Leon Balogun's one-year deal after the Nigeria international's impressive displays since moving north from Wigan back in the summer. 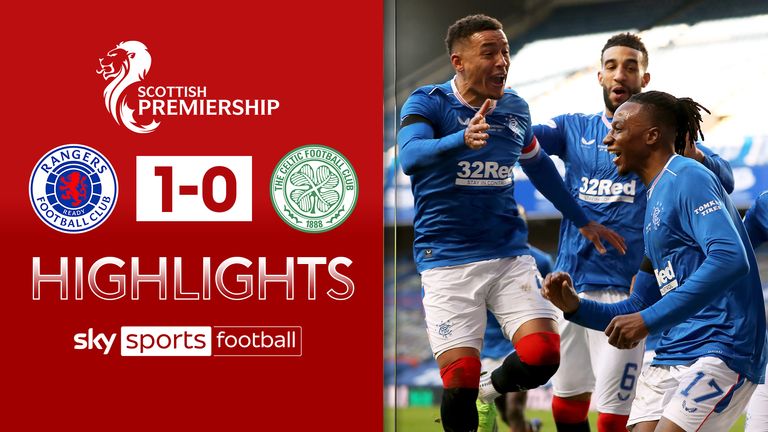 Highlights of the Old Firm game between Rangers and Celtic

Allan McGregor is also entering the final six months of his deal but Gerrard is happy to let the goalkeeper - who turns 38 at the end of the month - decide his own future.

Gerrard added: "There's no talks with any of the players at the moment but that doesn't mean that we're not keen to keep them with us.

"Allan's in fantastic form and we're really pleased with him. I think Allan's situation is a bit different than most because of his age. "I think it will be a case of what Allan wants to do, so at the right time I'll sit down with Allan and we'll speak to the people who represent him and we'll have an open discussion on that one.

"But we're really pleased with his form. It won't be a case of judging him on his age, it will be a case of what Allan wants in terms of his own future and we'll be very respectful to that.

"Leon is someone we want to keep hold of. He knows that, he is performing ever so well.

"He signed a contract with an option of an extension on that contract and we want him to be here beyond this season.

"There is no rush in terms of that one. Leon knows he's wanted here. I think he's enjoying it, he's playing with a smile on his face. He has come in and made the team and the squad a lot stronger."