Red and yellow cards for managers are to be introduced into the EFL, but it is not to create “drama”, says the competition’s chief executive Shaun Harvey.

The initiative, revealed at the launch of the new EFL campaign and designed by The International FA Board (IFAB), will run as a trial for the forthcoming 2018/19 season and will also extend to all cup competitions, including the FA Cup, and the National League, with the aim of improving touchline behaviour.

Referees will now be able to award managers a yellow card for dissent, with a second booking leading to a red card. A straight red card may also be awarded in cases of serious abuse towards match officials or rival coaches and players.

Examples of behaviour which could lead to sanction:

- Foul or abusive language to match officials or an opponent

The Premier League will not run the initiative and misbehaving managers will instead be given verbal warnings. 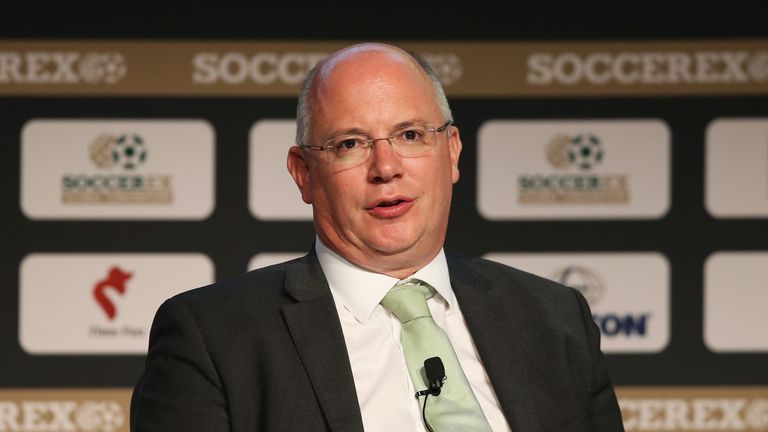 "For a long time now match officials and referees in particular have obviously been in charge of conduct of the benches and indeed remain in charge," Harvey told Sky Sports News.

"What you might see though in the EFL games this season is rather than that word going on and the referee turning to go to the business end of what's going on the pitch, if he believes the conduct of the bench, usually led by the manager, is such [that merits a booking] then he will show a yellow card to the manager.

"Ultimately if the managers and the behaviour of the bench doesn't change then there could be a second yellow and the manager will be taking a trip to the stands.

"Of course, as you do see from time to time, managers get sent to the stands anyway but that will be a lot clearer this time as a red card will be shown.

"This isn't about creating drama - this is about creating clarity, so everybody inside the stadium knows what is happening. You will be seeing it in the EFL as a first and it will be an interesting experience to see how it works."

Harvey also explained how management teams will not be able to compile several bookings between themselves without being sent off.

"The tag-team approach that has been made famous up and down the country by some management teams will not go any further forward this time."