The transfer window may be closed but that doesn't stop clubs across Europe from planning future transfers and making enquiries ahead of the January window.

So we asked our friends at Football Whispers to scan the media on the continent and bring you all the latest news and transfer gossip.

Atletico Madrid defender Lucas Hernandez is a Manchester United transfer target and they may launch another move in January. France international Hernandez, 22, has established himself as a regular for club and country and signed a new contract with Atletico in the summer until 2024. United and Manchester City both tried to tempt the player during the first week of August, with United offering €80m (£71.17m) and planning to double his salary. He has no plans to leave but interest is still there. (Marca)

Barcelona have first refusal on Atletico Madrid midfielder Saul Niguez, should he ever seek a move away from the club. The Spain international has a €150m (£133.61m) release clause but Barca made a verbal agreement with Atletico when they sold David Villa to the club in 2013 that they would be the first option for Saul. (Mundo Deportivo) 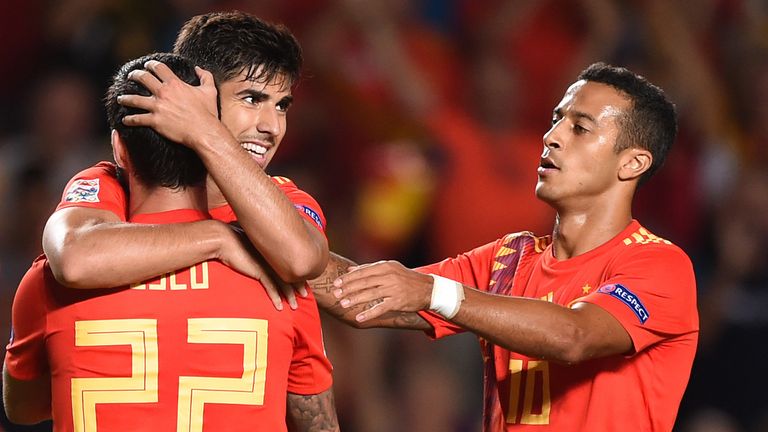 Barcelona's attempts to bring Frenkie De Jong to the Camp Nou in January are likely to fail, claims Ajax sporting director Marc Overmars. The former Arsenal winger confirmed Barca made an offer in the summer for the 21-year-old but their valuation fell well below what Ajax wanted. Having persuaded De Jong to stay in Amsterdam for at least one more season, Overmars has declared no players will be sold by the Dutch giants in the middle of the season. (Sport)

Tottenham risk losing out in the battle to sign Porto midfielder Hector Herrera on a free contract after Real Madrid and Roma joined the race. Mexico international Herrera, 28, is already wanted by Spurs and Internazionale but there is concern in Italy that Madrid coach Julen Lopetegui has already met with his former player and convinced him to come to the Bernabeu when his deal in Porto expires next summer. (AS)

Pep Guardiola has declared he will finish his coaching career at the place where it all started, Barcelona's La Masia academy. Guardiola was appointed Barcelona B coach in 2007 before graduating to take over the first-team in 2008. Having worked for Bayern Munich and now Manchester City, Guardiola said he wants to return to Catalonia one day. He said: "My final steps in my coaching career will be in La Masia with Barcelona." (Movistar)

AC Milan are considering an approach for Arsenal midfielder Aaron Ramsey, with the Wales international out of contract at the end of the season. Milan sporting directors Leonardo and Paolo Maldini hopes their strong relationship with Ivan Gazidis, who is also wanted by Milan as new CEO, can help negotiations for the 27-year-old. (Tuttosport)

Inter must raise €40m (£35.62m) in transfer sales if they want to avoid falling foul of UEFA's Financial Fair Play obligations. The Nerazzurri have been operating under FFP restrictions since 2015/16 but are still being monitored by the governing body and will have to force through player sales by the end of the season to break even. Brazilian striker Gabriel Barbosa and Portugal midfielder Joao Mario will almost certainly leave in January and left-back Dalbert could also follow. (Corriere dello Sport)

Bayern Munich fear they won't be able to keep hold of James Rodriguez beyond this season with the Colombian concerned over a lack of playing time at the Allianz Arena. Bayern have the playmaker on a two-year loan from Real Madrid and, under the terms of the agreement, funds have been made available to sign him permanently next summer. But if the 27-year-old doesn't want to stay, Bayern can activate the clause and then sell him back to Madrid at a profit. (Kicker)

FIFA want to cap the amount of players clubs can send out on loan to just eight. A FIFA task force has been established to review the loan activities across the world with the governing body concerned by clubs who buy and hoard young talent only to loan them around Europe without using them in the first team. (Sport Bild)

Paris Saint-Germain right-back Colin Dagba has emerged as a target for Bundesliga club RB Leipzig. The 20-year-old made his Ligue 1 debut this season but is out of contract in 2020 and Leipzig hope they can convince PSG to sell and tempt him to Germany. However, PSG coach Thomas Tuchel is a big admirer of the young defender and talks are also underway to extend his deal at the French champions. (L'Equipe)