Callum Hudson-Odoi to get first England start against Montenegro

Jadon Sancho expected to miss out with unspecified injury 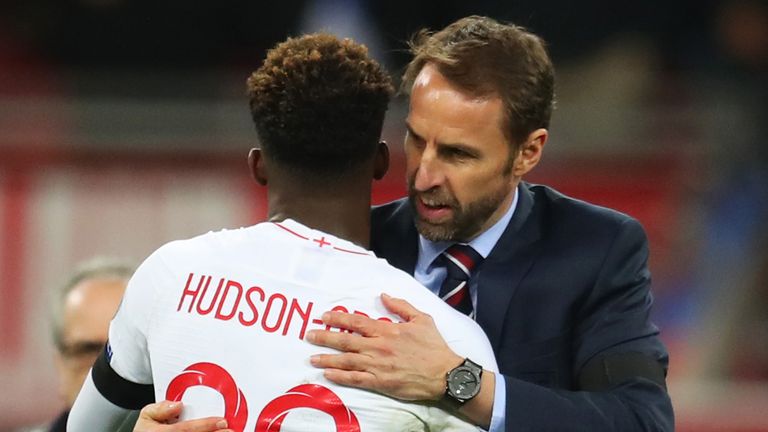 Jadon Sancho, also 18, is expected to miss Monday's Group A European Qualifier with an unspecified injury after making his first competitive start for England in Friday's match at Wembley.

England manager Southgate said on Sunday night that Sancho, Jordan Henderson and Dele Alli all face late fitness tests to decide whether they will play in Podgorica.

Southgate also said that he would have no reservations in putting the youngsters into a potentially hostile atmosphere inside the Gradski Stadium.

The England manager considered calling up reinforcements from the U21s, but opted against it to avoid disrupting Aidy Boothroyd's preparations for a key game against Germany, despite potentially only having 17 outfield players available.