"I have huge sympathy [with the officials] and I'd go as far as to say that I think it's almost impossible for them to give offside." 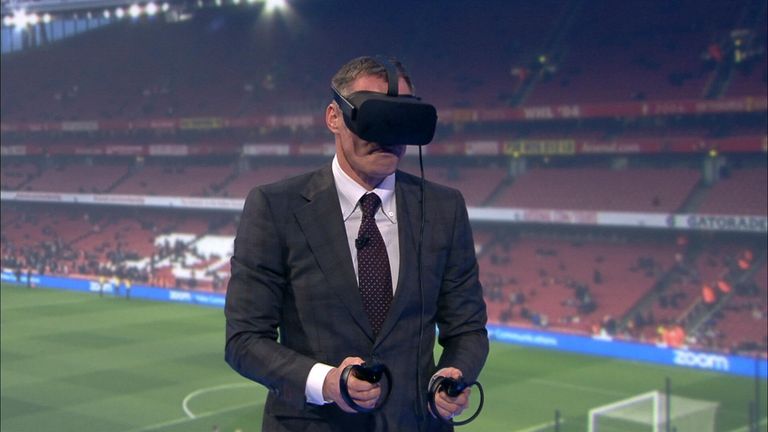 Jamie Carragher defended the officials at Cardiff by using virtual reality on Monday Night Football to suggest that Willian blocked the view of the referee's assistant for Cesar Azpilicueta's equaliser for Chelsea.

On Super Sunday, Cardiff had looked set for a precious three points in their fight against relegation until Chelsea scored twice in the final six minutes through Azpilicueta and Ruben Loftus-Cheek.

But Azpilicueta's equaliser was shrouded in controversy as the defender appeared to be two yards offside when heading in after Marcos Alonso had flicked on Willian's corner. 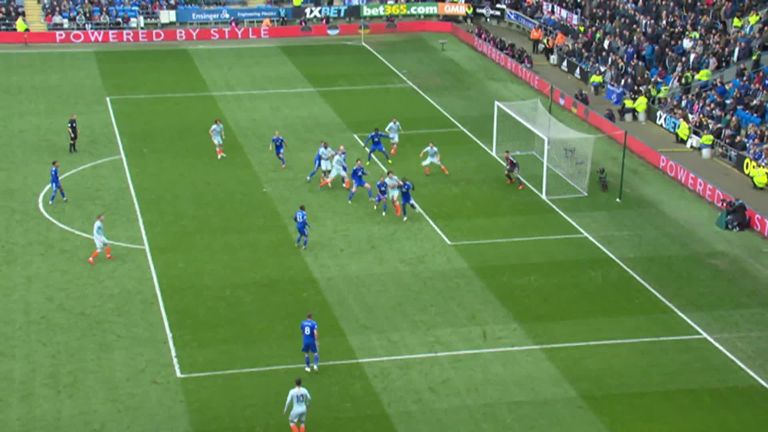 Cesar Azpilicueta nodded in Chelsea’s equalising goal, but should it have stood?

It was a decision that left Cardiff manager Neil Warnock fuming after the game and he lamented the poor officiating, saying that while the Premier League was the beast league in the world, it had the worst officials.

But speaking on Monday Night Football, Carragher defended the officials at Cardiff.

"I have huge sympathy [with the officials] and I'd go as far as to say that I think it's almost impossible for them to give offside," he said.

"If he's watching Neil Warnock might not take too kindly to this, but we've had a good look at it and I've spoken to Mike Riley [head of Professional Game Match Officials Ltd] about it to get to how difficult this is for the officials and what can be done about it in the future because it's a really difficult one that's quite rare."

Using virtual reality, Carragher showed the view the referee's assistant had when Alonso flicked the ball on from Willian's corner and it's clear he was blocked by the Brazilian.

"That's his view when Alonso's getting the touch on the ball", Carragher added. "He's completely blocked. When it's stopped, yes, I can get around and see he's clearly offside but we've just seen the speed it's going at. How can he give offside?

"I said I had huge sympathy with the referee's assistant and that's the reason why. We've got to put ourselves as much as possible into what they see, what was there and realise why it is so difficult."

Watch Jamie Carragher defend the officials at Cardiff using virtual reality by hitting play on the video at the top of the page! 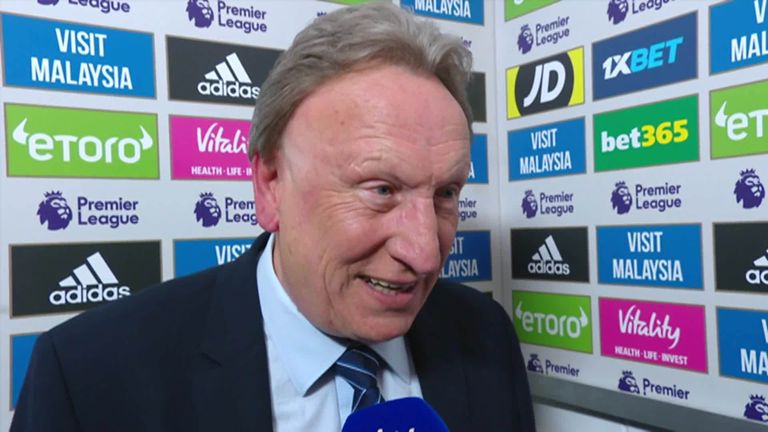 "We were let down by the officials - roll on VAR," Warnock told Sky Sports. "I might be too old by the time we get it, but that's why we need it.

"It's the best league in the world with probably the worst officials at the minute. I don't know what Mike Riley does with his linesman, but he'll probably get a game next week. They don't understand what's at stake.

"The offside [for Azpilicueta's goal] is not even close. We've worked three weeks for this, and we get let down by decisions. We felt that (Sean) Morrison could've easily had a penalty in the first half and he could quite easily have had one in the second.

"All the hard work over the last three weeks, and it's none of our faults that an official can't look across the line. It's the most obviously offside I've ever seen. You just can't believe it.

"Is it me? Is it payback time for me over the many years? Are they thinking, 'let's get him out of the way?' I honestly don't know."

Former Premier League referee Dermot Gallagher gave us his verdict of the incident in South Wales...

DERMOT SAYS: The assistant says that Willian stepped along his line, but what I would say is he will be so upset when he sees that. That would have been corrected very quickly (with VAR) and it reinforces why VAR is so necessary.