Midhat Kidwai, managing director of the Bin Zayed Group, issued a statement on Monday afternoon confirming the talks, which Sky Sports News reported were taking place earlier in the day.

"In response to numerous reports in the world media this morning, we would like to comment as follows," the statement read.

"We can confirm the representatives of his Highness Sheikh Khaled Bin Zayed Al Nahyan are in discussions with Mike Ashley and his team about the proposed acquisition of Newcastle United Football Club.

"We view it as an honour to have the opportunity to build on the strong support, history and tradition of the club.

"We have agreed terms and are working hard to complete the transaction at the earliest opportunity."

Newcastle have confirmed to Sky Sports News that the statement is genuine, but have not released one of their own.

Ashley wants around £350m for the club he bought 12 years ago.

Newcastle have been the subject of previous unsuccessful takeover attempts from Amanda Staveley and Peter Kenyon in the last two years.

Rafael Benitez led Newcastle to a 13th-placed finish in the Premier League this season. 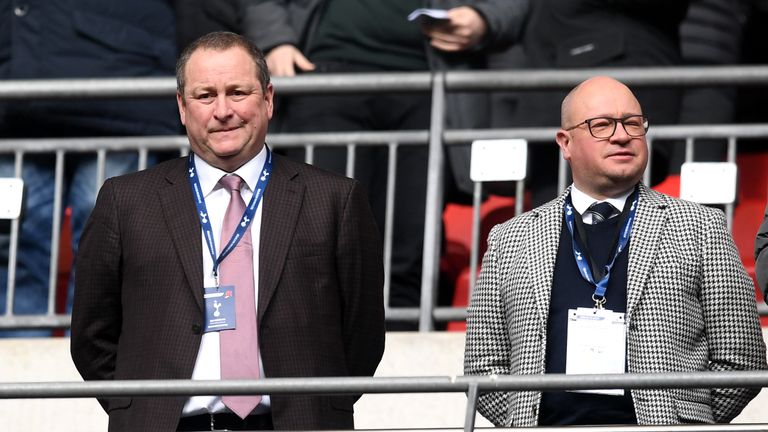 "It's massive news here on Tyneside. The supporters have, of course, made it clear over the last few years they don't want Mike Ashley around any longer, we know the club has been up for sale.

"Mike Ashley has got quite far down the line a couple of times with other potential takeovers, most notably with Amanda Staveley 18 months ago and then with Peter Kenyon in September of last year. Neither of those materialised. This one seems to be a lot more genuine.

"Sheikh Khaled Bin Zayed Al Nahyan will still need to pass the owners and directors test to be able to take up the reins at Newcastle United.

"And it may just explain why there's been such a delay in getting Rafa Benitez's new contract signed. Obviously Newcastle have been in talks with him for the last week or so. That seems to have dragged on and this may be the reason why."