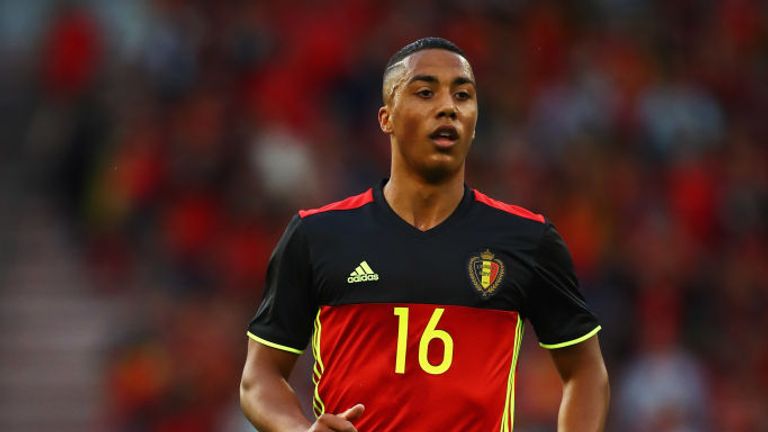 Belgium midfielder Youri Tielemans says he is flattered by reported interest from Manchester United and Tottenham.

Belgium midfielder Youri Tielemans says he is flattered by reported interest from Manchester United and Tottenham.

Tielemans, 22, impressed in his loan spell with Leicester City during the second half of the season, scoring four goals in 13 matches during his time at the King Power Stadium, and he hopes his future will be decided by the end of the month.

"We'll see which club it will be," he said. "The only thing I can say is things are moving. A lot of clubs have shown interest. We will see in the next few weeks who it will be.

"Yes [I am flattered by Man Utd and Spurs interest], they are really big teams in England and in Europe. To hear those names gives me confidence. I just try to play my game on the pitch and try my best."

Tielemans is away with Belgium preparing for their European Qualifiers against Kazakhstan and Scotland.

The matches are live on Sky Sports Football on Saturday and Tuesday.