Mourinho will make his first appearance in the studio for Chelsea's visit to Manchester United, live on Sky Sports Premier League on Sunday, August 11; Kick-off is at 4.30pm 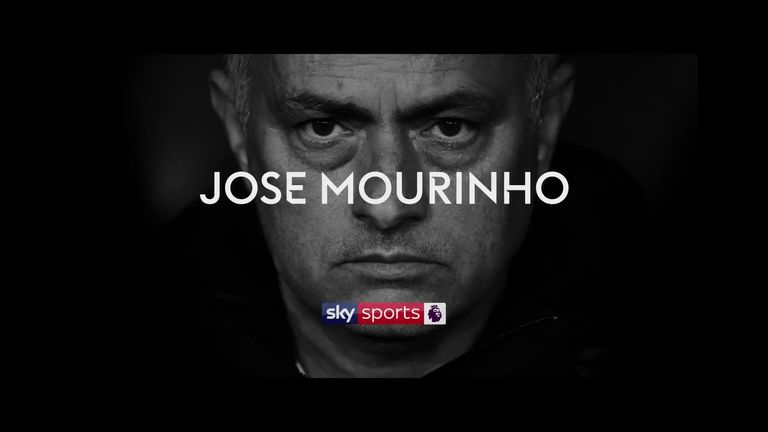 Three-time Premier League winner Jose Mourinho will join the Sky Sports team as part of its biggest ever season of football.

The former Chelsea and Manchester United manager brings a wealth of knowledge from dressing rooms and dugouts across the country and strong opinions that will be put to use in the Sky Sports studio this season.

Mourinho will make his first appearance in the studio for Chelsea's visit to Manchester United on Sunday, August 11, live and exclusive on Sky Sports Premier League. Coverage begins at 1pm ahead of Newcastle vs Arsenal, with kick-off at Old Trafford at 4.30pm.

Mourinho also brings success at home and abroad; a Champions League winner with Porto and Inter Milan and La Liga champion with Real Madrid, he has won trophies everywhere he has been. At Chelsea he won back-to-back titles, as well as two League Cups and the FA Cup in his first spell, before going on to win the League Cup and Premier League in his second spell at Stamford Bridge.

At Old Trafford he took United to League Cup and Europa League success, completing the set of European titles for the Manchester club.

Mourinho said: "The Premier League is a special competition for me, one that takes so much hard work to win and you just can't take your eyes off the matches every week.

"Sky Sports is the home of the Premier League and it's a pleasure for me to join this team and help to understand and explain what happened in each match. Football is a huge passion, it means so much to the fans, and I look forward to being part of the Premier League with them until I return to my place on the touchline."

Sky Sports head of football Gary Hughes said: "Sky Sports has a fabulous team, but the best has just got better with Jose joining. He brings incredible success everywhere he has been and some terrific insight from being at the sharp end of football management for two decades.

"He's a proven winner and ahead of our biggest season yet, we're delighted to have him on our team."

Sky Sports' digital platforms are the home of live blogs for every Premier League game, with in-game goals from Sky games and match highlights available on web and mobile.

You'll also find match highlights from every Sky Bet EFL game on skysports.com, the Sky Sports app and the Football Score Centre, as well as news, features and expert opinion from our pundits across the leagues, throughout the year.

Your new season on Sky Sports

The 2019/20 campaign will serve up more drama, more excitement and more games - and you can take your seat with our Total Football offer of two channels for the price of one.

Sky Sports has eight channels dedicated to the Sports you love. You only have to pay for the channels you want to watch - and it's up to you whether you take a contract or not.

To watch all the action from the new season, choose to take both our Sky Sports football channels for just £18 extra a month and no contract - or get all eight channels for £23 a month with an 18-month contract.