England and Bulgaria charged by UEFA following their European Qualifier

UEFA has opened disciplinary proceedings against Bulgaria following the racist chanting in Sofia on Monday – while England have also been hit with two charges.

England ran out 6-0 winners in the European Championship Qualifier but the game was marred by the torrent of racist abuse directed at their players with the game twice halted during the first half.

Now, the Bulgarian Football Union has been charged following home supporters' "racist behaviour", which includes chants and Nazi salutes, "throwing of objects", "disruption of national anthem" as well as "replays on giant screen" during the game. 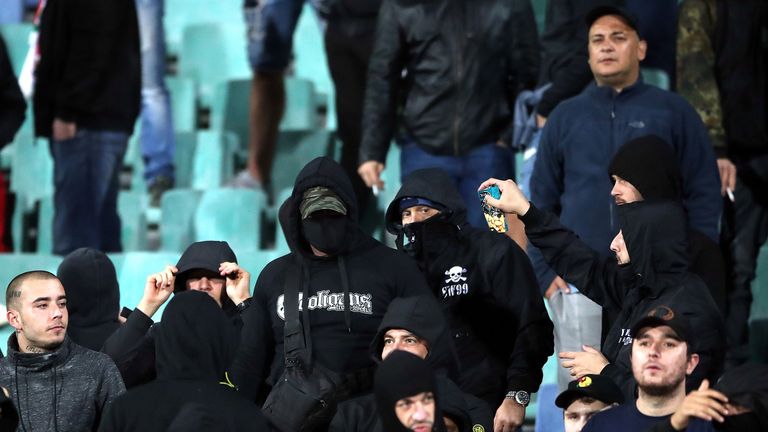 The English Football Association has also been charged with disruption of a national anthem by the visiting supporters, as well as an insufficient number of travelling stewards.

According to a UEFA statement, the case will be dealt with by the governing body's control, ethics and disciplinary body, with the date of the meeting yet to be confirmed.

In a statement issued on Tuesday, UEFA President Aleksander Ceferin urged governments to escalate the "war on the racists" to help football authorities eliminate it from stadiums, and blamed a "rise of nationalism" for encouraging abuse.

"Believe me, UEFA is committed to doing everything it can to eliminate this disease from football," Ceferin said. "We cannot afford to be content with this. We must always strive to strengthen our resolve. 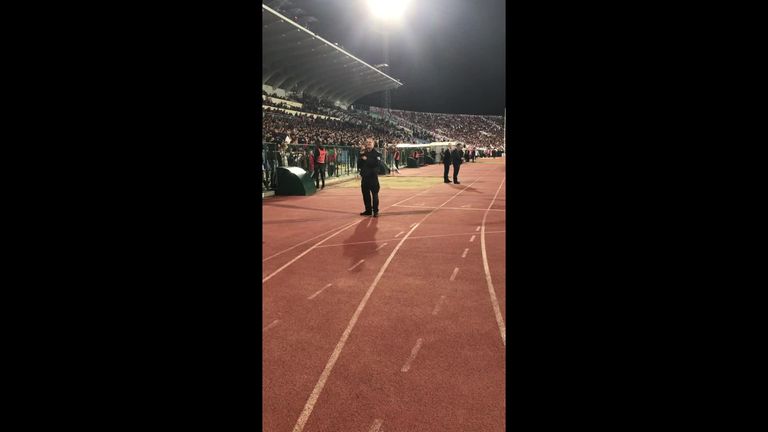 Police spotters were recording the crowd during Bulgaria's match against England in Sofia.

"More broadly, the football family - everyone from administrators to players, coaches and fans - needs to work with governments and NGOs (non-governmental organisations) to wage war on the racists and to marginalise their abhorrent views to the fringes of society.

"There were times, not long ago, when the football family thought that the scourge of racism was a distant memory. The last couple of years have taught us that such thinking was, at best, complacent.

"The rise of nationalism across the continent has fuelled some unacceptable behaviour and some have taken it upon themselves to think that a football crowd is the right place to give voice to their appalling views." 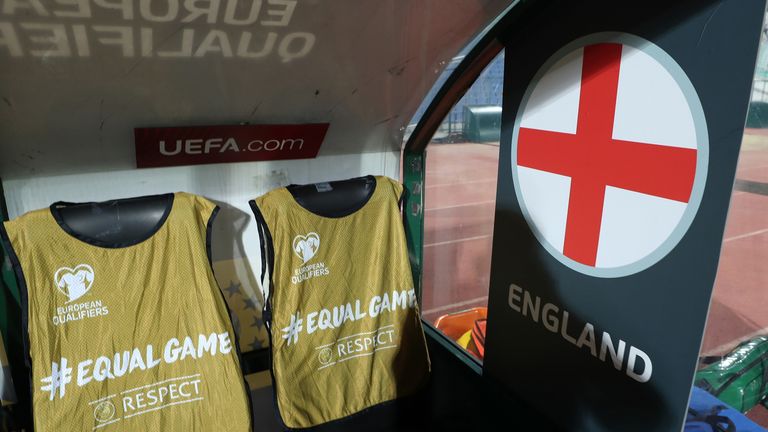 "Football associations themselves cannot solve this problem," Ceferin said. "Governments too need to do more in this area. Only by working together in the name of decency and honour will we make progress.

"As a governing body, I know we are not going to win any popularity contests, but some of the views expressed about UEFA's approach to fighting racism have been a long way off the mark."