Watch Birmingham vs West Brom live on Sky Sports Football from 12pm on Saturday; Kick-off is at 12.30pm.

Over the past two seasons in the Championship, West Brom have had a knack of using the loan market to bring a number of high-profile players to The Hawthorns.

There's no doubt eight successive Premier League campaigns have been influential to the levels of attraction, with Leicester's Harvey Barnes and Newcastle's Dwight Gayle perhaps the two standout performers as the Baggies reached the Sky Bet Championship play-off semi-finals earlier this year.

But with last season's failure fresh in the mind, the club ventured overseas in search of their next temporary star. On August 8 - Deadline Day - ex-Arsenal trainee Chris Willock joined from Benfica, while Matheus Pereira began his third successive loan spell away from Sporting CP. But though the former is yet to make his first-team bow, the latter has excelled.

With the help of Sky Sports EFL pundit Andy Hinchcliffe and German journalist Uli Digmayer, we examine the potential of the 23-year-old Brazilian attacking midfielder…

'Fans mourn him for seeing what he does at West Brom'

Plucked from relative obscurity in his home country as a 14-year-old by Sporting, Pereira starred for the club's B team and broke into the first team at Estadio Jose Alvalade five years later. He was used sparingly, though, and was sent out on loan to fellow Primeira Liga outfit G.D. Chaves for 17/18, seemingly thinking such a loan move automatically warranted a first-team berth upon his return.

He found out at the beginning of last season that wasn't quite going to be the case and took to social media to express his displeasure. "Change your attitude and maybe you will be summoned. It's not social media posts that reverse the situation," one fan replied. A second loan, this time to Bundesliga club FC Nurnberg, beckoned.

Digmayer, who covers Nurnberg for Nurnberger Zeitung, admits that, despite subsequent issues, fans long for the abundance of talent Pereira possesses as they battle to win promotion from the second tier following relegation.

"Yes [he had problems with his attitude]," he said. "In an extremely important match against Fortuna Dusseldorf, he saw the red card after four minutes because of an attack. Nurnberg had one less player for the majority of the game and lost 2-1.

"Nuremberg interim coach Boris Schommers said afterwards: 'A young player has to keep himself in check no matter what happened before. You have to be so professional, not to be carried away to something.' The fans were also very upset about Pereira, who was suspended by the DFB [German FA] for three games.

"Pereira made his debut on the third matchday at Werder Bremen indicating his offensive qualities. In the backward movement, however, he was a disaster. The then coach, Michael Kollner, found that Pereira first had to get used to German football and the associated defensive work.

"He is nimble, good at dribbling, tricky, creative, lively and technically outstanding. Sometimes he was a bit too playful and casual, however, many have come to believe that Kollner should have integrated a great footballer like Pereira much earlier.

"Nurnberg's new sports director Robert Palikuca had made great efforts to persuade Pereira to stay after relegation, but unfortunately without success. Many fans mourn him for seeing what he does at West Brom; I'm not surprised because he already hinted at his great potential."

It goes without saying that Slaven Bilic's arrival was the tonic required to reinvigorate the Baggies. He's assembled a squad with a blend of youth and experience and has seen his team exclusively remain in the automatic promotion places, alongside Leeds, since the first week of October.

At this point, there's an unprecedented 11 point gap between second and third.

Pereira has already scored five goals - many of them spectacular - and assisted 10 more during West Brom's ascent, but speaking on the Sky Sports EFL Podcast earlier this week, Hinchcliffe argued that Bilic's tendency to set up in a 4-2-3-1 formation is a key factor in his attacking threat.

He said: "I think it's a nice problem for Slaven Bilic to have, criticising a player for shooting. Whether he shoots or passes, the ball ends up in the back of the net. You have to put him in the same class, this season, as Tom Cairney, Pablo Hernandez, Ebere Eze at QPR.

"But what makes him stand out is his end product; the goals, the assists - consistently producing. Yes, he takes a lot of the credit, of course as an individual he's a very talented player, but the team structure around him really does help him flourish as well. You've got Jake Livermore and Romaine Sawyers sitting in behind him, offering that defensive insurance and he's given the freedom to step forward. 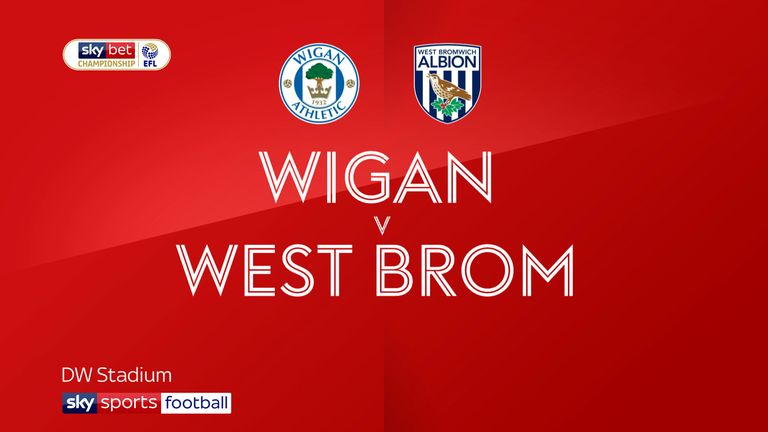 Highlights of the Sky Bet Championship match between Wigan and West Brom.

"He does work hard for the team as well, so he's got that work ethic that Bilic wants from every single one of his players. I think the team deserve a lot of credit. When individuals are talked about a lot and influence games a lot, it's very much the team around them that allows those players to let loose and come to the fore.

"The West Brom players around Matheus Pereira should be very pleased with the job they've done to allow him to be as good as he is."

When Pereira signed on loan in the summer he made it clear that playing in the Premier League was his ambition. If his loan employers take up their option to purchase him, either in January or the summer, he might just realise it.