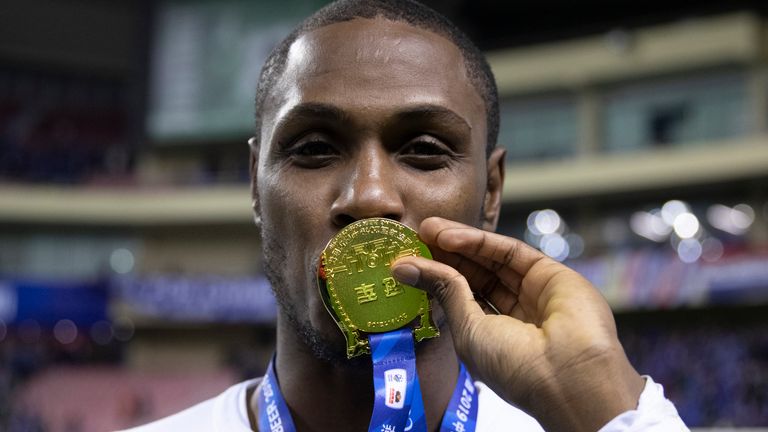 Manchester United have agreed a deal with Shanghai Shenhua to sign striker Odion Ighalo on a six-month loan.

United are finalising the move to bring in the 30-year-old who has Premier League experience at Watford between 2014-17.

Ighalo is in pre-season training with Shenhua, but the new Chinese Super League season has been delayed due to the escalation of the coronavirus.

Tottenham also made their own late attempt to secure a loan deal for Ighalo on Deadline Day.

United earlier had a £20m bid for Bournemouth striker Joshua King rejected as the club target cover in the absence of the injured Marcus Rashford, but their pursuit of the Norway international appears to have ended.

Inter Milan also wanted to sign Ighalo, when their pursuit of Chelsea forward Olivier Giroud failed, but the Nigerian had his heart set on a move back to English football. 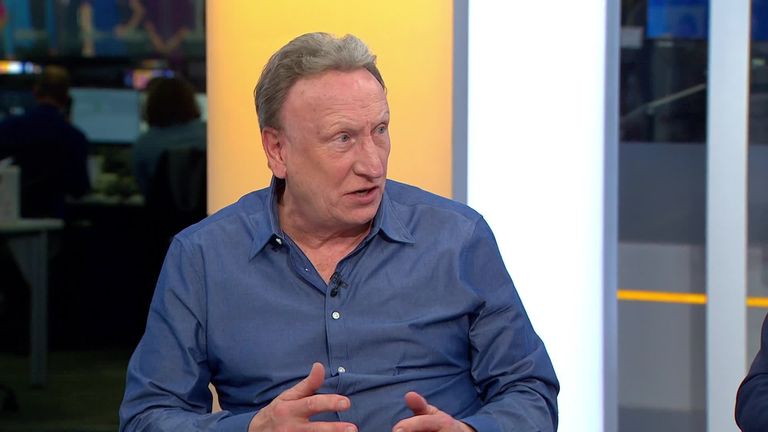 After the home game against Wolves on Saturday, live on Sky Sports, United have a 16-day gap before they play Chelsea in their next Premier League fixture.

Tottenham, who have explored a number of short-term options to cover for the injured Harry Kane this month, are increasingly unlikely to sign a striker but continue to explore what are now limited options.

"Ole Gunnar Solskjaer said he wanted a striker, he said he wanted a goalscoring option. Manchester United have backed him. They have done the talking with a very late smash-and-great raid."

Amid some incredulity that a player who left England as an out-of-form Watford striker more than three years ago has seemingly been earmarked as Marcus Rashford's replacement while he recovers from injury, there is a certain logic behind bringing in a man who was also sought after by Inter Milan and Tottenham during the January window.

Odion Ighalo knows the Premier League, has scored goals in the top flight and arrives at Old Trafford in good form. He has the sort of turn of pace which will fit in well to the style of football Ole Gunnar Solskjaer is trying to play.

He has quick feet, you won't find too many defenders outpacing him over the first five yards, and with United keen to play with a pacey front three, he certainly fits that billing more closely than Romelu Lukaku, whose transfer last summer has since been called into question with the club's lack of depth in attack.

The Nigerian is certainly not of the calibre of many of United's forward signings even in recent years, but after a 14-goal haul during his one full top-flight season at Vicarage Road, he was linked with some of Europe's biggest clubs in far more glowing terms.

During that 2015/16 season, the Hornets' first back in the Premier League, Ighalo and Troy Deeney were the main men at Watford, and scored 15 and 13 goals respectively while no one else managed more than two. While Ighalo wasn't particularly clinical in front of goal during that campaign, although he did end with a shot conversion rate of 13.8 per cent, similar to that of Raul Jimenez this season, and only three less than Anthony Martial.

But the following season, he struggled with form and a growing feeling he had been found out; he managed only one goal in 14 starts before moving to China in January 2017, already looking a shadow of his former self.

He has since found his way back to form, netting 46 times in 70 games in the Chinese Super League across three years, but the quality of the far-east domestic competition is nowhere near that of the Premier League.

Whether he can prove an effective stop-gap for United looks far from certain but the 30-year-old does have some positive signs on his side. And even if it all falls flat, he's due to return to Shanghai Shenhua at the end of the season anyway - with little to lose for Solskjaer or the player himself.