Aymeric Laporte returned to the Manchester City team in their 2-0 win over West Ham. The centre-back's presence makes them a better side in and out of possession, explains Adam Bate

Aymeric Laporte did all he could to get his boot on the end of Rodri’s header but the defender was unable to claim Manchester City’s opening goal in their 2-0 win over West Ham. No matter. Nobody leaving the Etihad Stadium on Wednesday evening could be any doubt that Laporte’s return to fitness transforms the potential of Pep Guardiola’s team.

How the Frenchman has been missed this season. This was only his sixth start of the campaign, having limped off with a serious knee injury against Brighton in August. There was an abortive comeback in the 1-0 away to Sheffield United last month but Laporte was forced to miss the subsequent defeats to Manchester United and Tottenham.

Back in the team and back to winning ways.

Even in what has been an underwhelming season so far, Manchester City's record with Laporte in the side hints at what might have been. It is five wins and a draw from those six games. The record would be 100 per cent had the ball not brushed his hand on the way to Gabriel Jesus in the 2-2 draw at home to Tottenham at the start of the season.

Without him, it's been a different story.

"We have missed him a lot," said Guardiola recently. "Imagine the best teams in the world losing their best central defender. His character and his winning mentality. He is fast, strong in the air. He has all the attributes. For me, when he is fit he is the best left central defender in the world."

City had been so fluent throughout much of the previous two seasons that it is something of a surprise that the loss of Laporte has been felt so keenly. Even the absence of the brilliant Kevin De Bruyne, man of the match once again against West Ham, did not damage them as much as this. But the evidence is there in the team's defensive record.

Laporte's six starts have brought four clean sheets, although, admittedly, he has only finished half of those games. More telling is the fact that the 20 Premier League matches City have played without him this season have yielded only five clean sheets. They have been weaker at defensive set pieces and too easy to counter-attack against when Laporte is not on the pitch.

In truth, on the occasion of Laporte's 50th Premier League appearance for City, West Ham were no more than a sporadic threat at the Etihad. Guardiola's side dominated. What is interesting, however, is that the star centre-back's influence is just as apparent when City are in possession of the football as when they are not.

In fact, given that they had 78 per cent of the possession against West Ham, this is perhaps where his impact is most obvious. Laporte, the man who completed more passes than any other defender in the Premier League last season, plays a huge part in constructing Manchester City's build-up. It is an aspect of the game that is an obsession for the manager.

There were plenty of examples against West Ham. The crisp pass fired into the feet of Sergio Aguero just after the quarter of an hour mark was one of four balls that found the striker. When Laporte was substituted midway through the second half, he had attempted 57 passes in the match and completed all but one of them - a success rate of 98.3 per cent.

City's total of 891 passes in the match was their highest of the season so far and Laporte's contribution to that should not be underestimated. Rodri was impressive but this was largely because he was allowed to impress - having 196 touches of the ball, by far the most that any player in any team has had in a Premier League game all season.

The man who passed it to him most, despite only playing three quarters of the match, was Laporte. He found Rodri 29 times. West Ham could and should have done more to stop it but Guardiola will have enjoyed the fact that - finally - his City side appear to have sorted out their build-up play.

Again, this should not come as a shock with Laporte back in the team, particularly up against a deep defence. He, even more than makeshift centre-back Fernandinho, is a player who relishes stepping out from the back and joining in the attacks. It helps to open up new passing lanes for the team - vital when the playmakers are being denied space.

Solving this conundrum was a feature of City's success last season. 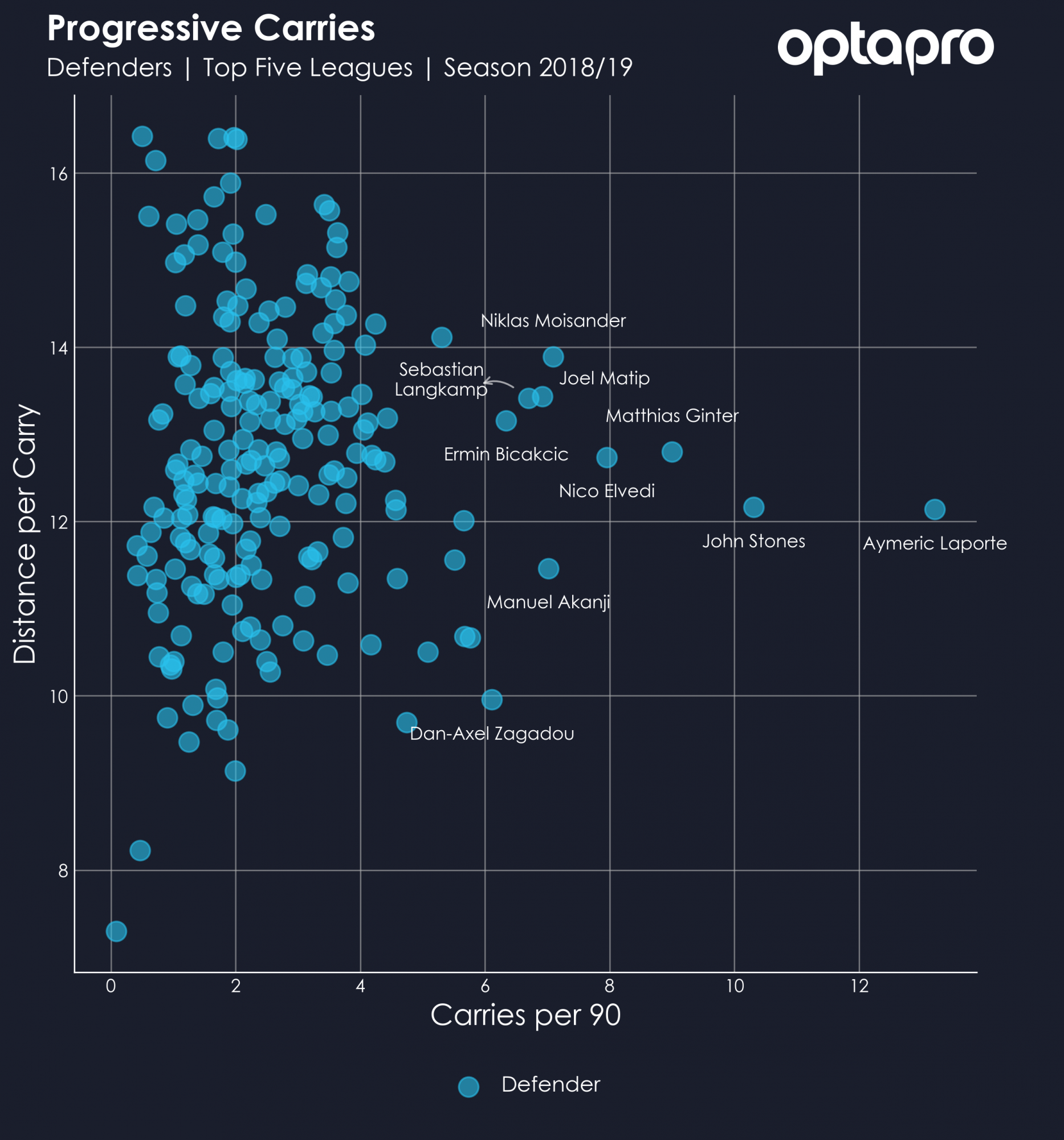 Peter McKeever analysed this for OptaPro by looking at 'progressive carries' - a metric that was defined as carries that occur in the opposition half which are greater than five metres and move the ball at least five metres towards the opposition goal.

There were 345 final-third entries in total. Over 1000 forward passes, the most by any outfield player. No wonder Manchester City have not looked the same without him. 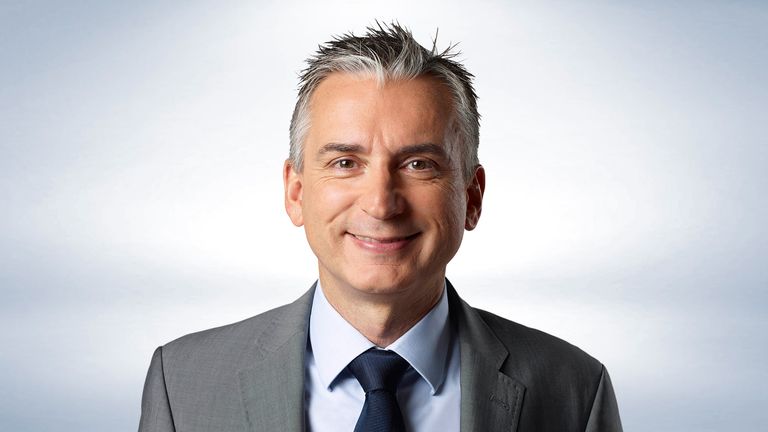 Pep Guardiola must wonder if the story would have been different with him in the team every week if he could have stayed fit.

"Pep Guardiola must wonder if the story would have been different with him in the team every week if he could have stayed fit," Alan Smith told Sky Sports. "He make a huge difference at the heart of that defence with his composure and dominance. The league has gone but it is a timely return with Real Madrid coming up in the Champions League."

That fixture looms large on the horizon and is a reminder that it is not just Manchester City's build-up play against deep defences for which Laporte is needed. Guardiola has bigger plans. Following news of the two-year suspension from UEFA competition that the club still hopes to overturn, how they would love to end the season as Champions League winners.

Improvement will be needed, but Laporte makes City slicker and more solid. "We cannot expect Aymeric is going to solve all of the problems," said Guardiola recently. That has never been more obvious given the off-field concerns right now. But Aymeric Laporte might just solve enough of City's problems to allow them to end the season with a trophy or three.