Mesut Ozil's contract was due to expire at the end of the season but Arsenal allowed midfielder to sign a deal with Fenerbahce; Ozil: "Together we won trophies for the first time in years and created memories that will last a lifetime. The Arsenal fans will forever remain in my heart"

Mesut Ozil has thanked Arsenal for an "amazing journey" after his departure to Fenerbahce was confirmed, saying he goes with no grudges despite not playing for nearly a year.

The 32-year-old, who said goodbye to his Arsenal team-mates before flying into Turkey last Sunday, has officially signed a three-and-a-half-year contract at Fenerbahce and trained with his new team-mates on Sunday.

Ozil has received a £4.5m sign-on fee and will earn around £60,000 a week from the club - a pay cut from his £350,000-per-week deal at Arsenal - although his wages will be boosted by sponsors and endorsements.

Despite not playing for Arsenal since a 1-0 win over West Ham in March 2020 and being omitted from the club's Premier League squad, Ozil took to social media to bid farewell to his former side and only had words of gratitude.

"I'd like to thank the club for this amazing journey over the past seven-and-a-half years," he said on Twitter in a long heart-felt letter to Arsenal fans.

"The support I have felt from the team and fans during my time here has been truly incredible and something I will always be grateful for," he added to the club's official website.

"Together we won trophies for the first time in years and created memories that will last a lifetime. The Arsenal fans will forever remain in my heart.

"I'd like to thank Edu Gaspar for helping bring about a professional and dignified solution in the past few days, and I wish everyone at the club the best in their attempt to continue to bring Arsenal back to the top, where we belong."

Writing on Instagram, Ozil was more emotional, saying: "I will always be grateful for the trust placed in me by Arsene Wenger in September 2013. I've grown up as an adult in North London, a place I'll always call home. I'll never forget that.

"It's difficult for me to put into words the love I feel for this club and the fans. How could I possibly describe eight years of gratitude in a single letter? I will be a Gunner for life - no doubt about that." 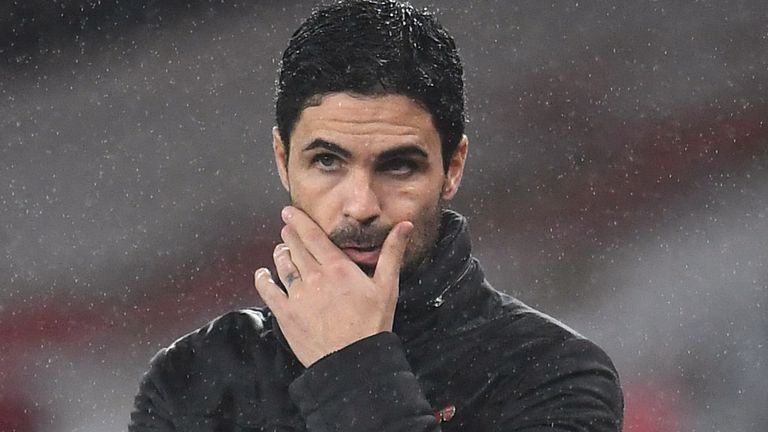 Fenerbahce president Ali Koc requested fans to send goodwill text messages, each of them worth around £2, to financially support the club.

Over 160,000 messages have already been sent - earning the club over £300,000 - and the campaign will continue until Ozil is formally unveiled on Tuesday or Wednesday.

Having started the first 10 games under Mikel Arteta following his appointment in December 2019, Ozil has not featured since the 1-0 win over West Ham before the coronavirus pandemic saw football grind to a halt.

He was omitted from Arsenal's Premier League and Europa League squads, with Arteta and technical director Edu insisting the decision was down to footballing reasons.

"As I said, the past few months haven't been the easiest," Ozil added. "Like every player, I want to play every minute of football for my team. In life, however, things don't always play out how we want or expect them to. 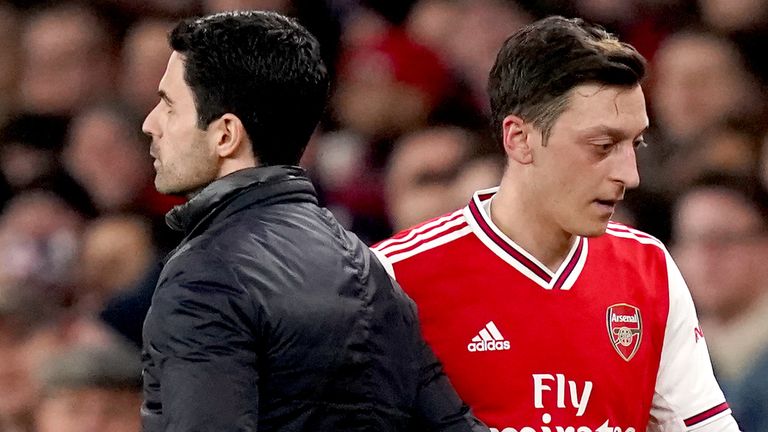 "But it is important to look for the positives in life and not negatives, which is why I try to live life with no regrets and holding no grudges. Being at Arsenal was more than just football, it was about community."

Ozil was criticised in some quarters when he refused to take a pay cut during the summer, with no football being played and Arsenal looking to balance the books.

But boss Arteta said he would be remembered for playing in three of the four FA Cup finals Arsenal won during his time at the club.

"Mesut's achievements at Arsenal are undisputed," said Arteta. "It was a privilege to play alongside him and, more recently, coach him.

"His creativity and vision led to many goals during his time in the Arsenal shirt. Mesut was at the heart of many great moments for this club over the years, including those three FA Cup final wins.

"These successes will always be part of our history. We thank Mesut and wish him all the best with Fenerbahce."