Inter Miami, part-owned by David Beckham, hired Phil Neville as their head coach earlier this week; the former Manchester United and England team-mates both brushed off talk that their friendship played a major role in the MLS club's appointment 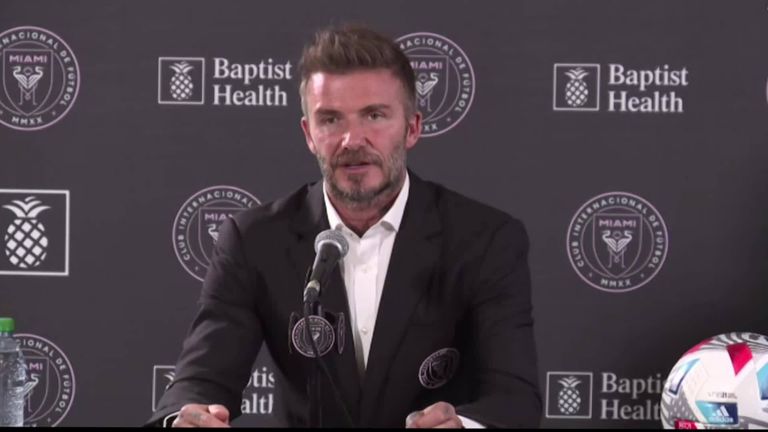 Inter Miami owner David Beckham says Phil Neville has been hired as boss because of his suitability for the role, rather than their long-standing friendship

David Beckham launched a passionate defence of Inter Miami's appointment of Phil Neville as the MLS side's new head coach, denying friendship played a part in the hiring of his former Manchester United and England team-mate.

Neville left his role as England Women head coach on Monday, several months earlier than originally planned, with Hege Riise going on to take temporary charge before Sarina Wiegman assumes the role permanently in the summer.

Beckham, who part-owns Inter Miami, played with Neville at United from academy level until he left for Real Madrid in 2003, while the pair are also co-owners of Salford City along with fellow former team-mates Nicky Butt, Ryan Giggs, Gary Neville, Paul Scholes, plus businessman Peter Lim.

This close relationship was not the main factor behind Inter Miami's decision, Beckham stressed, with the former England captain highlighting Neville's "work ethic" as the reason why he and managing owner Jorge Mas hired the ex-defender.

"I've known him since I was 15, 16 years old, from a young kid," Beckham said. "I knew what he was like as a player, I know what he's like as a human being, I know what his work ethic is like. 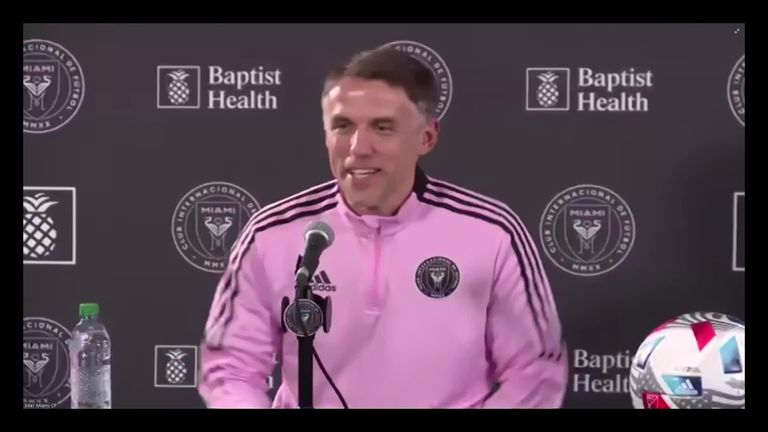 "Him and his brother Gary, I've never seen two players work as hard at their game in my whole career. So to actually have someone like that come into this club - of course people are always going to turn around and say 'Oh, it's because he's your friend' - it's nothing to do with him being my friend.

"I'm an owner of a club with Jorge. Our ownership group don't just employ our friends, we employ the best people whether it's on the field, off the field, in our backroom staff. We're running a serious soccer club. We hire people we feel are best suited for the job."

He added: "My loyalty to Phil has always been there, because as a player I relied on him to keep making those runs by the side of me, I never gave him the call because I felt I was a better crosser of the ball than he was. 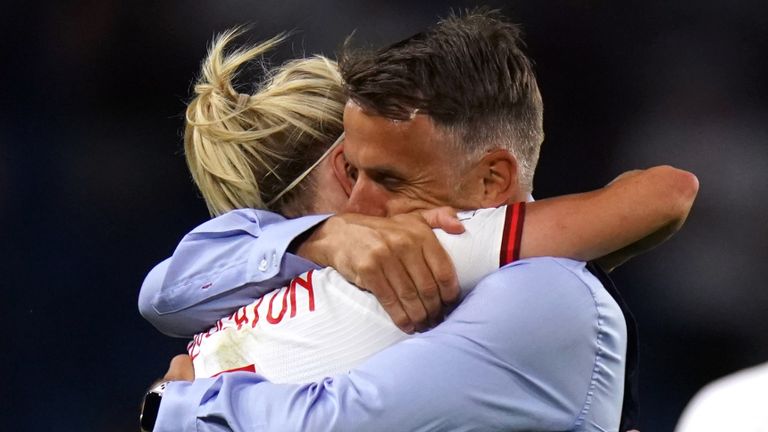 "But I knew he would keep on making those runs because he knew that was what was best for the team, and he will make those decisions as a coach, not just of our club, but a coach of our academy system and USL team, as a leader.

"That's why he's in this position. Nothing to do with the relationship we have, the friendship and loyalty we have. He's the right man for the job. I've already seen since he's been there the past week, his work ethic, what he's done with the medical team, the changes with the coaching staff and the players, it's so important, and that's what I expect of our football club. That's what I expect from Phil as a coach, so he's the right man."

Neville: Beckham's my friend, and now my boss

Meanwhile, Neville anticipates "difficult conversations" with Beckham, and insisted their friendship has not prevented them from being professional when required in the past.

Neville said: "The reality is that David is my friend, but from two or three weeks ago he became my boss. I think we have a relationship, or we've had a relationship for 90 per cent of my life, where we've been very professional. 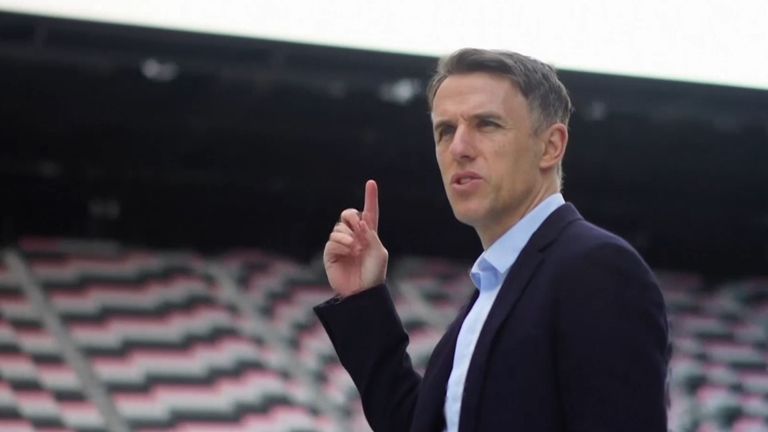 "Yes our families have been friends, but when it gets down to work, we're here to win, to be successful and build something really great.

"There will be times when we have difficult conversations, but I think because of the loyalty, the trust, the friendship that has been unbroken for 90 per cent of our lives, that will always remain the same.

"But I think we've got the same goal of wanting to do something really special, to build something here that can be bigger than anything else we've done in our careers or our lives, is something that excites me.