January transfer window: Why did Premier League, European clubs save rather than spend this winter?

Sky Sports News analyses why Premier League clubs parted with just £84.2m on January deals compared to £230m a year ago; A coronavirus pandemic has seen European clubs tighten their transfer budgets; One agent tells SSN: "£25m+ transfers will become the exception rather than the norm"

A perfect storm of factors led clubs across Europe to save rather than spend in January's transfer window.

Nowhere has suffered a bigger financial hit in the pandemic than in France. The collapse of Mediapro's £760m TV deal has left many clubs dangling by a financial thread - with no new TV deal close to being agreed.

For clubs this side of the English Channel, revenues from all but a few streams have dried up: gate receipts, corporate entertaining, advertising, and sponsorship to name a few.

And it's not just the immediate future that looks financially barren for our clubs.

Problems for Europe's most dominant financial league will be felt in all the continent's domestic competitions.

Back in the summer, when fans were expected to return to grounds within weeks, clubs continued to spend, many believing they were over the most punishing aspects of the pandemic.

Instead, as new coronavirus variants led to longer, more stringent lockdowns, boardrooms across Europe battened down the transfer hatches and looked to manage cash flows wherever possible.

One agent told Sky Sports News: "In the summer we had dozens of transfers over £25m. From now on, they will become the exception, rather than the norm.

Of course, if a club is not buying, then their players' contracts will need extending.

Few players, however, will be content to stay longer at a club, for less money.

Consequently - and there is evidence of this already happening - more and more players will see out their contracts and become free agents.

In more normal times, a free agent could rely on receiving favourable personal terms from a club due to the lack of a need to pay a transfer fee.

Already, that 'perk' appears to be withering at the vine. Wages are simply what clubs can afford - nothing more.

The rise in free-agent deals and the drop in sales of contracted players will see more deflationary pressures on transfer fees.

Last year, buoyed by a lucrative TV deal, French football was Europe's second-biggest net spender. Now, with their TV deal in ruins, clubs are pulling in purse strings wherever possible.

Across the continent, the picture is far from rosy. In Italy, Juventus spent most of the window trying to organise swap deals.

German giants Borussia Dortmund reported annual losses last autumn of €45m (£39.6m) and know they will soon have to sell the likes of Erling Haaland and Jadon Sancho to balance the books.

But how much will the likes of the Premier League's top six be willing to pay for such talents next time around?

When clubs with global revenue streams like Barcelona are asking their players to take a second pay cut, you know things are far from healthy.

If, as presidential candidate Victor Font claims, the club is already "bankrupt", what chance do smaller clubs have?

The impact of the global coronavirus pandemic and Brexit were felt acutely as the 2021 January transfer window shut relatively quietly on Monday night despite a late spree of loan deals.

In total, Premier League clubs spent just £84.2m in January on deals with disclosed fees, with the biggest deal - Amad Diallo's £37m move from Atalanta to Manchester United - being agreed in the last window.

Only 12 permanent deals were completed in the month, with Aston Villa's signing of Morgan Sanson from Marseille for £15.5m representing the biggest new deal of this window.

The sharp fall in spending has been attributed to the impact of the coronavirus pandemic and new post-Brexit immigration rules.

While football matches are taking place in relentless fashion during this condensed season, there are no fans in the stands and clubs across the country - regardless of size - have taken huge financial hits as a result.

There was an added layer of complexity for clubs trying to sign foreign players during the window, too, with post-Brexit immigration rules making it much more difficult to bring in players from other countries.

Foreign players must now pass a points-based system, while there are new limits on signing players under the age of 21.

'Transfer activity down 50 per cent' 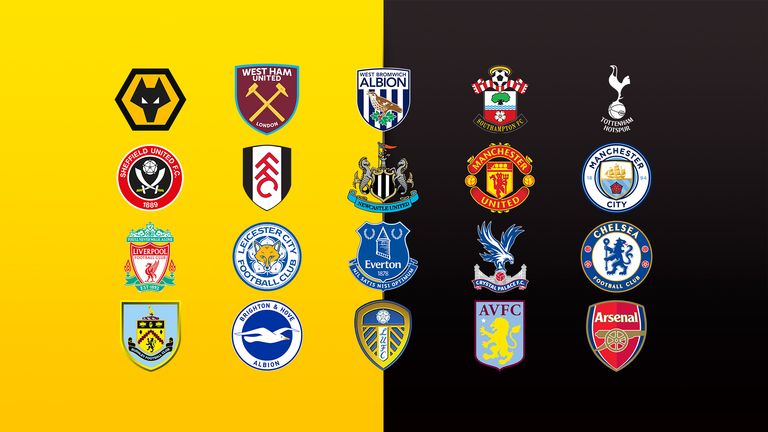 Deloitte director Tim Bridge believes the quieter January transfer window - which saw business fall by about 50 per cent - is a reflection of the uncertain financial situation amid the ongoing coronavirus pandemic.

Rather than being a trend confined to the Premier League, it was reflected across all of Europe's major leagues with clubs less active than normal.

"We probably have come to expect that clubs are going to have to react to the situation of the Covid-19 pandemic. That has impacted both the volume and the value of transfers, not just in the Premier League but across Europe," Bridge said.

"Activity is down by about 50 per cent and whereas in the summer window, that lasted into the season through to October, we saw Premier League clubs continue to spend almost in the hope that the pandemic was coming to an end at that point.

"I think where we are shows the greater level of uncertainty that these clubs are dealing with and operating in at the moment.

"I think it's absolutely a sign of the times. Football, as we have talked about through the last six or eight months, is just not immune to the challenges of the pandemic.

"Clubs typically have spent around about a third of the money that they generate on transfers. Across the two windows they have done the same. This January probably marks a shift in their attitude.

"One of our clients, a European club, said that there was nothing happening yesterday of interest to them and that probably demonstrates that clubs are just having to sit tight and work out what happens next.

"Across Europe it's reflected. People have talked at length about the financial challenges facing Real Madrid and Barcelona, but also in Italy and the other European countries, the big European leagues, the spending patterns have followed and they are all down by around about 50 per cent."