Thomas Tuchel on how he wants his Chelsea squad to operate: "I believe strongly that everybody has to have the personality to swallow criticism in front of the group"; watch Chelsea vs Newcastle on Sky Sports Premier League and Main Event from 7pm; kick-off 8pm

Chelsea head coach Thomas Tuchel says he does not do anything to be loved by the dressing room and admits he can be a "shouter".

Tuchel, who replaced Frank Lampard less than a month ago, has spoken candidly about his approach to management ahead of Monday's visit of Newcastle in the Premier League, live on Sky Sports.

The former Borussia Dortmund and Paris Saint-Germain boss is clear that he will prioritise honesty over making friends, while always maintaining a degree of unpredictability.

"Just because I'm trying hard to be kind to you guys [the media], does not mean that I am trying too hard and that everybody loves me in the dressing room because this simply does not exist," Tuchel said.

"It is not necessary. But, in a moment where I am happy I can tell them also that I am happy with their attitude, their performance and the atmosphere in the dressing room. There is no harm in that, I don't hold it back then.

"Can I be a shouter? Yeah, of course, if it's absolutely necessary. But I can be totally emotional, and I can also totally be a shouter if I feel this is the minute to do it and to surprise. If you do it all the time then no one would listen because it becomes a habit, so everybody gets used to it.

"The goal is also to stay a little bit unpredictable, and most of the time to be reasonable because, for me, it is important we build a trust and relationship that we can rely on. 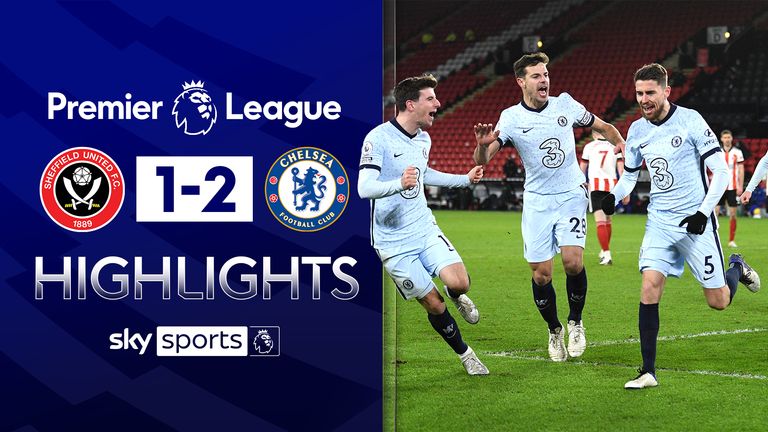 FREE TO WATCH: Highlights from Chelsea's win at Sheffield United in the Premier League

"Player's won't get punished, shouted at or insulted in front of a group, this is unacceptable. But if we have to point out things clearly I'm a big friend of doing it in front of the whole group.

"If we have behaviours that harm the group and cause trouble for the team on the pitch, we should tell the players individually, but I believe strongly that everybody has to have the personality to swallow criticism in front of the group.

"That way no harm is done because we can talk openly. To be clear and to be honest, this will never change. I don't do stuff to be loved by everyone in the dressing room, this is not possible."

Tuchel was sacked on Christmas Day by PSG, but it was only a month later that Chelsea came calling, delivering what the German described as "the best present under the tree".

It has meant some hard decisions for his family in the short-term, however, with Tuchel living alone in London while his children remain in Paris to finish the school year.

Coronavirus restrictions mean he is unable to see his family for the next few months, at least.

"It's not an easy situation, it's impossible to travel at the moment for all of us," he added.

"Things are well-organised, my kids go to school, but it would be nice if we could be together. This was the decision and now we have to cope with it like many other people.

"This is absolutely not easy, and I miss them a lot and like you say Valentines Day will be a Zoom meeting family-wise, which is pretty sad.

"But we are still privileged, we are safe, and we are healthy, and so I don't want to complain too much.

"I would like it to be different, but no complaints, we are still healthy and together as a family - even if there is a distance between us at the moment."