Maheta Molango, a former Swiss footballer, is the surprise candidate to become chief executive of the Professional Footballers' Association; Gordon Taylor is leaving the PFA role he has occupied since 1981 at the end of the season; terms yet to be agreed with Malongo

Maheta Molango is set to succeed Gordon Taylor as chief executive of the Professional Footballers' Association.

Four independent non-executive directors have been leading the recruitment process to find the union's first new chief executive in 40 years.

Taylor has held the post since 1981 and the PFA has confirmed an Independent Advisory Panel has recommended former Brighton striker Molango for the post.

In a statement, the PFA said: "Following an open recruitment process for the Professional Footballers' Association's next chief executive, an Independent Advisory Panel has recommended Maheta Molango to the Players' Board. 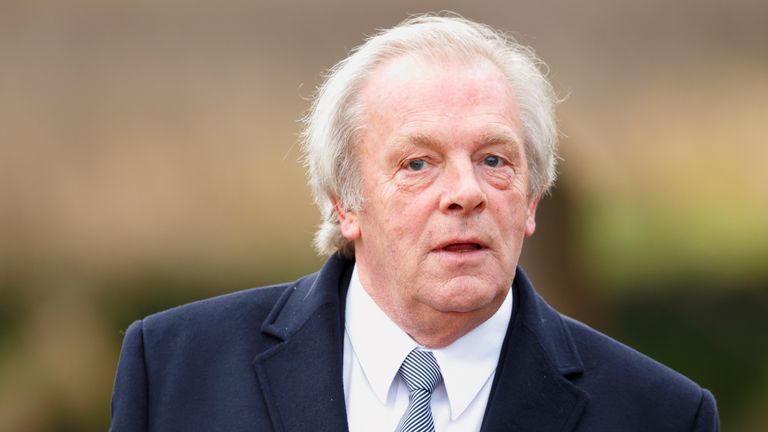 PFA chief executive Gordon Taylor, who will stand down at the end of the season, says he is proud of what he has achieved in his 40 years at the organisation

"In conjunction with an external recruitment agency, the Advisory Panel has led an independent and transparent search for the PFA's next chief executive.

"The PFA Players' Board unanimously approved the proposed candidate, and the PFA will now look to finalise terms and formalise the appointment."

The appointment has raised some eyebrows in the game after he was chosen above the PFA's chairman Ben Purkiss, who first initiated the process to oust Taylor, and Gareth Farrelly, the former Everton player who now works as a lawyer.

Molango arrived in England in 2004 when Brighton offered him a deal after a two-week trial. The striker played just seven times for them over the course of three years and had loan spells at Lincoln, Oldham and Wrexham, all without making a name for himself. He joined non-league Grays Athletic but was released in 2007 and returned to Spain where his career had began.

Having gained a Spanish degree in political science, he then moved to Washington to study law before returning to Madrid to continue his education while still playing in the Spanish lower leagues. He got his qualification and had a successful career as a lawyer specialising in sport with former Brighton and Leicester striker Leonardo Ulloa one of his clients.

He moved into the administration side of the game in 2016 when he was appointed as Real Mallorca's chief executive. He won praise for the job he did as the Balearic Island club won promotion back to La Liga. He left the position last year, having "improved the fan experience, established new marketing partnerships and improved our youth academy".