Independent report by Clive Sheldon QC concludes that while "there is no evidence the FA knew that there was a serious or systemic problem of child sexual abuse within the game in England" prior to 1995, the governing body "did not do enough to keep children safe" between 1995 and 2000 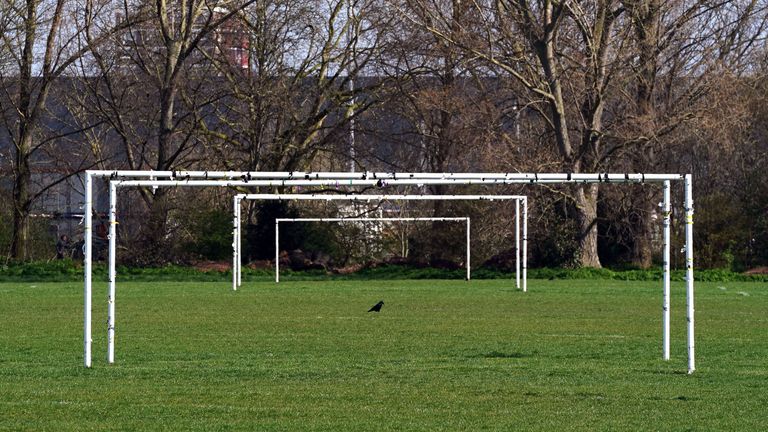 An independent review of historical sexual abuse has concluded the FA was guilty of inexcusable 'institutional failings' in delaying the implementation of child safeguarding measures between 1995 and 2000, reports SSN's Geraint Hughes

A four-year review into child sexual abuse allegations within football has concluded that the Football Association did not do enough to keep children safe between 1995 and 2000, describing it as "significant institutional failings for which there is no excuse".

A 707-page report was published on Wednesday by Clive Sheldon QC, who was appointed by the FA in December 2016 to undertake an independent review into allegations of sexual abuse by coaches and scouts working within youth football between 1970 and 2005.

Sixty-two survivors of abuse and 157 further individuals gave evidence to the investigation, which looked at how the FA, clubs, and individuals handled reports of abuse at the time.

The report concluded that while "there is no evidence the FA knew that there was a serious or systemic problem of child sexual abuse within the game in England" prior to 1995, the governing body "did not do enough to keep children safe" between 1995 and 2000.

"The FA acted far too slowly to introduce appropriate and sufficient child protection measures, and to ensure that safeguarding was taken sufficiently seriously by those involved in the game," the report stated.

"These are significant institutional failings for which there is no excuse."

'A dark day' for football - FA

FA chief executive Mark Bullingham responded to the publication of the report by offering a "heartfelt apology" to the survivors of child sexual abuse in football.

Bullingham said it was a "dark day for the beautiful game", that there had been a "gut-wrenching breach of trust", and that the FA had "no excuse" for its failings. He also added that the organisation accepts Sheldon's recommendations in full and vowed to continue to improve its safeguarding practices. 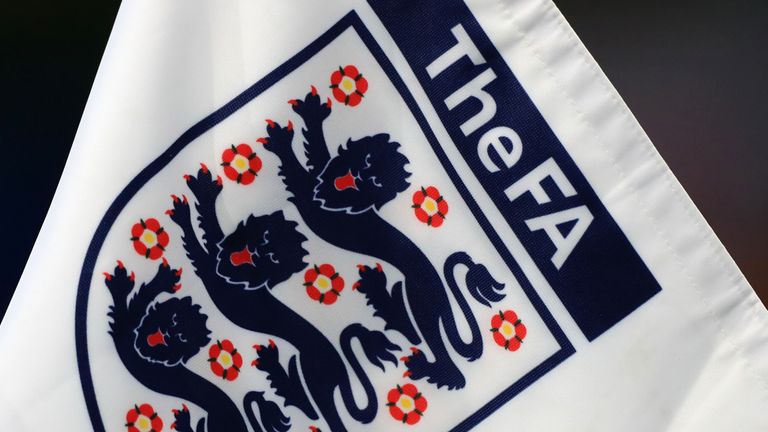 A number of the allegations centre on convicted paedophile Barry Bennell, who was a youth coach at both Crewe Alexandra and Manchester City during the 1980s and 90s.

The report concluded the FA "did not act appropriately" following Bennell's release from prison in 2003, and cited the fact no measures were put in place to stop him from returning to football.

While the report found no evidence he had returned to the sport after his release, the FA's failure to monitor it "allowed children to be put at potential risk".

Bullingham also confirmed that former Crewe manager and director of football Dario Gradi, who was in charge of the club during Bennell's time there, has been "effectively banned for life" by the FA.

Gradi was suspended in 2016 by the FA pending an investigation into claims he "smoothed over" a complaint of sexual assault against Chelsea scout Eddie Heath when he was assistant manager at the London club in the 1970s.

The Sheldon report said that Gradi "should have done more" to help investigate rumours about Bennell, but there was "no evidence" that he had "acted inappropriately".

However, Bullingham confirmed that Gradi's suspension had not been lifted since first being put in place in 2016, and will not be in the future.

Historical failures were also identified at a number of other clubs, including Chelsea, Aston Villa, Newcastle, Stoke, Peterborough, and Southampton.

The report highlighted numerous examples where clubs linked to abusers had heard rumours or received complaints and failed to handle them properly.

In all, the review said data passed to it by Operation Hydrant in August 2020 had identified 240 suspects and 692 survivors.

There were also apologies issued in statements from the Premier League and English Football League, while Manchester City released the findings of a report of their own.

City issued a statement to "apologise publicly and unreservedly" to those who were abused by three individuals named in their own report, commissioned in 2016 and carried out by Jane Mulcahy QC.

The report found that the club's response to allegations concerning Bennell, John Broome and Bill Toner was "wholly inadequate" in its failure to investigate fully or inform the police.

'Terrible history must not be repeated'

The review also made 13 recommendations for the FA to improve safeguarding.

These include a board member becoming a safeguarding champion, an annual review of safeguarding spot-checks that grassroots clubs can carry out, and the employment of safeguarding officers at all 92 professional clubs - full-time in the Premier League and Championship and part-time in Leagues One and Two.

It also calls for an annual safeguarding review and a National Day of Safeguarding In Football. 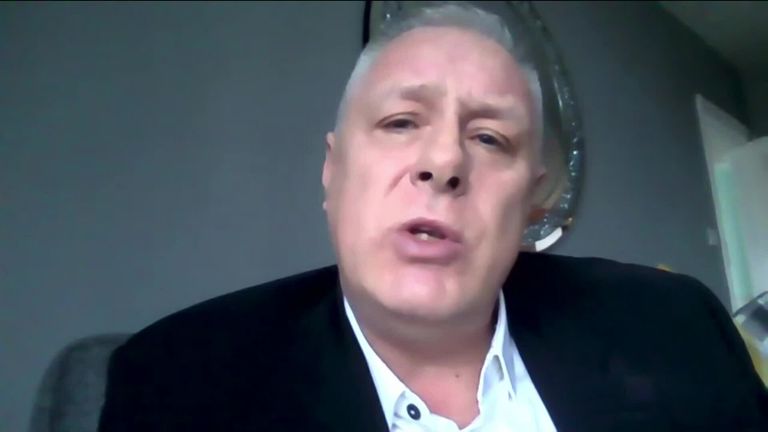 "I very much hope that this report will be read carefully by all persons involved in administering the game of football today, including The FA and the clubs who were associated with perpetrators of abuse," added Sheldon.

"Understanding and acknowledging the appalling abuse suffered by young players in the period covered by the review is important for its own sake. Survivors deserve to be listened to, and their suffering deserves to be properly recognised.

"As well as recognising and facing up to what happened in the past, it is also important that this terrible history is not repeated, and that everything possible is done now to safeguard the current and future generations of young players.

"I hope that this report will make some contribution towards that."

Department for Digital, Culture, Media and Sport committee chair Julian Knight MP says the FA has "grave questions to answer" following the release of the report.

"The failure of the FA to keep children safe is truly shocking," said Knight.

"There can be no excuses for the critical delays to act or provide guidance to those working on child protection. We could be looking at the biggest safeguarding scandal in football's history.

"I am shocked by the scale of the abuse that has been identified and the acknowledgement that though it's not possible to know the precise number of incidents as most are not reported, it was clear there was a considerable amount of abuse.

"The FA has grave questions to answer about its past record and needs to reassure parents about what it's doing now to ensure that children are being kept safe from predators."

"I welcome the extensive work Clive Sheldon QC has carried out to review this hugely important inquiry, and pay tribute to the courage of the victims who have stepped forward," he said.

"We are absolutely clear that sports governing bodies, clubs and coaches at every level have a duty of care to young people, who must be able to enjoy participating in sport with the expectation that their welfare will be protected. Lessons must be learnt from the past to protect our young people today.

"Whilst I acknowledge the FA takes this very seriously and has already implemented many of the Sheldon Inquiry's recommendations, I expect it to implement all of them now.

"Over the past two decades the government has made significant progress around safeguarding in sport and continues to review the legal safeguards in place."

Ackley: Report must be used as springboard

The Professional Footballers' Association offered its "deepest sympathy" to the survivors, while its survivor support advocate called on the FA to ensure the report is used as a "springboard" for greater safeguarding.

Ian Ackley, who was raped hundreds of times by Bennell between 1979 and 1983, is employed by the PFA (in a role co-funded by the FA) to provide free and confidential support to anyone who experienced abuse while participating in football.

"I think it's welcomed by everybody. It's been a long-awaited report," Ackley told Sky News.

"At first glance I think that the recommendations are very positive. I do think that they paint with a very broad brushstroke, although it does give a nod to some very important things around education and training and awareness, particularly for children and carers and parents. 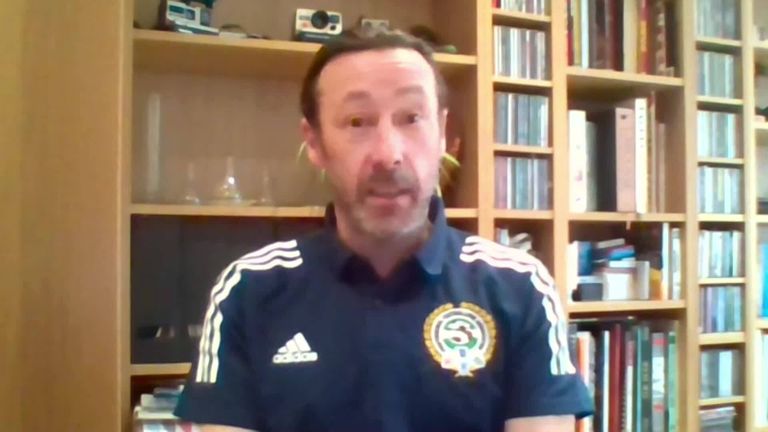 Abuse survivor Ian Ackley welcomed the findings of the report into child sexual abuse in football, but suggested that the FA itself may need outside governance.

"I'm a little disappointed that we've not seen anything there about some outside independent scrutiny or policing if you like of the FA.

"I think that's something that we have well established in most walks of life in society and I would have liked to see some recommendations of external inspection over and above the FA's governance.

"The big question is now it's over to the FA, can we use this as a foundation and as a springboard to move forward from and can we meet those recommendations and go way beyond.

"If it's viewed as a starting point to go forward on the good work that's already been done, then I'd welcome this, if it becomes the be all and end all and that's what they sit on and no further, that would be a disappointment." 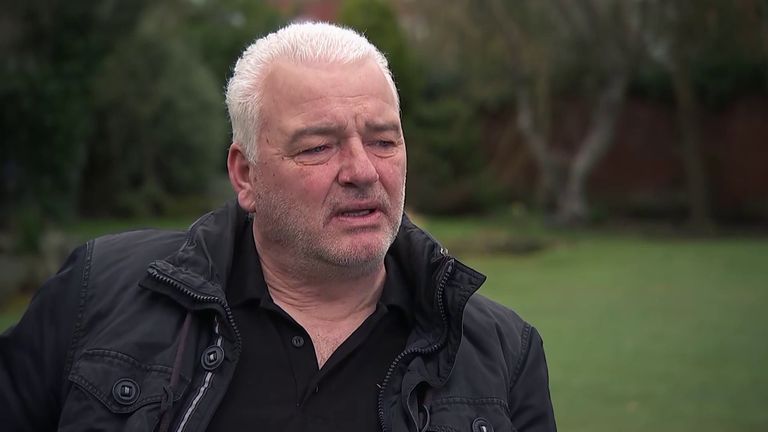 Former Manchester City midfielder Paul Stewart, a survivor of abuse by serial paedophile Barry Bennell, says the FA needs a reform after the Sheldon review found the organisation to have put children at 'potential risk of abuse'

Former Manchester City, Tottenham and Liverpool midfielder Paul Stewart has called for reform at the FA following the release of Sheldon's report.

Stewart was sexually assaulted by a youth-team coach during his childhood, and the former England international believes the FA did not do enough to protect children.

"I think quite rightly it's highlighted the failings of the FA in numerous areas," Stewart told Sky Sports News.

"But I think when I get the chance to read it in its entirety, we will find that the FA have had a lot of criticism through the report. I think rightly so, in most of the areas, and I think they will admit that.

"We know that the FA maybe needs reform. That's not just on the safeguarding side, that's as a whole.

"For far too long, it's been the 'Old Boys' and the game has moved on so much, then so should the governing body. For me personally, I don't see that that's happened."

The Offside Trust, which was founded and run by survivors of sexual abuse in sport, has criticised the findings of the Sheldon report as "blindingly obvious".

"We are deeply disappointed that an opportunity to create a world-class standard of child protection and safeguarding in sport has been missed," read a statement.

"The recommendations are ones which would have been blindingly obvious to anyone within a few weeks of the scandal breaking.

"The FA should have immediately made these most basic of changes around training, awareness, spot checks and transparency without waiting for a 700-page report.

"The fact that they didn't speaks volumes about how far from reality the FA has been in this process.

"Most of the recommendations are things that have already been in place within other sports bodies (such as the RFU) for several years.

"It is shocking that we have had to wait nearly five years to have someone suggest that a bit of safeguarding training every three years might be a good idea."

For further information about child abuse, sexual abuse, or exploitation, for either you or someone close to you, please see the list of organisations listed in the child abuse section on Sky's Viewer Support page.