Sheffield United are hoping Sander Berge will be ready to make a comeback within a fortnight after being out for three months with a hamstring injury; the Norway international underwent surgery in January; Berge has attracted interest from a number of top-flight clubs

Sheffield United's sought-after midfielder Sander Berge could return to match action within a fortnight after three months on the sidelines.

Several Premier League clubs are known to be monitoring the Norwegian international's recovery with Liverpool, Arsenal and Aston Villa all reported to be considering a summer move for the 6ft 4in midfielder.

Berge is back training on grass this week at United's Shirecliffe training centre - and is targeting Arsenal's visit to Bramall Lane on April 11, or the Blades' trip to Wolves on April 17.

He trained with the Norwegian national team in Marbella last week following their 3-0 win over Gibraltar and returned to Sheffield on Sunday as United look to finish a forgettable season on a high.

The 23-year old underwent hamstring surgery back in January, but has recovered well and has stepped up his rehabilitation in the last fortnight. 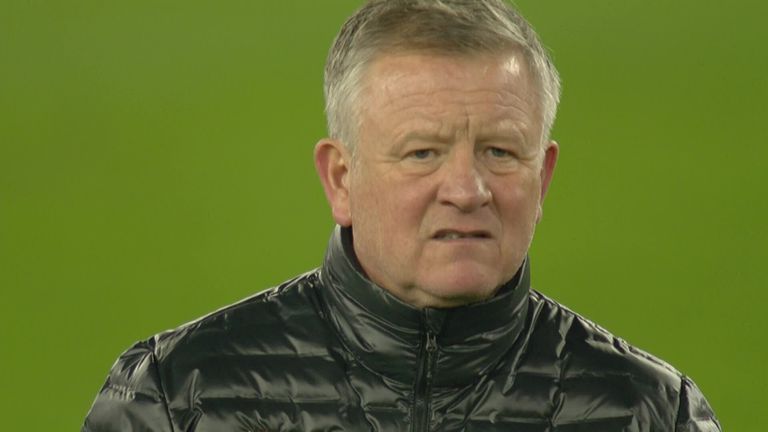 In an exclusive interview with Sky Sports News last week, club owner Prince Abdullah admitted it will be difficult to keep all their players if, as expected, they are relegated to the Championship.

Berge joined United in January 2020 from Genk for £22m on a four-and-a-half-year deal and performed impressively despite United's dismal form.

United have missed Berge's towering presence, losing 16 of 21 matches since he tore a hamstring against Manchester United in December.