Valencia have issued a statement saying "Juan Cala, we don't believe you" after the Cadiz player denied allegations he racially abused Mouctar Diakhaby.

Sunday's La Liga fixture was temporarily halted after a first-half confrontation and verbal exchange between Diakhaby and Cala prompted the visiting team to walk off the pitch before later returning to complete the game.

Valencia posted a video on Twitter on Tuesday in which Diakhaby alleged Cala used "intolerable" words in the exchange, but in a press conference on the same day Cala denied the allegation, saying he had not racially abused Diakhaby and had only said "leave me in peace".

"Everything Diakhaby said is false," Cala said. "I'm being accused of being something I'm not."

Valencia released a response on their website following the press conference, in which they said: "Cala has missed a great opportunity to accept his mistake and apologise to the player affected. Instead of doing this, he attacked both Diakhaby and other members of Valencia CF.

"Valencia CF wish to reiterate that we believe our player and back him completely." 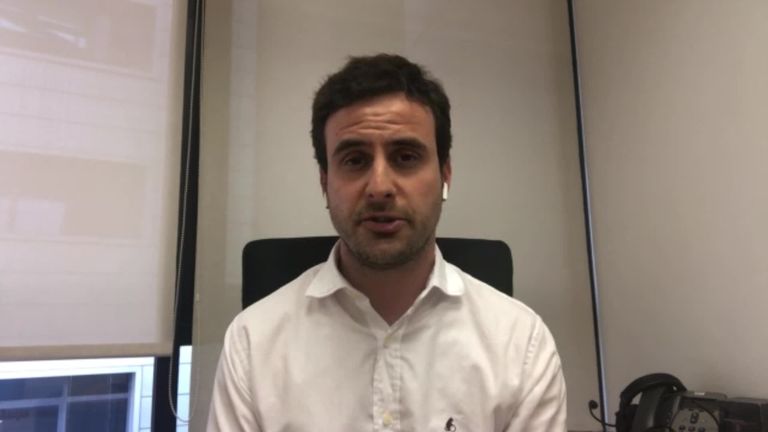 Valencia previously posted a video on Monday in which club president Anil Murthy said: "Mouctar Diakhaby was the recipient of an extremely serious racial insult by Juan Cala. Although Cala may deny it, we are all able to recognise a look of guilt, and we believe Mouctar completely."

Cala said in Tuesday's press conference: "I'll take legal action against anyone who has defamed me."

"After seeing the embarrassing video of the Valencia president with his player, I just hope that the president takes legal action against me because that's what I'm going to do (to him)," Cala added. "You can't accuse people like that without proof.

"I have the club's support and Cadiz will take action against anyone who has besmirched the club's honour."

Valencia's statement continued: "After the threats made by Cala in his press conference this Tuesday, April 6th, the club, president Anil Murthy and Mouctar Diakhaby himself remain firm in the conviction to fight to the end, wherever necessary, on the matter for the good of football and society.

"Valencia CF will not stop fighting for an improvement in protocol and in the battle against racism in football."

In the video in which he revealed what was allegedly said to him on the pitch, Diakhaby claimed a Cadiz player approached one of his Valencia team-mates to ask if they would return to the pitch if Cala apologised to Diakhaby.

"In Cadiz, on Sunday, there was a passage of play where a player insulted me, and the words were 's***** black man'. The player said this to me, and it is intolerable," Diakhaby said.

"I couldn't take this and, well, you all saw my reaction. This can't happen in normal life, and football above all as it's a sport based on respect.

"After this, me and my team-mates decided to go back to the changing rooms, which was a good decision. Afterwards, one of their players approached one of ours and asked us if we would return to the pitch if Cala apologised."

In response to that allegation, Cala said: "No Cadiz player said I had to apologise.

"There are no fans, but there are lots of cameras and microphones. There were players around me and nobody heard anything. Nobody said that they heard that."

How the Cadiz-Valencia incident unfolded

The incident occurred just before the half-hour mark after Diakhaby collided with Cala as Cadiz launched a free-kick into the Valencia box.

The French defender was visibly angry and after an exchange in which he had to be held back by team-mate Kevin Gameiro and Cadiz's Fali, he was shown a yellow card for unsportsmanlike conduct.

After speaking to the referee further to explain the reason for his outburst, the player walked off the pitch and down the tunnel alongside his team-mates with the game poised at 1-1.

The match then resumed 24 minutes later following discussions among the Valencia players, with captain Jose Gaya revealing Diakhaby had asked the team to continue without him.

Diakhaby was replaced by Guillamon, while Cala remained in the Cadiz line-up upon the restart until being substituted at half-time. Cadiz went on to win the match 2-1 at the Carranza Stadium.

A tweet from Valencia after the match stated they offer their complete backing to their player.

It said: "The player, who had received a racial insult, requested that his teammates return to the pitch. WE SUPPORT YOU MOUCTAR. NO TO RACISM."

After the game, Gaya said: "Diakhaby mentioned to us there were some insults from the opposition, and we are not going to accept that."