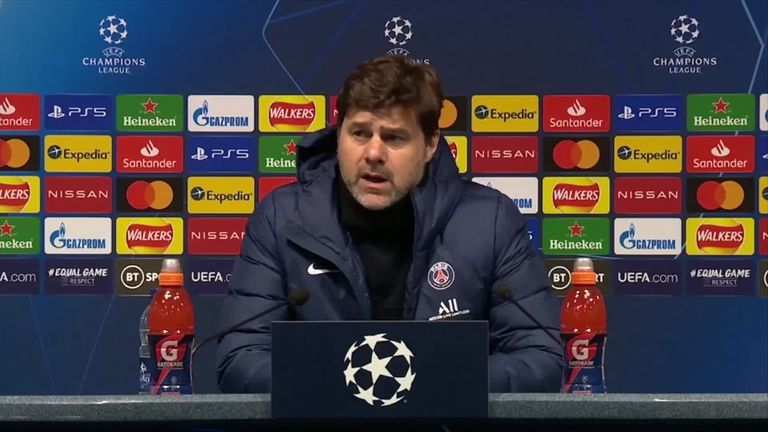 Verratti claimed he was sworn at by Kuipers, while Herrera alleged he heard team-mate Leandro Paredes being verbally abused by the Dutch official at the Etihad Stadium on Tuesday.

Kuipers sent off Angel Di Maria in the 69th minute for an off-the-ball stamp on City midfielder Fernandinho as the Premier League leaders sealed a 2-0 win on the night to progress to the final 4-1 on aggregate.

UEFA has told Sky Sports News it is waiting for the match delegate's report before deciding whether to look further into the allegations.

Speaking to Sky in Italy, Verratti said: "I think the best thing to do is to take a good look at each other, we were in the race until Di Maria was sent off. At that point we needed a miracle.

"The only thing I don't like is when the referee tells you to "f*** off", we always try to be respectful, but he did that three or four times during the game.

"He started giving yellow cards here and there and we became a little nervous. It's not his fault. Manchester City deserve to qualify, they have great players. We could have done more in the first leg."

Herrera told French media outlet RMC Sport: "We talk about respect towards referees. If we say that, we get a three or four-match ban."

PSG head coach Mauricio Pochettino has suggested there should be an investigation into the claims by governing body UEFA.

"Verratti explained to the TV in an interview," Pochettino said in his post-match news conference. "We need to believe in what they are telling us.

"I didn't hear nothing from the touchline. If something is there and it is how they explain, maybe UEFA will investigate the situation.

"That is not an excuse. The most important is that we're not in the final, that is why we feel really sad." 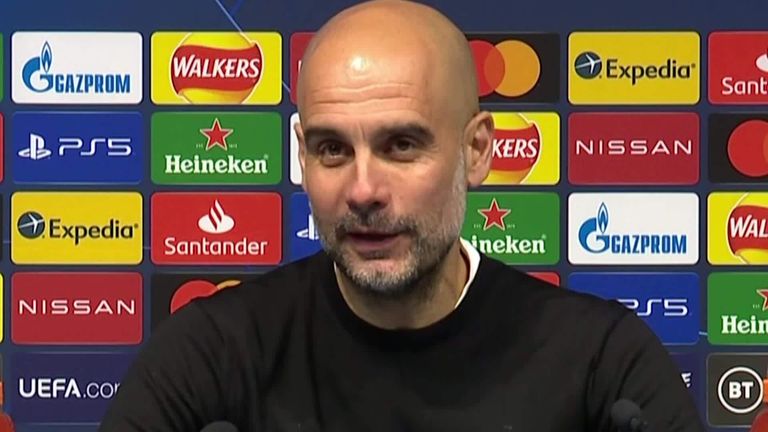 Riyad Mahrez scored goals in each half as the Premier League leaders beat French champions PSG 2-0 at the Etihad Stadium to complete a 4-1 aggregate success in their second Champions League semi-final.

It means Guardiola, who reaches the Champions League final for the first time since he won the competition with Barcelona in 2011, will now lead his side against either Chelsea or Real Madrid in the final in Istanbul on Saturday, May 29 as City bid to claim the major title missing from their trophy cabinet. 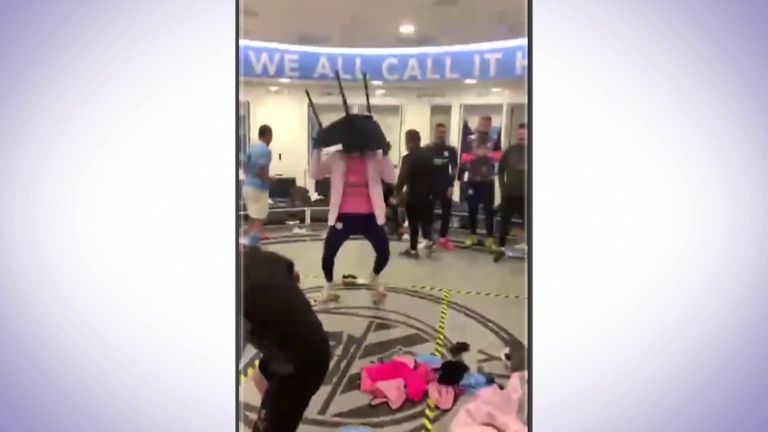 Manchester City's players and staff enjoyed some wild celebrations in the dressing room after reaching their first ever Champions League final. Pictures: @zacksteffen_

Before that, they have domestic matters to attend to and could add the Premier League title to the Carabao Cup they won last month with victory against Chelsea at the Etihad Stadium on Saturday, live on Sky Sports (kick-off 5.30pm), as they bid to complete a treble.

And speaking in his post-match press conference, Guardiola was full of praise for the achievements of his players in what has been an extremely tough season.

"We beat a team that knocked out Barcelona and Bayern Munich," he said.

"We struggled early on but were much better in the second half. It was an incredible, huge victory for us.

"What the players have done this season is incredible in the toughest year for everyone. Being so close to winning the Premier League and in the final of the Champions League is so good."

"Even on the one occasion Ruben Dias went to ground a little early, it did not matter. John Stones and Oleksandr Zinchenko were there to back him up, hurling their bodies in the way of Neymar's shot then embracing as if they were celebrating a goal.

"It was a moment to sum up Manchester City's performance on the night they finally claimed their place in a Champions League final. Bravery. Steeliness. Defiance. It was all there as Pep Guardiola's side put themselves on the brink of history.

"So too was the attacking brilliance, of course. The two goals, both converted by Riyad Mahrez, were superbly constructed and ruthlessly dispatched. A 4-1 aggregate scoreline against a side that reached last season's final and knocked out Bayern Munich and Barcelona this year shows the extent of City's threat.

"But what makes this iteration of Guardiola's City so special is that they can do it all. The combination of attacking excellence and defensive resolve has taken them to the brink of Premier League glory and it could now land them the prize they covet most."