All you need to know as Belgium take on Denmark, Russia and Finland in Euro 2020 Group B; Wide-ranging guide including fixtures, squads, and players to watch

A comprehensive look at Euro 2020 Group B with Belgium, Denmark, Russia and Finland looking to book their place in the knockout stages of the tournament.

Qualification was plain sailing for Belgium, with 40 goals and just three conceded helping them record 10 wins from 10. Russia were brushed aside in that group and opponents will know how Martinez will formulate his side. His 3-4-3 system is tried and tested, with the only lingering issues the fitness of Kevin de Bruyne (fractured eye socket) and form of Eden Hazard.

Martinez wasn't out of work for long, replacing Marc Wilmots as Belgium head coach after Euro 2016. Under his tutelage, the Red Devils finished third at Russia 2018 and have risen to top spot in the FIFA world rankings. Among the tournament favourites. 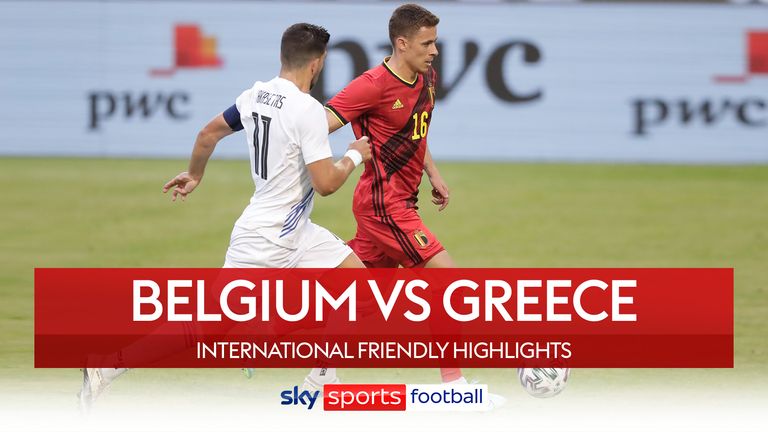 Highlights of the international friendly between Belgium and Greece

Romelu Lukaku - Is this the year for Belgium's golden generation? A plethora of star-studded names fill Martinez's squad, but with Eden Hazard having struggled for form and fitness at Real Madrid, it is likely to fall on Lukaku to hit the ground running in the group opener against Russia.

Kevin de Bruyne is facing a race against the clock to be passed fit after he fractured his eye socket and nose in the Champions League final. With the fixture made harder by it taking place in St Petersburg, Belgium will require a clear vision, and Lukaku has shown at Inter Milan and throughout his career that he is capable of winning games on his own.

Denmark arrive full of confidence after winning all three of their opening 2022 World Cup qualifiers, scoring 14 and conceding none in the process, but their opponents in Group B are at a higher level than Israel, Moldova and Austria.

Kasper Schmeichel has a strong defence marshalled by Andreas Christensen in front of him, while Thomas Delaney and Pierre-Emile Hojbjerg form a solid midfield partnership. The Danes won at Wembley in October, inflicting a third home defeat on England in their past 50 competitive internationals on home soil, so they will fancy their chances.

Kasper Hjulmand - Enjoyed success with his native Nordsjaelland, securing the club's first Danish championship in 2012. Would go on to succeed Thomas Tuchel at Mainz in May 2014 but was sacked the following February with the side languishing in the bottom half.

Returned to Nordsjaelland for three-and-a-half seasons before it was announced he would replace Age Hareide as manager of the Denmark national team after Euro 2020. The postponement last summer due to the Covid-19 pandemic means he has the chance to lead the team into the tournament himself. 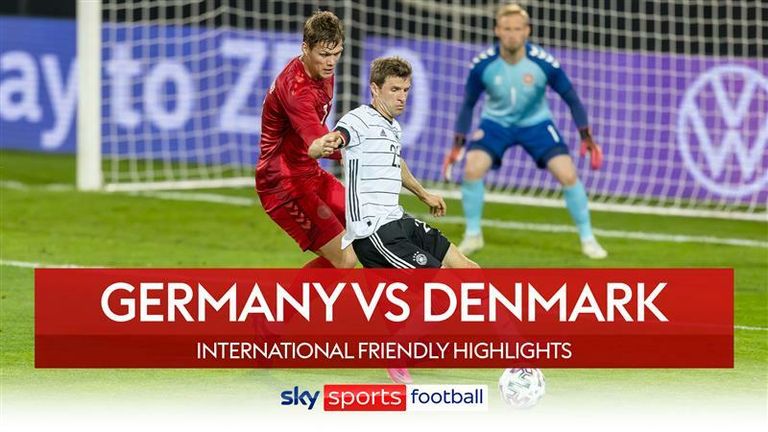 Highlights of the international friendly between Germany and Denmark

Christian Eriksen - Key to Denmark's success in 1992 was their team ethic, and that will form the blueprint to further success this time around. What will certainly help is that all three of their group games are in Copenhagen and on paper this would appear a straight battle with Russia for second spot.

It will be match round three by the time the two nations meet, so a clear picture of what is required will be known come June 21. Hjulmand has a strong spine, but he will rely on Eriksen for artistry in the No 10 position. The Inter Milan playmaker seems to reserve his best performances for his national team, scoring 36 goals in 106 appearances.

Russia have rebuilt their squad since reaching the last eight in hosting the 2018 World Cup. Goalkeeper Igor Akinfeev and veteran centre-back Sergei Ignashevich are two of those who have retired, but Cherchesov is still seeking suitable replacements to help forge a new generation.

The 34-year-old Anton Shunin looks set to start in goal but the inexperience of Igor Diveyev and Roman Yevgenyev in front of him makes progressing to the knockout stages a tall order.

Stanislav Cherchesov - Russia began the 2018 World Cup as the lowest ranked side in the tournament but Cherchesov guided them to the quarter-finals on their own patch, losing to eventual finalists Croatia after a narrow 4-3 penalty shootout defeat.

It led to him extending his contract before being nominated for The Best FIFA Men's Coach Award 2018. Guided Russia to a runner-up spot to Belgium in qualifying and will face them again in the finals.

Artem Dzyuba - The tall Zenit St Petersburg striker started all 10 of Russia's qualifiers and he is the team's focal point, receiving on average a chance every 17 minutes in booking their spot in the finals.

Given the side have kept just two clean sheets and conceded 18 goals in their 11 games since the start of 2020, Dzyuba must strike up a solid partnership with Aleksandr Golovin if they are to progress to the knockout stages.

Finland have come a long way since the abject Euro 2016 qualifying campaign in which they failed to win a single game. Following a year that saw them register two draws and nine losses, they appointed Kanerva - and five years later, they are preparing for their first international tournament. The Finns qualified by finishing second in their group with 18 points from 10 games, some distance off winners Italy.

Markku Kanerva - The former school teacher had represented Finland as a centre-back but had almost no coaching experience at club level.

The 57-year-old has been in charge of the Finnish national team since December 2016 and has guided his countrymen to their first appearance at a major international tournament.

Kanerva, who spent the majority of his playing days in his homeland and also won 59 caps for Finland, previously led the Under-21s and served as assistant to Mixu Paatelainen.

Teemu Pukki - Finland will hope for some household names to emerge by emulating Iceland with a seismic result or two this summer, but in terms of individual quality, Pukki is the standout player in Kanerva's squad. The Norwich striker scored ten of the team's 16 goals in qualifying.

The 31-year-old is expected to shake off an ankle knock and is aware of the pressure on his shoulders to deliver.