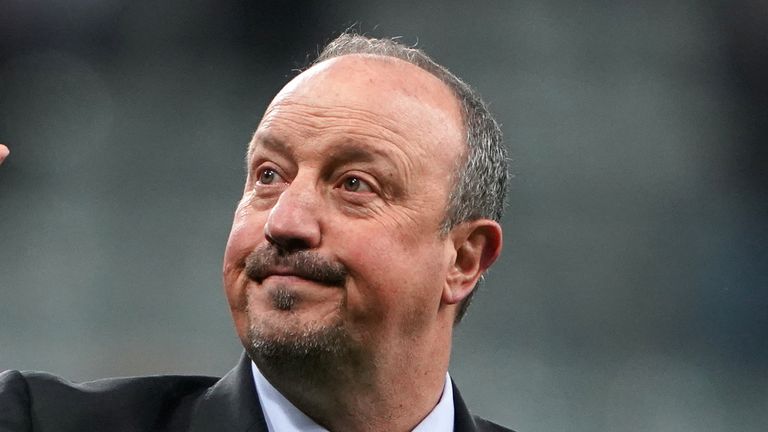 Rafa Benitez is close to taking over as Everton manager following positive talks with the club's board.

Sky Sports News has learned the Spaniard, who has been out of work since leaving Chinese side Dalian Yifang in January, was the No 1 choice of the Everton hierarchy last night.

The former Liverpool and Chelsea manager is close to return to the Premier League two years after he left Newcastle United.

Everton had also been in talks with former Wolves boss Nuno Espirito Santo over becoming Carlo Ancelotti's successor while David Moyes was also understood to be a frontrunner before he signed a new contract with West Ham.

Ancelotti left his role as manager to return to Real Madrid earlier this month after 18 months at Goodison Park. He guided the Toffees to a 10th-placed finish in the Premier League this season.

Benitez managed Everton's rivals Liverpool from 2004 to 2010 and lifted the Champions League, FA Cup and the UEFA Super Cup during his time at Anfield.

He joined Chelsea on an interim basis in 2012 and went on to win the Europa League and guide the Blues to a third-placed finish in the Premier League that season.

After stints at Real Madrid and Napoli, Bentiez moved to Newcastle in 2016 and oversaw their relegation from the top flight. He then steered Newcastle to a return to the Premier League in 2016/17 as they were promoted as Championship champions.

Over the next two seasons, the club achieved 10th and 13th-placed finishes in the top flight under Benitez before he left St James' Park in 2019.