Mason Mount could start despite being forced to train alone and socially distanced since coming into contact with Chelsea team-mate Billy Gilmour, who tested positive for Covid-19 after the Scotland game; England play Germany on Tuesday evening at 5pm

Gareth Southgate is considering recalling Phil Foden for England's Euro 2020 last-16 tie against Germany on Tuesday - and there is a real possibility that Mason Mount could return to the starting line-up.

Foden was left out of the matchday 23 for the final group game against Czech Republic, but the England manager has said that was a precautionary measure.

"He's on a yellow card and given that we look like we're missing two players already for the next round, I don't want to take a risk on a third," Southgate said before the game.

It looks increasingly likely that Foden will now win the battle with Marcus Rashford and Jason Sancho, and start for England alongside Harry Kane and Raheem Sterling in the last-16 tie.

However, Southgate's view on the 'missing two' of Ben Chilwell and Mount seems to be changing.

Chilwell and Mount have been forced to train alone and socially distanced, ever since they came into contact with Chelsea team-mate Billy Gilmour, who tested positive for Covid-19 after the Scotland game. 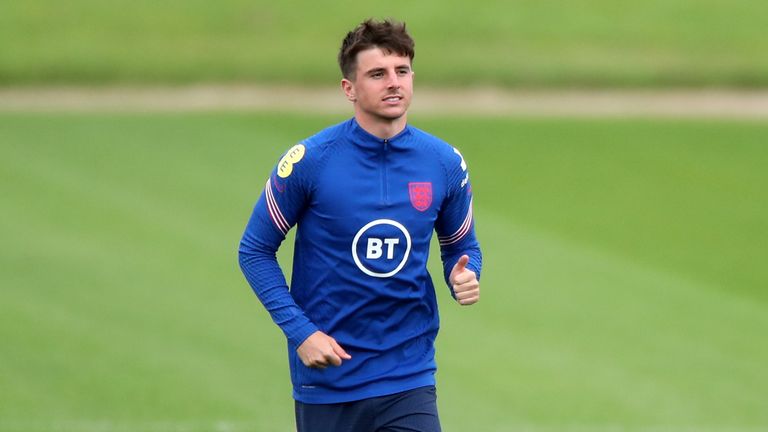 Mason Mount is in contention to start for England against Germany on Tuesday, despite training alone under isolation rules, Jessica Creighton reports

It was assumed that - because neither England player would be out of quarantine until the morning of the game - neither could realistically be considered for selection.

But it now seems that Southgate is seriously considering including Mount in England's starting XI at Wembley, even though he will not have trained with the rest of the squad for more than a week.

Southgate will leave that decision until the last minute. It would be a big risk, considering that Mount was not able to take part in England's final tactical training session on Monday morning. 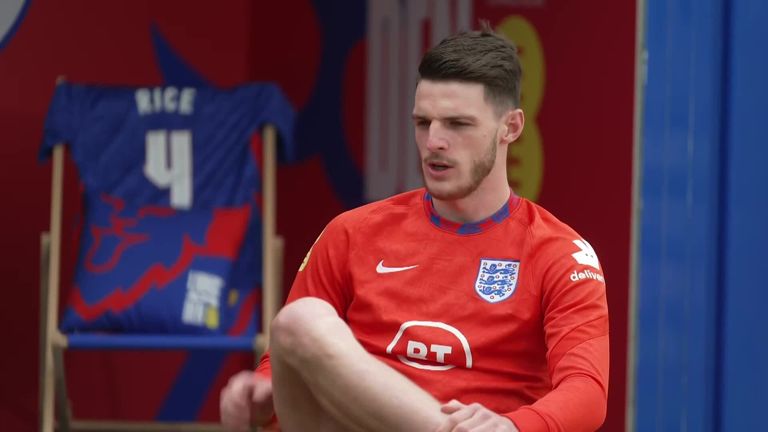 But the fact that England have taken special measures to include Mount and Chilwell in tactical team meetings via remote video link shows that Mount is still very much in Southgate's thoughts.

All 26 England players have passed mandatory UEFA PCR testing ahead of the Germany game, with Mount and Chilwell having only ever tested negative whilst in isolation.

The pair will not travel to London with the rest of the England team, who leave from St George's Park on Monday afternoon.

'The game of our lives' - Neville's England vs Germany preview

Gary Neville has urged England's players to seize their once-in-a-lifetime opportunity against Germany at Euro 2020.

The Sky Sports pundit suffered a painful Wembley Euros defeat to Germany himself in 1996 and says the current generation must do everything they can to capitalise on the advantages of playing such a huge game on their home turf.

Up to 45,000 fans will be in Wembley on Tuesday night for the last-16 and while that is some way short of the stadium's capacity, Neville believes the occasion, which he describes as a "major national moment", can inspire Gareth Southgate's players to what would be an historic win.

"I was a young player at Euro 96, just 21 years of age, and you feel like those moments are going to return," he told the Sky Sports Football Euros Podcast.

"What I'd say to these lads on Tuesday is this moment isn't coming back. This is it. Don't think of this moment ever coming back: playing Germany in a home tournament, in your own stadium, in front of 45,000 fans. You wish it was 80,000, like we had in Euro 96 but it will be enough, it will be a special moment.

"What an opportunity exists if we beat Germany on Tuesday. They'll know that.

"This tournament now you have a great chance.

"It's so special to play Germany at Wembley, it really is. It's a major national moment for this country. That's how it was in Euro 96, a major moment that is remembered forever.

"The lads on Tuesday will not have another moment like this in their international careers because it's unlikely we're going to get a tournament [held in England] in the next five or 10 years.

"For the likes of Harry Kane and Raheem Sterling this is it. There isn't a second chance.