Thomas Tuchel on Chelsea's Premier League title hopes: "To be totally honest, I see us as the number four, that cannot be the favourite in the next year. They have to close the gap to three, two and one" 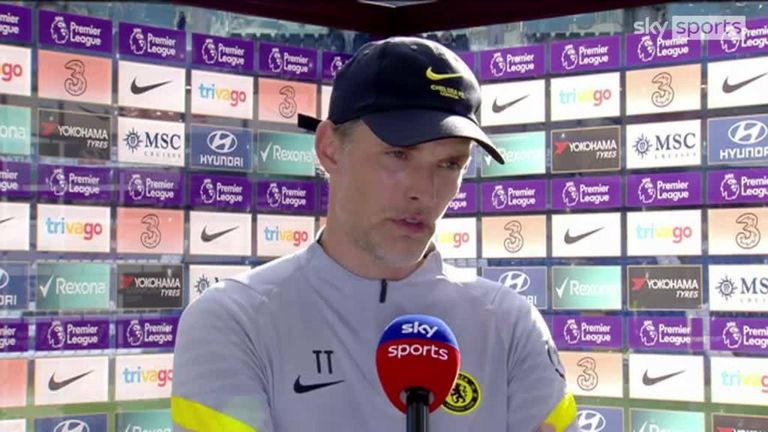 Thomas Tuchel said he sees Chelsea as 'fourth favourites' for the Premier League title, despite their Champions League triumph and opening-day thumping of Crystal Palace.

Tuchel has won 20 of his 32 games as Blues boss since taking over from Frank Lampard in January, leading his new side to European glory in May and to fourth place in last season's Premier League.

But even with the mega-money addition of Romelu Lukaku to their ranks for the new campaign, the boss denied the Blues were in the title race this season - and insisted they were fourth favourites to lift the Premier League trophy next May.

"To be totally honest, I see us as the number four, that cannot be the favourite in the next year," he said. "They have to close the gap to three, two and one. We said during the campaign in the last half-year we set the bar high and look to close gaps during 90 minutes, and that's what we'll try to continue.

"This is the Premier League, a tough competition. It's on us, we are in this role and in the role of the hunters, we have to close the gap to Liverpool, Manchester City and Manchester United.

"We have to do that week in, week out, so this was a very good first step, but that's the reality and we are not shy to say this out loud that we try to be the best in any competition we play, but the reality is we come from fourth place and have three teams to close the gap to.

"We played in the Champions League and won it, but we played that as underdogs, it's a different competition, it's a tournament, we played it at a super-high level and reached constantly the highest level when necessary so had a feeling we deserved to win.

"But this is one competition, and the reality is we were fourth last season and needed help from Tottenham on the last game to get that. It doesn't help if we translate the win of the Champions League into the status of becoming favourite in the Premier League. This is the toughest league in the world to win, and now it's on us to keep calm and work hard to reach the highest level on a permanent basis."

'We were well aware of attacking issues'

Chelsea scored only 25 goals in Tuchel's 19 league games in charge last season, including a 4-1 thumping of Palace at Selhurst Park in April, and instead it was the Blues' defensive qualities that were the catalyst for their strong end to the campaign under the German.

The addition of Lukaku, who scored 47 goals across two seasons at Inter Milan before joining the Blues, looks set to improve that problem, which had not been lost on Tuchel.

He said: "We are well aware of the situation, the problem, it was hard for us to convert all the chances we created. We had in our opinion a lot of chances in the box, which should be enough to score more.

"We tried to help with the addition of Romelu to our squad, and in the Premier League it will stay super hard to score, so we are very happy we were able to have three goals today. We did it without a penalty from Jorginho which is quite impressive too." 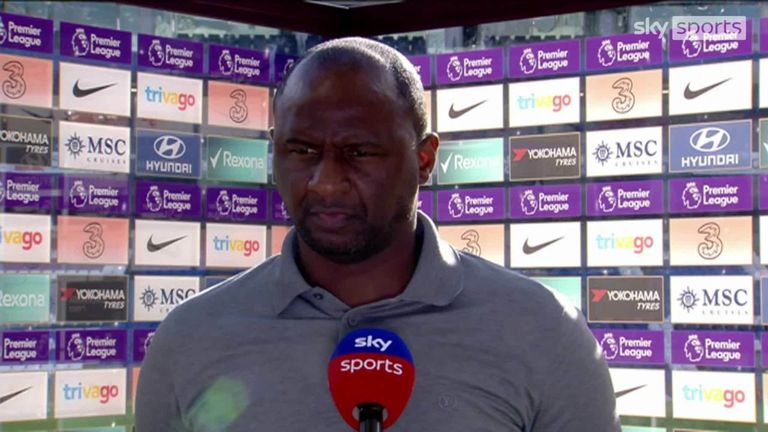 Crystal Palace named four youngsters who had yet to make their debuts among their nine substitutes, and gave 18-year-old Jesurun Rak-Sakyi his first appearance for the club as a second-half substitute.

New manager Patrick Vieira, whose side have made only three senior signings this summer, pleaded for more arrivals after full-time given the Eagles' lack of strength in reserve.

"When you look at the bench we had today, I think the young players did really well in pre-season, but are not ready for that level," he said.

"It's just showing we need to work, and work hard, to bring in a couple of players. We are a little bit short on numbers, and the young players we had on the bench, are not ready to play at this level yet."