Steve Clarke: Scotland boss signs extension which runs until the end of Euro 2024

Clarke's deal had been due to expire after the current World Cup cycle; Clarke: "I am proud to extend my stay and I look forward to working with my staff and players as we look to continue improving."; Chris Woods and Austin MacPhee join the coaching staff 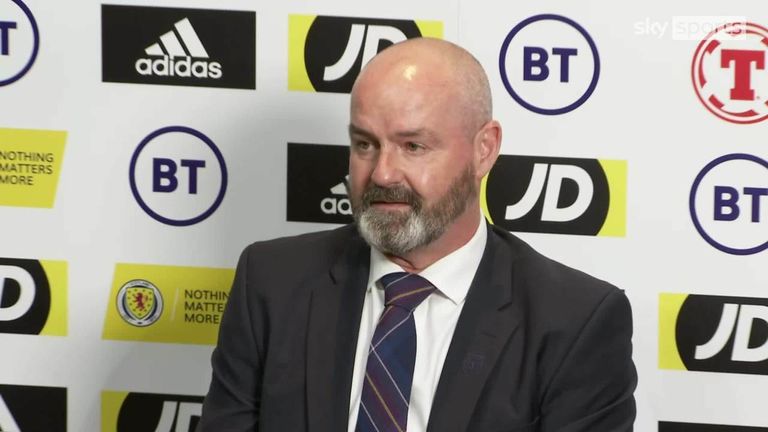 Scotland head coach Steve Clarke has agreed a contract extension which runs until the end of Euro 2024.

The 57-year-old's initial contract was due to expire at the end of the current World Cup cycle.

He guided Scotland to the Euro 2020 finals - their first appearance at a major tournament since 1998 - and they drew 0-0 with England at Wembley, but failed to progress due to group stages losses to the Czech Republic and Croatia.

Clarke told the Scottish Football Association website: "Firstly, I am proud to extend my stay as Scotland head coach and I look forward to working with my staff and players as we look to continue improving as a team.

"Being involved in Euro 2020 has given us all an added determination to return to a major tournament again as quickly as possible.

"I said in the dressing room after the Croatia game that we all had to learn lessons from playing at the Euros and to come back stronger.

"I am committed to helping us return to a major tournament as quickly as possible and improving on what we have achieved until now.

"The players and my staff share that determination and the hard work resumes next month."

Scotland are now targeting a place at the 2022 World Cup in Qatar and Clarke has named his squad for upcoming qualifiers against Denmark, Moldova and Austria.

Clarke has had to reshuffle his backroom staff after assistant Steven Reid and goalkeeping coach Stevie Woods stepped down because of club and family commitments.

"He is a specialist coach and his approach to coaching on the field and use of data off it will be an asset to the existing backroom staff."