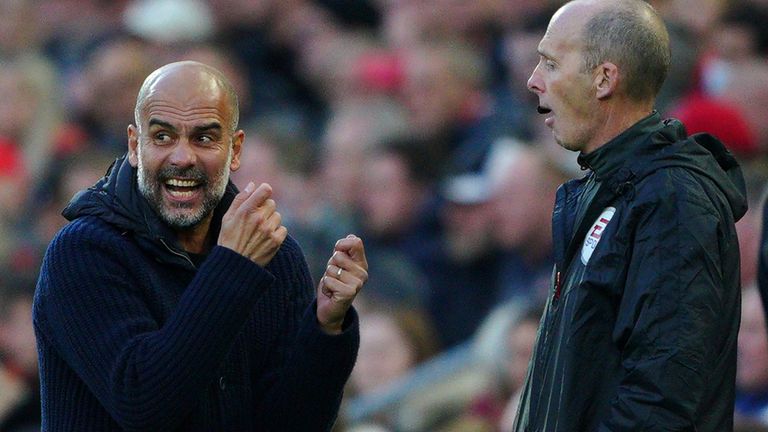 Pep Guardiola made his feelings quite clear after James Milner escaped a red card following this challenge on Bernardo Silva.

Pep Guardiola has insisted James Milner should have been sent off during Liverpool's 2-2 draw with Man City, while Micah Richards has branded the decision of referee Paul Tierney not to dismiss Milner as "ridiculous" and a "shocker".

Milner, who had already been booked despite Tierney adjudging that the stand-in Liverpool right-back had not fouled Phil Foden for a first-half penalty, avoided a second yellow card despite a clear foul on Bernardo Silva midway through the second half.

Minutes later, Milner was heavily involved in Liverpool's second goal before being substituted.

City boss Guardiola remonstrated angrily on the touchline at Tierney's refusal to caution Milner for a second time and told Sky Sports afterwards: "It's a yellow card. It's clear. It's Anfield, it's Old Trafford. In our situation a City player is sent off. It's too much clear. It was a second yellow." 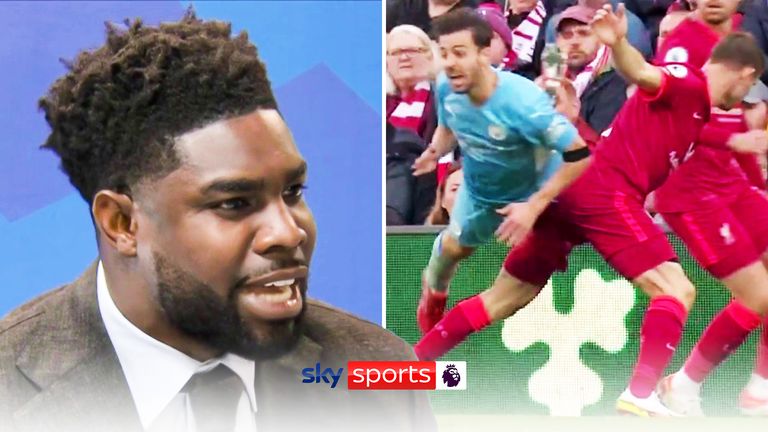 Micah Richards was baffled at how James Milner avoided a second yellow card after a clumsy challenge on Bernado Silva in the second half of Liverpool's 2-2 draw with Man City.

Richards was even more scathing, telling Sky Sports: "The referee has had an absolute shocker. I don't understand how that is allowed to happen. How can he not give that decision? It's absolutely baffling. He was influenced by the crowd. We have to tell the truth. It's a yellow card and it changes the outcome of the game."