Report as Fashion Sakala nets a hat-trick as Rangers beat 10-man Motherwell 6-1 at Fir Park; Bevis Mugabi had given the hosts an early lead before Stephen O'Donnell saw red; James Tavernier, Glen Kamara and sub Kemar Roofe were also on target for the visitors, who move four points clear 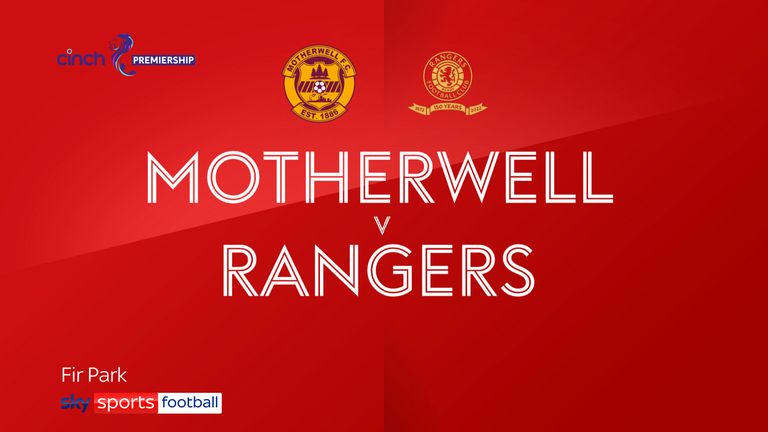 Fashion Sakala's brilliant hat-trick helped Rangers come from behind to thrash 10-man Motherwell 6-1 to move four points clear at the top of the Scottish Premiership.

Bevis Mugabi's impressive finish had given Motherwell a 13th-minute lead, only for the champions to hit back in style to go ahead after two quick-fire goals just before half-time. 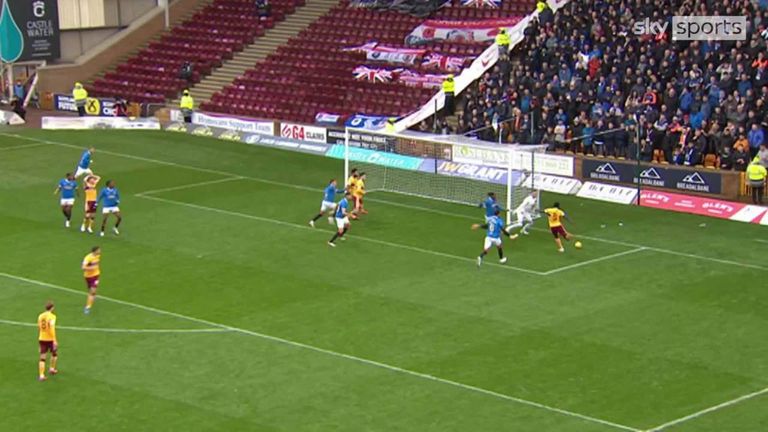 James Tavernier's wonderful volley on the captain's 30th birthday, followed by Saka's close-range header turned the game on its head, before the latter's deflected drive extended their lead just past the hour-mark.

And when Motherwell skipper Stephen O'Donnell picked up a second yellow minutes later, the match was over, with Rangers taking full advantage as Glen Kamara's low shot made it 4-1. 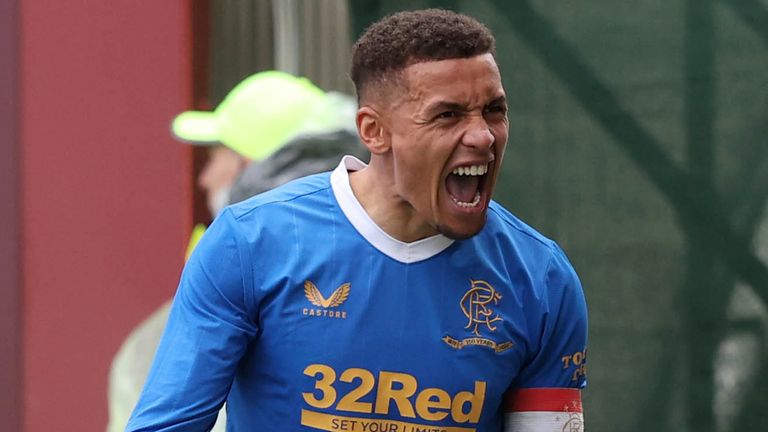 There were further late goals from the recalled Sakala to complete his hat-trick and substitute Kemar Roofe in stoppage time as Steven Gerrard' side opened up a four-point advantage over rivals Celtic in second, while the hosts stay seventh in the table.

Man of the match: Fashion Sakala

With city-rivals Celtic dropping points on Saturday, Rangers knew a win would see them open up a four-point lead at the top of the table and after a sticky start at Fir Park, that is exactly what the champions did. 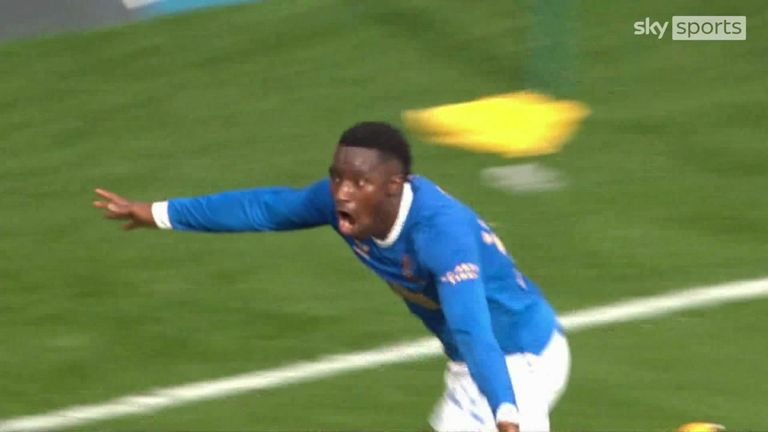 As is often their way of late, Rangers fell behind early when Sondre Solholm Johansen's powerful header from a left-wing corner was only half kept out by the returning Allan McGregor, with Mugabi somehow finding the net via the rebound from the tightest of angles on the byline.

Motherwell made three alterations from the team that drew 2-2 at home with St Mirren on Wednesday, with the likes of Bevis Mugabi, Mark O'Hara and Jordan Roberts coming in for Juhani Ojala, Liam Grimshaw and Kaiyne Woolery.

Rangers manager Steven Gerrard made four changes to the team that were held 2-2 late on at home to Aberdeen in midweek, with Allan McGregor, Scott Arfield, Steven Davis and Fashion Jr all recalled to the side in place of Jon McLaughlin, John Lundstram, Kemar Roofe and Ianis Hagi.

That goal woke Rangers from their lethargic start, although it took the visitors until two minutes from half-time to level as left-back Calvin Bassey picked out his fellow full-back, with Tavernier doing the rest with a sweetly timed volley into the bottom corner. 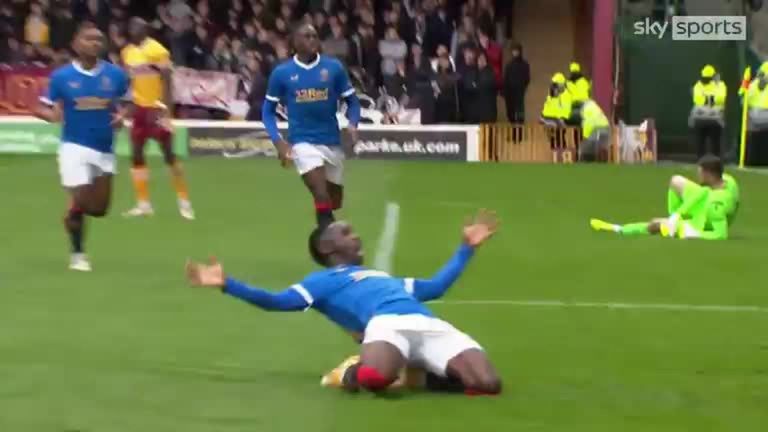 Fashion Sakala makes it 3-1 to Rangers, grabbing his second goal of the game against Motherwell

Three minutes later and Rangers were ahead, with Tavernier this time the provider as the right back's accurate centre was headed home by Sakala, who made it 3-1 when his low drive was deflected past a helpless Liam Kelly by Sean Goss's outstretched foot.

If that was not quite game over, then O'Donnell chopping down Bassey midway through the second period to earn himself a second yellow certainly was as Rangers looked to improve their goal difference. 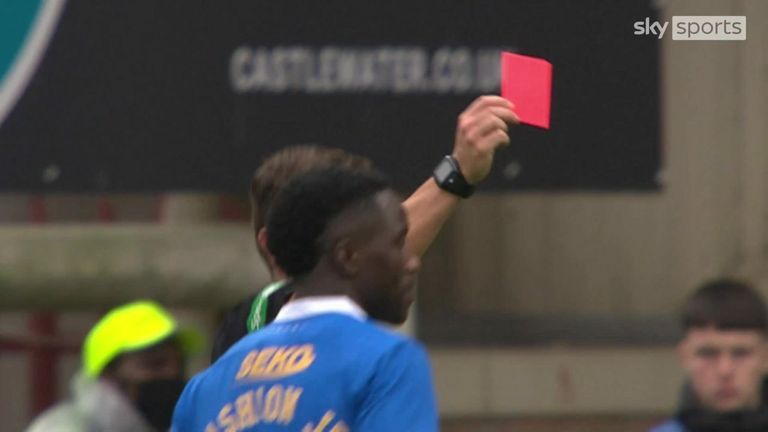 They did, with three more goals in the final quarter of an hour, starting with Kamara's long-range drive that would have been ruled out by an Video Assistant Referee with Sakala impeding Kelly, before the latter sealed his hat-trick with a neat finish four minutes from time. 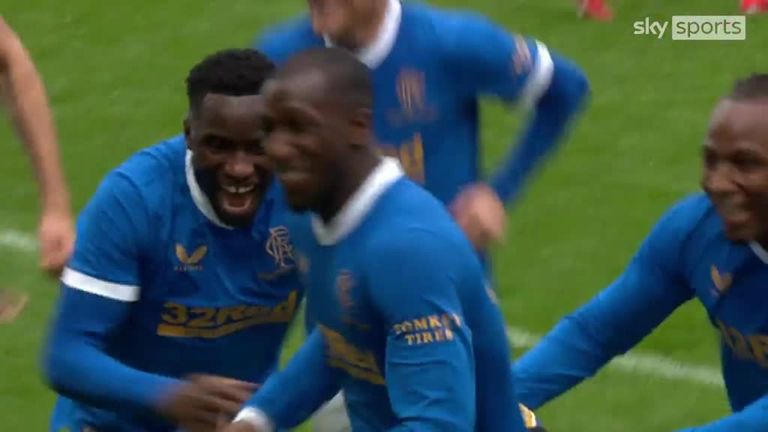 And Roofe's close-range strike in stoppage time completed the rout as Rangers gave themselves some breathing space at the top of the table. 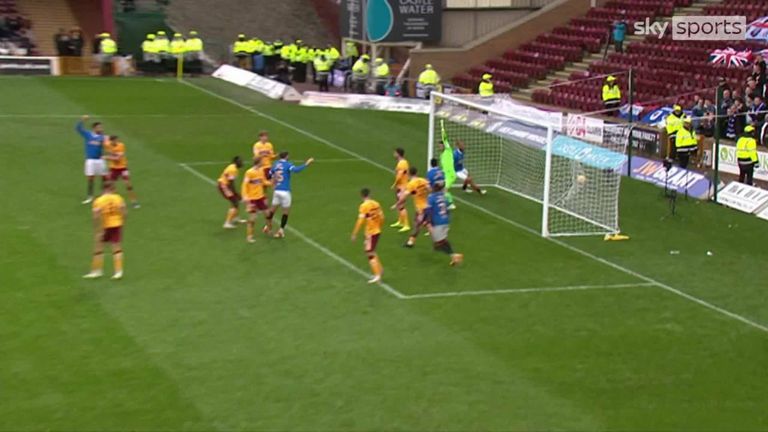 "I thought for 42 minutes our performance was excellent and the game went according to our plan. The two goals just before half time turned that on its head a little bit.

"The big moments are the two goals before half-time and then the red card, which took the game away from us." 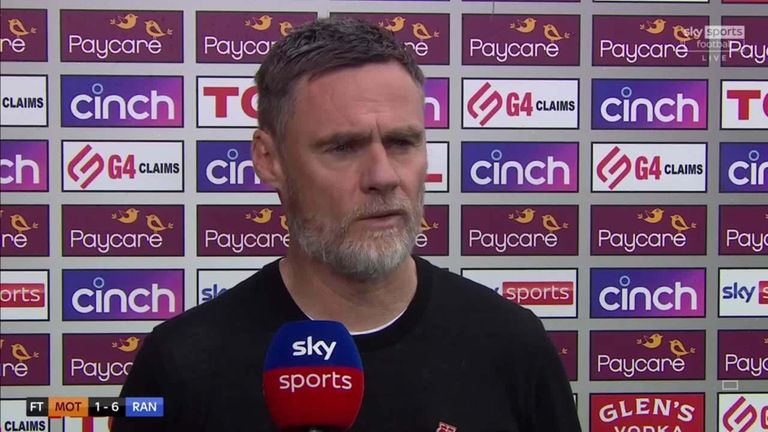 Alexander: We collapsed second half

"At times, we haven't been ourselves. There's always been an ingredient missing. But today is all about the players. They've gone out and performed ever so well.

"There is a saying in life - 'inch perfect'. I thought we were an inch away from being perfect today. All round we were superb.

"I think that's been coming. It's almost been in the post. We've been waiting for that performance for some time. I thought it was back to our identity and how we wanted it to look, for sure." 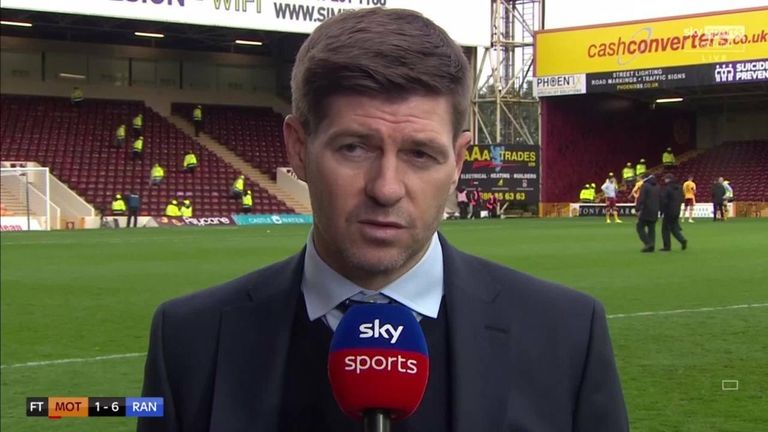 Kris Boyd told Sky Sports: "The negative of today is going behind, but after that they were outstanding and that was the performance we have seen for the majority of last season, the energy.

"Sakala came in today - not only his goals, but his energy, work rate, enthusiasm for the game, played with a smile on his face.

"Yes the goals will come, but it was his all-round work rate and enthusiasm to run in behind and ask questions of Motherwell's defensively.

"But I must say it shows us once again just how important Davis is to Rangers, I thought he controlled that game in the middle of the pitch and when he plays, Rangers are a totally different team."

Sakala provided the spark which Rangers have been missing

James McFadden told Sky Sports: "There was an innocence about him [Sakala], he was really bright, he wanted to take control, make those runs in behind.

"It is a guy who wants to come in and have an impact, he was on the left, on the right, through the middle, he was everywhere. It was a really brilliant performance from him.

"And you can see how much it means to him and it provided the spark which I think Rangers have been missing."

Man of the match - Fashion Sakala

Sakala's free signing from Oostende in the summer was already looking like a smart bit of business by the Scottish Premiership champions even before Sunday's clash at Fir Park, but it is now looking even shrewder after his impressive hat-trick against Motherwell.

The 24-year put his side ahead for the first time with a well-taken header, before adding two more after the break - his second owing much to a deflection, with his third a close-range finish.

And whisper it quietly, but the Zambia international forward is starting to now move ahead of Alfredo Morelos in Rangers' striking order…. 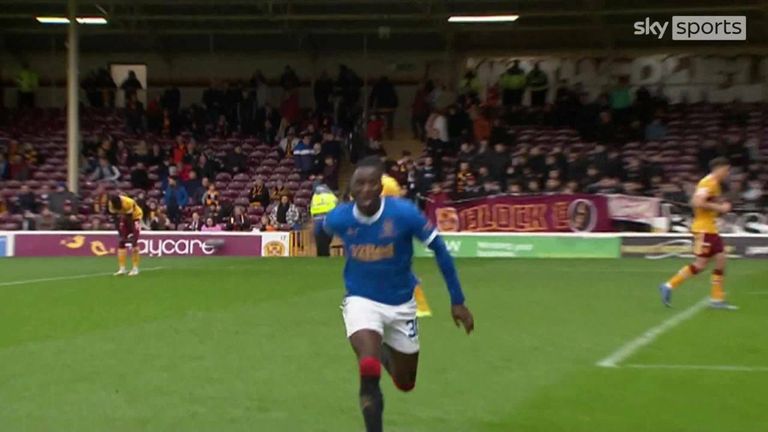 Motherwell travel to Aberdeen on Saturday in the Scottish Premiership; kick-off 3pm. Rangers are back in Europa League action on Thursday with a trip to Brondby; kick-off 5.45pm. They then take on Ross County at Ibrox on Sunday November 7; kick-off 3pm.