Everton suspend all commercial and sponsorship activities with Russian companies USM, Megafon and Yota; Toffees will remove signage of all three companies in £500,000 move

Everton have suspended all commercial and sponsorship activities with Russian companies USM, Megafon and Yota with immediate effect in the wake of the country's invasion of Ukraine.

The Premier League club will remove all signage and messaging relating to USM, owned by billionaire Alisher Usmanov, around the club and the training ground. Megafon sponsor the club's women's shirts, which will now be rebranded.

The Toffees matchday programme will also be reprinted without any reference to Russian-backed sponsorship. Sky Sports News understands the entire rebranding move will cost the club around £500,000.

A statement from Everton read: "Everyone at Everton remains shocked and saddened by the appalling events unfolding in Ukraine.

"This tragic situation must end as soon as possible, and any further loss of life must be avoided.

"The players, coaching staff and everyone working at Everton is providing full support to our player Vitalii Mykolenko and his family and will continue to do so."

Everton manager Frank Lampard addressed Usmanov's involvement in the club by revealing the Russian billionaire was not part of the process to hire him as head coach at the end of January.

Lampard defended the club's actions ever since Russia's invasion of Ukraine began last week - and highlighted Everton's tribute to Ukraine before Saturday's Premier League tie with Manchester City as a good example of the club's work.

"Those reports are inaccurate," said Lampard when asked if Usmanov played a role in his hiring. "My interview was with the board, with Mr (Farhad) Moshiri, the chairman (Bill Kenwright), Denise (Barrett-Baxendale) the CEO and others - but not Mr Usmanov. So that's not accurate in that sense.

"In terms of what it changes in the short-term, I think we can see from the outside how we reacted as a club on Saturday against Manchester City and the steps that we make.

"Those are not my decisions, that's the club from above me (showing) that we are doing the right thing as a club. And in the short-term I have had no doubt that we will react in the right way. 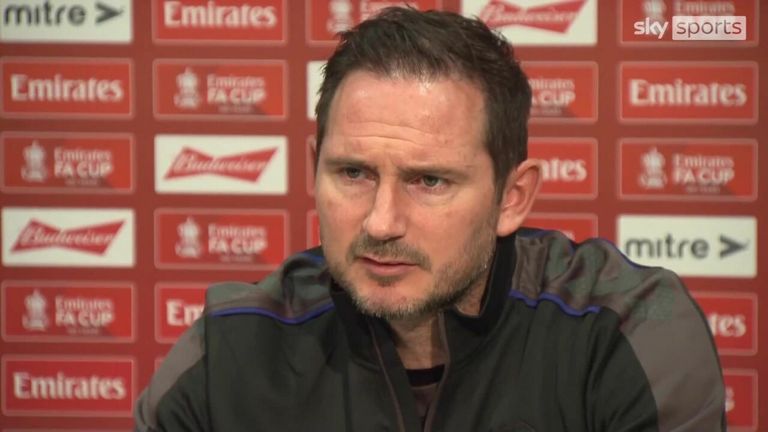 Everton manager Frank Lampard clamps down on rumors that Alisher Usmanov was not sat in on his interview to become manager of the club.

"Did it affect my training session this morning? No. Did it affect how we prepare for (Thursday's FA Cup tie with) Boreham Wood? No. And that's just where it's at."

The news comes after Labour MP Chris Bryant told the Toffees to end their involvement with Usmanov, who is not officially involved with Everton, but whose USM firm sponsored the club's training ground.

The 68-year-old on Monday had his assets frozen by the European Union in response to Russia's invasion of Ukraine.

Speaking in the House of Commons, Bryant said last week: "Alisher Usmanov has already been sanctioned by the EU but not yet by the UK. But I suspect he will be pretty soon on a UK list and Everton should certainly be cutting ties with him already."

Usmanov released a statement on Tuesday via the International Fencing Federation where he was president since 2008. The statement read: "On 28 February 2022, I became the target of restrictive measures imposed by the European Union. 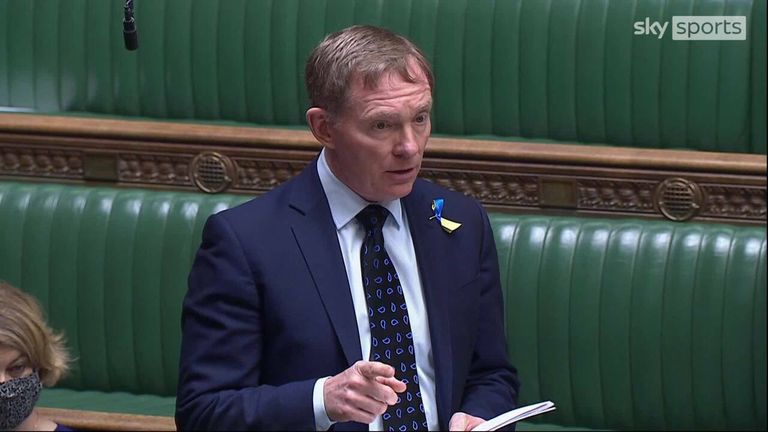 "I believe that such decision is unfair, and the reasons employed to justify the sanctions are a set of false and defamatory allegations damaging my honour, dignity, and business reputation.

"I will use all legal means to protect my honour and reputation. I hereby suspend the exercise of my duties as the President of the International Fencing Federation effective immediately until justice is restored."

'Everton chose not to wait' 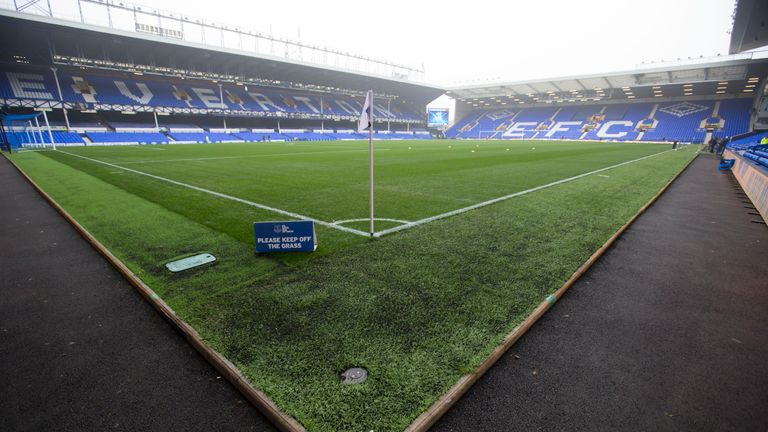 Everton football club have suspended all commercial deals with Russian companies USM, Megafon and Yota with immediate effect due to the country's invasion of Ukraine.

"The background to all this is Alisher Usmanov, who is the owner of all those companies, who has been sanctioned by the European Union and also by the United States.

"Usmanov is a long-time business partner of Farhad Moshiri, who owns Everton Football Club, and is also - according to the EU - a pro-Kremlin oligarch with particularly close ties with Vladimir Putin.

"Everton didn't wait until Usmanov was sanctioned by the UK Government to make this step of ending their sponsorship arrangement with these countries. They have done that themselves, today."

Mykolenko hits out at Russia players

Everton's Ukrainian defender Mykolenko, who the Toffees have pledged to continue supporting in their latest statement, hit out at Russia's players for their silence over the invasion of Ukraine in an expletive statement.

The defender, who joined Everton from Dynamo Kyiv in January, embraced his international colleague Oleksandr Zinchenko before Manchester City's clash with Everton on Saturday.

But while support from the football world for Ukraine has been widespread, Cherkasy-born Mykolenko is furious that has not extended to players from the Russia football team.

In a post full of expletives on Instagram in his native language, the 22-year-old called out Russia captain Artem Dzyuba and said the players would "never be forgiven" for their actions.

The post on his Instagram story said: "Whilst you b***h and your c**p footballers are silent, @artem.dzyuba, civilians are being killed in Ukraine. You and most importantly your children will be locked in your s***hole for your whole life. And I am sincerely happy for it. You will never be forgiven."

Mykolenko's post came the day after FIFA and UEFA suspended Russia from all competitions, just weeks before they were due to face Poland in a World Cup play-off semi-final.