The UK & Ireland had been expected to be the only bid for Euro 2028 but Turkey and Russia - despite a ban from FIFA and UEFA - also put their names forward. Turkey and Russia have also applied to host Euro 2032, along with Italy. A decision will be made in September 2023 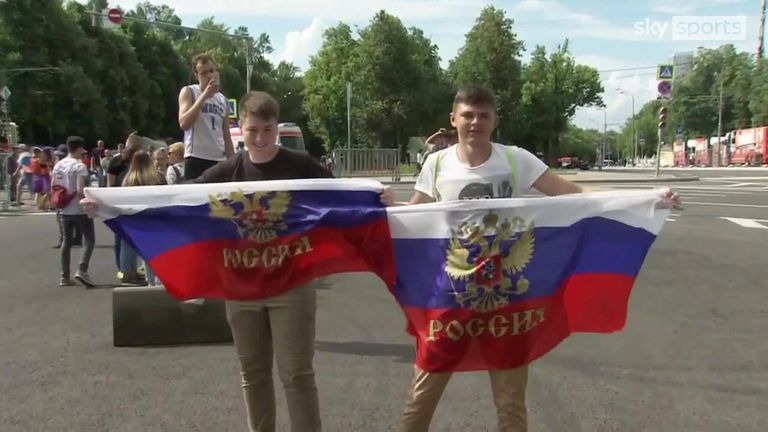 Russia and Turkey have joined the UK and Ireland in declaring an interest to host Euro 2028.

It had seemed a joint-bid from the UK and Ireland would be the sole application for the tournament but on Wednesday Russia - despite the current suspension of their clubs and national teams by FIFA and UEFA over the country's invasion of Ukraine - and Turkey surprisingly put their name forwards to host the competition.

Russia and Turkey have also declared an interest in hosting Euro 2032, with Italy rivalling them for that edition of the European Championships.

Russia successfully hosted the 2018 World Cup but has been exiled from the international sports community since its invasion of Ukraine a month ago, with UEFA having already stripped St Petersburg of hosting rights for this season's men's Champions League final.

Only UEFA member associations that are not suspended, excluded or dissolved (as specified in the UEFA Statutes) may bid to host UEFA finals and UEFA final phases.

They have been able to put their name forward for these competitions because the Russian Football Union was not suspended when FIFA and UEFA banned the club and national teams.

"If that was to happen, this bid would be thrown out," Sky Sports News chief reporter Kaveh Solhekol said. "What I've been told is the UEFA executive committee is ready to meet very, very quickly to make that decision to suspend the Russian Football Union.

"If that was to happen, you have to look at article 11 of UEFA's bid regulations and that says, 'only UEFA member associations that are not suspended, excluded or dissolved may bid to host UEFA finals'."

The Prime Minister told LBC: "I think it's beyond satire that any football organisation no matter how bonkers and you know, driven by lucre they may be, would want to give Russia in the present circumstances the right to host a tournament." 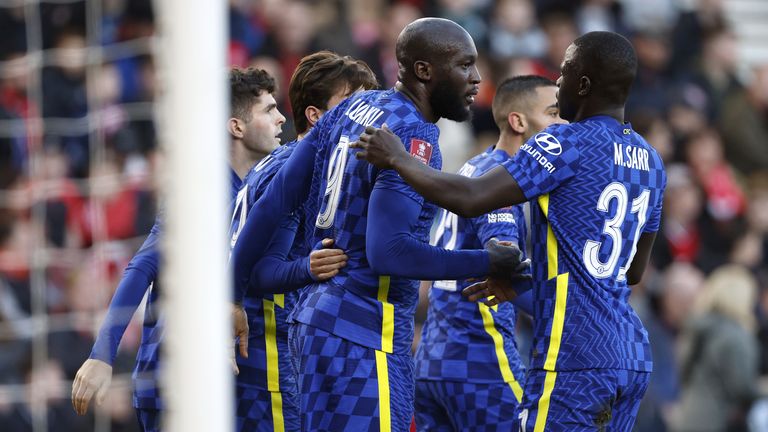 Sky Sports chief reporter Kaveh Solhekol explains why Chelsea have access to £30 million via Fordstam Ltd, owned by Roman Abramovich, so that the Blues can keep going until sold.

'Russia are making mischief; they have no chance of winning'

"It hasn't totally come out of the blue because Russia hosted a World Cup in 2018 and a lot of people said that was one of the most well-organised, successful World Cups ever. They have all the infrastructure in place to be able to host a Euros. It's something they'd been considering in the past.

"But nobody was expecting them to do what they've done today. It will be very interesting to hear UEFA's response to this because Russia are banned by UEFA and FIFA from playing at the moment.

"In the short-term it's a big headache for UEFA. They were expecting the only bid for Euro 2028 was going to be from the UK & Ireland and then in two weeks' time they were going to announce the Euros for 2028 were going to be in the UK & Ireland. But this means there has to be a whole bidding process and a vote by the executive committee, which is going to take something like a year and a half.

"But from the outside looking in, it looks like Russia are making mischief because they must know they have absolutely no chance of winning a vote to host either 2028 or 2032."

How did we get here?

The national associations of England, Northern Ireland, the Republic of Ireland, Scotland and Wales had been involved in a feasibility study looking at a possible bid for the centenary World Cup finals in 2030.

However, they jointly announced on February 7 their intention to go for Euro 2028 instead.

Why did they do that?

Mark Bullingham, the chief executive of the English FA, spoke last month about the greater "uncertainty" surrounding the FIFA process. The bidding regulations for 2030 have not yet been confirmed, while the international calendar beyond 2024 is not yet fixed. The possibility of a switch to biennial World Cups looks increasingly unlikely, but altogether the Euros were deemed the more appealing option.

Who else is in the running?

Because Russia and Turkey are rivalling the UK & Ireland, there will be a bidding process and a vote by the UEFA executive committee, with an announcement made in September 2023.

Where would matches be played if UK & Ireland win?

Wembley would be the obvious favourite to host the final, while any number of Premier League stadia fit the bill. The Principality Stadium in Cardiff, Hampden Park in Glasgow and the Aviva Stadium in Dublin would also be likely to feature, while Northern Ireland is also keen to host matches. A redeveloped Casement Park could be one option, but nothing was ruled in or out by Irish Football Association chief executive Patrick Nelson last month.

In all, the five associations should comfortably be able to fulfil the stadium requirements set by UEFA - a minimum of 10 stadia in total, one holding at least 60,000 one or preferably two of 50,000, at least four with a minimum of 40,000 capacity and at least three holding a minimum of 30,000 people.

That is still to be decided. UEFA's bidding information published last year said automatic qualification cannot be guaranteed for any more than two hosts. Football Association of Wales chief executive Noel Mooney said last week the bidding countries had agreed on a "concept" for determining qualification, but that UEFA would have the final say. It is widely expected that Euro 2028 will be the first continental finals to feature 32 instead of 24 teams.

Would the UK & Ireland bid be good for UEFA?

Very much so. Following on from hosting Euro 2024 in another big market, Germany, a finals staged across the UK and Ireland promises a major revenue boost for UEFA and its member associations as they recover from the financial impact of the Covid-19 pandemic.

There had been concerns that the chaos surrounding the Euro 2020 final had damaged England's reputation as a major event host, but UEFA continues to demonstrate its faith in Wembley and will bring the 'Finalissima' match between Italy and Argentina to the London venue in June, while England are also the hosts for this summer's Women's Euros.