Manchester City vs Liverpool: Could there be a play-off for the Premier League title this season?

Man City and Liverpool have been so equally matched this season that the inconceivable prospect of a play-off to decide the Premier League champions remains a possibility with just two games of the campaign to go. But what needs to happen? Where would it take place? And when?

Manchester City and Liverpool's Premier League title race is set to go down to the wire - but just how close are we to seeing a play-off for the title?

It has never happened before, but with just two games to go and three points separating City and Liverpool, it remains possible this season's title race could be decided by a one-off match following the conclusion of the league season. What a prospect.

Before we get into the specific results needed for this to happen, here are the Premier League rules for determining table position:

What would have to happen for a PL title play-off?

As City and Liverpool drew both of their head-to-head encounters 2-2 this season - in perhaps two of the most enthralling contests of the Premier League campaign - they cannot be separated in that regard, which leaves us with the almost inconceivable possibility of a play-off for the title. 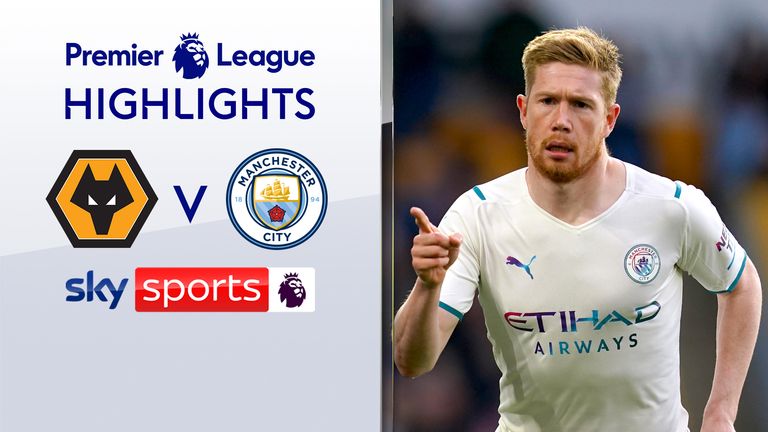 FREE TO WATCH: Highlights from Wolves' match against Manchester City in the Premier League

A final, as it were, to decide the champions of England. Heady stuff.

It would, of course, take a rather precise string of results to reach such an end goal.

But with Liverpool facing a Southampton side that has shipped four goals or more on three occasions since the start of March, and City's centre-back injuries piling up ahead of Sunday's trip to West Ham, you never know.

Here is a scenario that would see the teams finish completely level:

Where would it be held?

One would assume such a game would take place at Wembley, the home of football. But the Premier League handbook fails to go into that detail. Perhaps because no one anticipated we would ever get to the point whereby, after 38 league games across a whole season, two teams could not be separated.

The decision over neutral location, as stipulated by the rulebook, would be determined by the Premier League board.

That leaves the possibility - a frightening one for Manchester United fans - that a Premier League title play-off between City and Liverpool could take place at Old Trafford, with both teams based in the north-west.

When would it happen?

The first available weekend following the Premier League's conclusion is May 28/29, but Liverpool are unavailable on those days as they are playing Real Madrid in the Champions League final.

That would leave the first weekend of June as the ideal option for the clubs, but it would also depend on the available dates of the desired neutral venue.