Steven Gerrard exclusive interview: Aston Villa head coach on first season in charge and the plans for the club's future

“Loving it.” That is the succinct verdict of Steven Gerrard as he reflects on his first six months in charge of Aston Villa. Speaking to him at the club’s training ground, the overriding sense is that his plans for Villa have only just begun.

During this discussion, he will identify what has worked at Villa and what needs to change, explain the criteria that is helping to construct a new culture, and reveal his plans to strengthen the spine of his team. He has his targets in the league and the cups.

It is another hectic day for Gerrard. The broadcast media section of his press conference is done but the written press are awaiting him after this one-on-one interview. He apologises for stepping outside to take a brief phone call before taking his seat and exhaling. 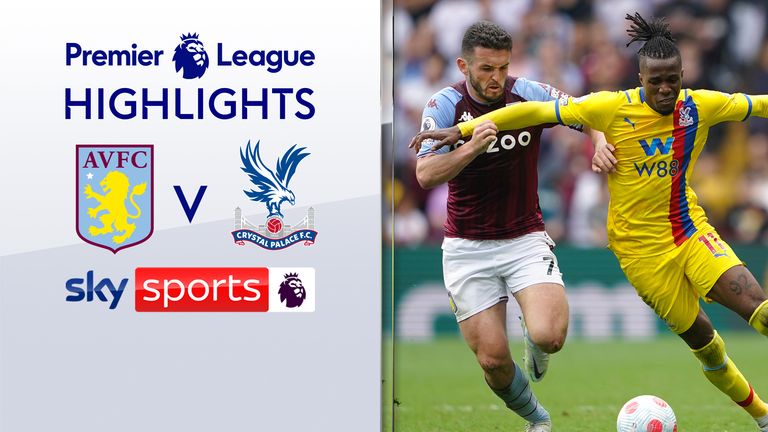 "We have not had a chance to breathe since we have been in," he tells Sky Sports. He means since November. These six months have seen ups and downs. He immediately ended the run of defeats that had preceded his arrival by winning his first two matches.

But there have been lows too.

A trio of defeats either side of New Year halted momentum. Four in a row in the spring did not help the mood either. But it has been better over the last month with signs of a style developing, the signing of Philippe Coutinho bringing some excitement too.

Gerrard knew it was not going to be easy. "I don't think anyone thought I was going to come in and automatically change Villa into a top-four team in the first six months. That is unrealistic. It is a process. We are improving as quickly as we can but it will take time."

At 41, even with that Scottish Premiership title win with Rangers last season behind him, Gerrard is still learning. He admits that dealing with those defeats has been a challenge. In his entire career, his team never lost five in a row as Villa had done before he came in.

"One of the things I have been trying to do better is to be more balanced around results. You do have to adapt and evolve and that is what I am trying to do. But if anyone thinks my career was just a breeze and it was all up, up and up, you haven't analysed it properly.

"You can still demand. You can still set high standards. But you also have to understand who you took over and where they are, how big the job is and how long it is going to take."

That, perhaps, is the thought occupying the minds of Aston Villa supporters. The investment is there, the plans are in place. But what is the timeframe for success and what will that success look like in a Premier League where others have ambitions of their own?

"I think we are further ahead here than we were at Rangers. But it does take time, it takes windows, it is a patient process. It is not just going to change overnight. But I think we have got the ingredients here to become a really strong team in this league."

There are reasons for his optimism.

The emergence of Jacob Ramsey is significant. Gerrard has given a Premier League debut to Tim Iroegbunam, while Carney Chukwuemeka continues to develop. "The young players have been a standout, that has definitely been a positive," he says.

"Another big positive for me has been that when you come in during the season it is very challenging to get your identity across of how you want to play, but we can see in a lot of areas that people are stepping forward and really grabbing positions in the team.

"I will give you an example. In the full-back areas, we feel both full-backs are in a fantastic place." He is referring to Matty Cash and Lucas Digne. "They suit our style that we want to play. That's just one example of an area where we are really happy."

The signing of Coutinho, with his loan converted to a permanent transfer earlier this month, means Gerrard has excellent creative options in the wide areas now too. Emiliano Buendia is emerging as a fan favourite. Leon Bailey's undoubted potential remains.

"There are areas of the team where we are blessed and lucky to have some top talent but there are also areas where we believe we can get stronger and better." The natural follow-on question is to ask which areas these might be. At first, he is reluctant to say.

"Let's just leave it pretty vague and say we are looking to upgrade the eleven." But further discussion teases out a more revealing answer. "I think the spine of the team needs some support," he acknowledges. Individual errors have been an issue all season.

"You can never stop working with your players, trying to improve them. But sometimes individual errors are on the individuals. If things don't change you are left with no choice. You either change them with someone else in the building or you upgrade them."

And yet, he does not expect a flurry of signings.

"We have got enough volume here," says Gerrard. "We have got enough bodies here. I don't need quantity. I am looking for upgrades in certain areas of the team, who will naturally make the squad better. We are looking to bring in players who are ready to play."

But what does he look for in a player? The clue is there in the characteristics of those he has already signed. "If you look at our four additions in the January window, they came from clubs that are used to the responsibility of pressure of winning," Gerrard explains.

"Lucas Digne at Barcelona, Philippe Coutinho at Barcelona and Bayern Munich. Robin Olsen, an international player with pedigree. Calum Chambers has been at Arsenal challenging for the top four.

Does he have that culture established yet?

"Not fully," he admits. "I think it is a work in progress. Pre-season will also be an opportunity for me to sit with the staff members who we have inherited here and discuss how he want them to support the players. It will be a chance for us to really reset the culture.

"We are well aware that the challenge for us now is to find a better level of consistency. I believe that with a full pre-season, with players being around us for more time, more comfortable, and also recruiting well, we will be more competitive next year."

There is talk of focusing on Burnley on Thursday. Villa also play Manchester City in the game that will decide the destination of the Premier League title at the Etihad Stadium on Sunday. But throughout this conversation there are the references to pre-season.

It was always in the thinking from the moment that he arrived. "The remit from the top was to come in with the priority of getting the team into a safe position, analyse everything from top to bottom and then reset it in pre-season to be better equipped to go again."

Where does Gerrard see Aston Villa six months from now?

"Higher up the table," he replies.

"I think realistically we should be minimum in the top half. Minimum. We want to go and push up towards the top six and we want better runs in the cup competitions. That is where I want to be. I want to be in both cups and I want to be in a higher place up the table."

The determination is not in doubt, the appetite unsated. Gerrard will not be joining his old pal Jamie Carragher in the media any time soon. "No, he is better at that job than me," he laughs. It is this job - the Aston Villa job - that is his focus now. And he is loving it.