Man Utd manager Erik ten Hag faced questions on Cristiano Ronaldo and Casemiro ahead of Thursday's Europa League group game against Omonia Nicosia; the Dutchman says on Casemiro's restricted role so far: "It was nothing to do with Casemiro, it was all to do with Scott McTominay" 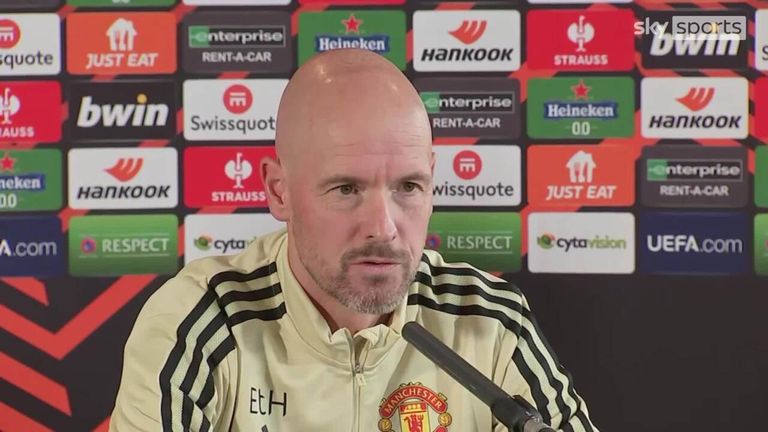 Manchester United manager Erik ten Hag says Cristiano Ronaldo is frustrated when he is not playing but dismissed suggestions the forward could be sold.

Ronaldo was an unused substitute in Sunday's crushing 6-3 derby defeat to Man City, with Ten Hag explaining after the game that he did not bring on the five-time Ballon d'Or winner "out of respect".

The Portuguese forward asked to leave United in the summer and speculation about his future has intensified with Ronaldo seemingly third-choice centre forward, but Ten Hag insists he is in good spirits.

"I don't see that he is unhappy," said Ten Hag, ahead of Thursday's Europa League group game against Omonia Nicosia. "He is happy, he is training well and he is enjoying.

"It has nothing to do with the future, what's happening for January or next year," Ten Hag said of his decision to keep Ronaldo on the bench.

"He's not happy that he didn't play Sunday, don't get me wrong, but the question was about his mood in training, where he's happy. Of course, he wants to play and he's p***** off when he's not playing." 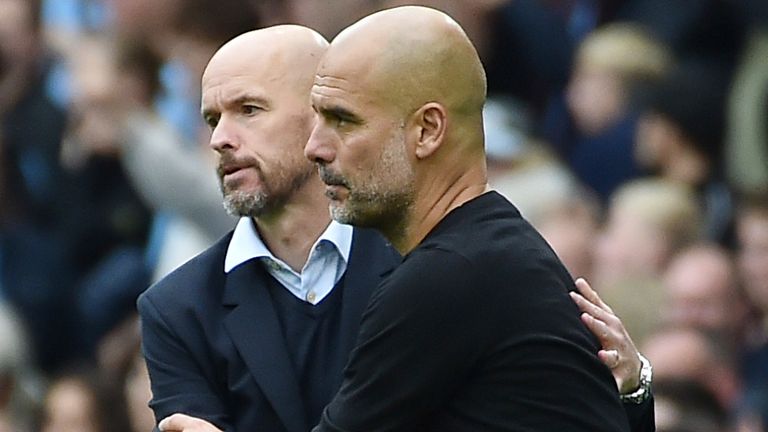 'Thank you for the lesson, Pep and Man City' - Erik ten Hag on Sunday's derby defeat

"We got a reality check with Man City. So thank you for the lesson, Pep and City. We have to understand, we have to do things much better."

Why is Casemiro not playing?

Casemiro's absence from the starting line-up against Man City has raised some eyebrows, with Ten Hag preferring Scott McTominay in the defensive midfield role so far this season.

Following Casemiro's £70m move from Real Madrid at the end of the summer, it felt inevitable that the Brazil international would take up a starting role immediately, but he has been largely kept out of the side.

Ten Hag says his decision to stick with McTominay was about fostering a sense of competition in his squad as he rewarded the Scotland international's impressive start to the campaign.

"It was nothing to do with Casemiro, it was all to do with Scott," said Ten Hag.

"I'm sure that Case will play a really important role. We know his background and the titles he won.

"We see in training what he can contribute and he will be a really important player for this team. I'm convinced that will happen."