Who could Liverpool target in the January transfer window?

The Reds are five points off the top four and Sunday's dismal 3-0 defeat by newly-promoted Watford extended their winless run to four games in all competitions.

On Monday Night Football, former centre-back Carragher was asked which areas Klopp needs to strengthen in January. "I think there's more than one," he said. "The performance and result at Watford will be in his mind for the rest of the season. 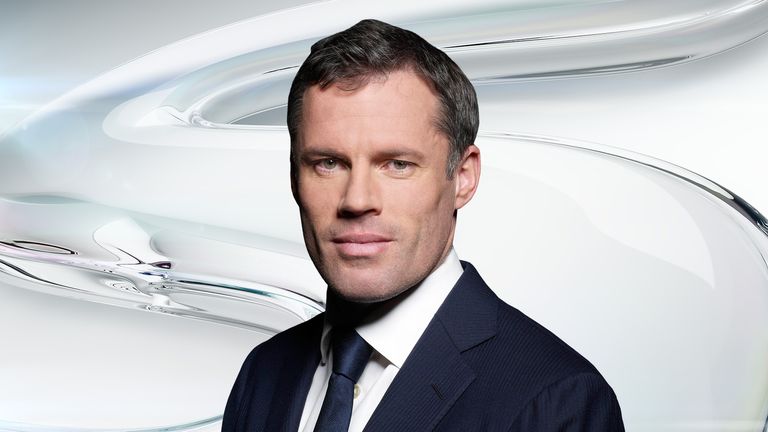 If I was Klopp, I'd be thinking goalkeeper, two centre-backs and a holding midfield player.

"If I was Klopp, I'd be thinking goalkeeper, two centre-backs and a holding midfield player," he continued. "Forget the City and Chelsea wins earlier in the season, you play the top teams once a month, there's only four or five of them.

'We lost our heads'

Jurgen Klopp was disappointed by how his players responded to going behind against Watford.

"But Newcastle and Watford, they are the type of teams you play week in, week out, and I think they have been a major shock to Klopp. This is what the Premier League is like, and Liverpool haven't got the players to cope in those games."

So, who could Liverpool target when the transfer window opens? We look at some possibilities for the Reds in goal, at centre-back and in defensive midfield…

Klopp insisted he was not looking for a new goalkeeper at the start of December, but Simon Mignolet and Adam Bogdan's hapless performances since then may have changed his mind.

Stoke City's Jack Butland would surely fit the bill. The 22-year-old has been outstanding since taking over as the Potters' No 1 this season, keeping seven clean sheets and posting the highest save percentage (80.95 per cent) in the Premier League.

Is Butland now No 1?

Butland would not come cheap, however, and while he recently described speculation linking him with Liverpool as "wonderful", he insists he is happy to stay at the Britannia.

The Reds have also been linked with Marseille captain Steve Mandanda. The experienced France international is out of contract in the summer and would certainly be a more affordable alternative to Butland.

Martin Skrtel's injury against Watford could force Klopp's hand when it comes to central defence. Could he be tempted to raid his old club Borussia Dortmund? While Mats Hummels is probably an unrealistic target, a move for Neven Subotic might be a stronger possibility - and reports suggest he is a target.

The Serbia international centre-back has struggled with injuries at Dortmund this season and lost his place to Sokratis Papastathopoulos. Liverpool couldn't give him Champions League football, but they could offer more regular playing time, and he might be tempted by a reunion with Klopp.

Liverpool have also been linked with Schalke centre-back Joel Matip. The 24-year-old, who stands at 6ft 4in, has impressed in the Bundesliga this season and, with his contract set to expire in the summer, the Reds are reportedly at the front of the queue to sign him.

According to the Liverpool Echo, the Reds will make Red Star Belgrade midfielder Marko Grujic their first signing of the January transfer window. The 19-year-old is reportedly set to arrive for a fee of £5m, giving Klopp another option in midfield.

Who is Marko Grujic?

All you need to know about the Serbian midfielder reportedly close to joining Liverpool.

Grujic is not a naturally defensive player, but the Serbia Under-21 international has excellent physical attributes and could fulfil a box-to-box roll. Meanwhile, Klopp has also been linked with Ilkay Gundogan, another of his former players at Dortmund.

The Germany international has attracted interest from Manchester United in the past, and he would certainly provide an injection of quality in Liverpool's midfield. Convincing Dortmund to sell, however, might represent a considerable stumbling block.

Who has the toughest run?

We look at which Premier League teams have the toughest Christmas fixtures?