Richarlison has scored more goals for Everton than any player since joining the club 18 months ago. One more Premier League goal this season would make him just the second Everton player to reach double figures in successive seasons this century.

That scoring record alone makes him a key man at Goodison Park, though it's just one of a number of ways the Brazilian can influence a game.

Off the ball, few match his level of commitment to the cause. The fact Richarlison's made more tackles than any other Premier League forward this season is impressive enough. The fact he's done so by such a wide margin - his tally of 55 is currently 18-more than the next best return - is particularly striking.

Richarlison's already made more tackles this season than in all of his first year at Everton - and that's not the only part of his game on the rise.

He's also dribbled past more opponents and created more chances than in all of last season which, more impressively, includes creating four times as many big chances for his side. As one would expect of a 22-year-old, it seems most parts of his game are improving.

Maps charting his most common positions and his challenges made this season highlight just how far the Brazilian tends to roam for his side - more of his tackles have come in his own half.

This kind of contribution sometimes acts as compensation for a forward with a modest scoring return. For Richarlison, it compliments a strong goal record that's starting to stand up alongside other leading forwards.

His 22 Premier League goals since the start of last season ranks 10th overall and is respectable enough. He's one of just two players currently under 25 to have scored more than 20 goals during that time - Manchester United's Marcus Rashford is the other. Excluding penalties, Richarlison has the most of any player in that age range. 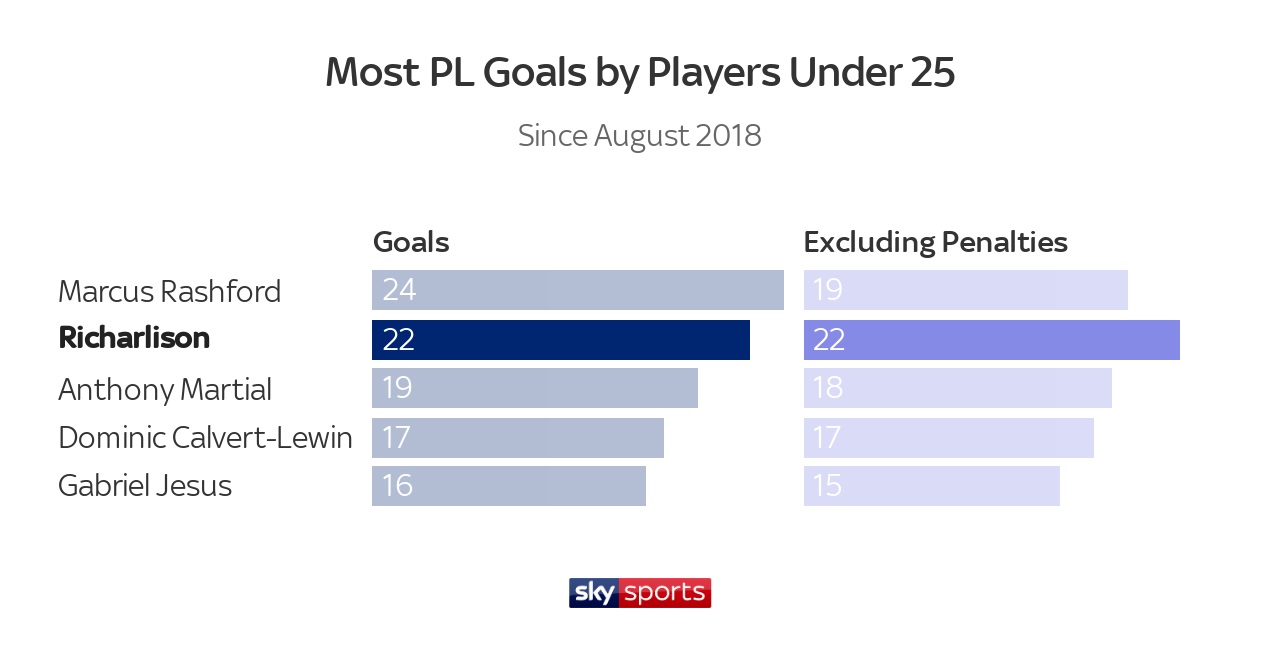 Richarlison's ability with either foot and head are a major reason for this return and similarly augment his standing among positional peers. He's the only Premier League player to have recorded over 15 attempts with all three body parts this season.

Comparing his return with the division's most persistent shooters emphasises his especially even split of attempts and effectively the triple threat he poses to a defence. 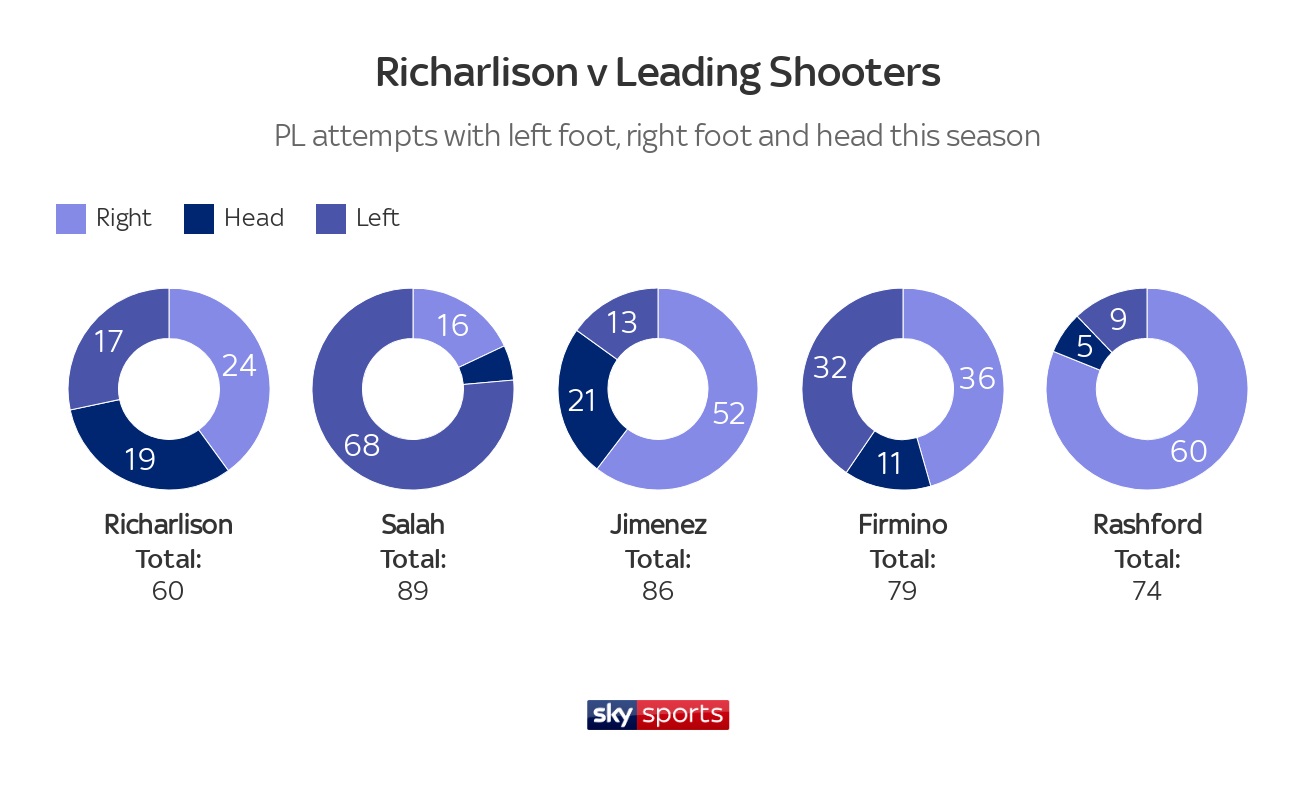 The Brazilian's aerial ability is the most underrated of the three and actually ranks alongside the Premier League's best in this department. No forward has tested a goalkeeper with more headed shots on target this season and, perhaps more surprisingly, just one has managed more headed attempts from indirect set-pieces.

Unsurprisingly, given these stats, he's also one of just four players to have scored at least five goals with both feet and head since the start of last season. As his game improves, this rounded ability should start boosting his goal return even further.

Richarlison's been one of Everton's key players ever since joining the club. His new manager, Carlo Ancelotti, recently described him as having "world class" potential and, given the extensive list of superstars the Italian has worked with, few would be better judging this ability.

Reaching that potential will depend on the player, but few possess the ability to impact a game in so many ways. Whether it be running after opponents or at them, hitting the target with either foot or his head, from set-pieces or open play, Richarlison's rounded game makes him one of the more unrelenting threats to Premier League defenders.